March 8: 5 POWER Lessons From 5 Leaders Who Made History On This DAY!

Each of the below lessons derived from the journeys of some of the most amazing and inspiring leaders from our history, are sure to impact your mind, and heart, to help you take the right action to achieve every dream of yours.
This Page Has Inspired
1047
People So Far.. 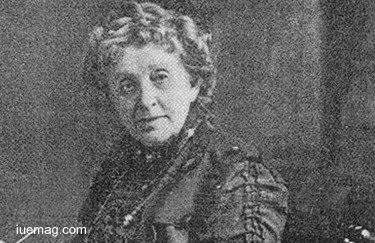 Josephine Cochran mirrored the struggles and discomforts encountered by the people of her kind. Voicing out the needs and healthy demands of the hearts who craved for an up gradation, she became the reason to end pain and misery of not only home makers, but also huge number of workers. Her spark oriented thought to invent her innovation, let her gift reach the hearts of the society and stand as a highlight which confronted the daily difficulties which were witnessed by common people in their daily routines.

She dreamt of mechanizing the tedious jobs mostly of home makers and kitchen workers by sculpturing her ideologies to create a substitute methodology to get the work done. Believing the fact that, only you can cast a suitable remedy for the problem you face, she raged as a volcano filled with enthusiasm, holding the glory of inventing the first commercially successful automatic dishwasher. The foam soaked her elbows after cleaning the utensils, which gave her, the skeletal idea of the dish washer in the span of 30 minutes. She was granted her first patent on the Garis-Cochran Dish-Washing machine.

2. “Success is not a one-time credit! It is a continuing award that is directly proportional to your efforts.” 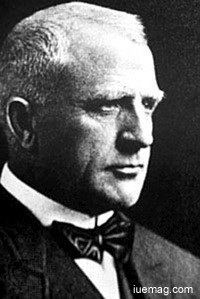 Starting as a carpenter, he emerged as a successful businessman! Lamarcus Adna Thompson, “father of gravity ride,” born in Jersey, Ohio, directed his fortune at the age of 35 by starting a company for producing women's stockings. As the business was at a cost of his health he quit it but not his life and aims. The transformation of the railroad line into a tourist’s amusement inspired him to spread the essence of roller coaster to the whole world. Railway was one of the most discussed buzz word of those days.

It was he who developed the first authentic American roller coaster by a keen analysis on the improvements and adding his new ideas. After receiving a patent for his work, he never sat idle. He was adequately determined to tackle the competitors arising by experimenting with visuals like scenery, special effects with tunnels and lights to provide a refreshing experience to all the riders; whereas his competitors’ major focus was to increase the speed, height and steep.

As a result of his unwavering hard work and sincere efforts, he marked his career with a grand success by launching the scenic railways around the world. Refining every attempt to better the product, he produced a more astonishing and rejuvenating visuals which secured a place in the hearts of the riders.

Subconciously, we tend to look up to a talent and would desire to gain a bit of it in order to radiate energy and guidance to a lot of people around us. Following your footsteps, souls surrounding you, may witness bliss and cherish your portrait in their minds all throughout their lives. You become respectable if any quality in you, irrespective of anything, impacts and carves a sense of motivation and righteousness which indeed acts as push for everyone who crave to build milestones to reach the peak of success.

The father of nuclear chemistry, Otto Hahn, a German chemist and pioneer in the fields of radioactivity and radiochemistry was exclusively awarded the Nobel Prize in Chemistry for the discovery and the radiochemical proof of nuclear fission. He grew tall as the most influential and respected citizens, who tenderly sculptured his abilities to experiment and study about alpha-rays of radiothorium and radioactinium. Aiming to become an industrial chemist, he, at 15, conducted experiments in the laundry room at home due to his special interest in chemistry. Becoming the reason for immensely adorable developments to arise in the field of chemistry, he is certainly an idol for scholarly excellence and personal integrity. However, words cannot measure the joy obtained when you are looked upon and followed by dreamers who dream of leading a fruitful life.

4. “Pure and sincere attempts to fulfill your ambitions, serve as a bridge between your dreams and reality.” 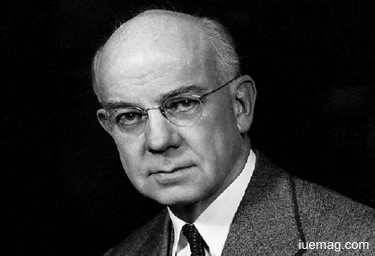 The tracts you leave behind does not just create legacy to be remembered, but also to be learnt from. Hence, earnest working and regular practices leads you towards perfection, a key ingredient to realize your dreams and achieve what you want to. It’s okay to fail in your attempts but there should not be a failure to attempt is followed by most who envision the celebration of happiness embedded in your growth Edward Calvin Kendall, attempted to elucidate a chemical structure, a bitter disappointment appended the end result.

Yet, the Nobel Prize winner was instrumental for the work with the hormones of the adrenal gland who was responsible for many remarkable developments on the floor of biological, medicinal and biochemical sciences. Many notable discoveries like isolation of thyroxine, glutathione and more elongate his list of achievements and contributions. Committing himself to the search for the hormones of the adrenal cortex, extracts of which alleviated Addison’ disease, he poured justice to the statement, ‘end results turn out to become a legacy, if done by yourself with complete attention and dedication because only you can produce the best of your work. Equipping the future by brilliantly unfolding blocks of knowledge, he defined the secret behind tasting success: prefix trials to your start for realization to suffix your life.

5. “More than raising voice against evil, upholding the importance of ‘goodness’ is significantly important.” 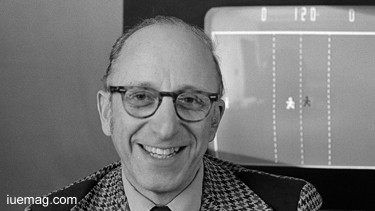 Always remember, negative and useless subjects prevail in the society despite complaining and grieving about it. Opposing and fighting against evils may not completely de-root them but inclining ourselves towards our objectives and abiding by the deep sense of dedication towards what we dream to become, shall help us get encapsulated into an atmosphere of positivity, which simulates our spirit and glorifies our way of life. We are aware of the fact that diamonds can be spotted in couch of stones, if the weapon of optimism is used. Defining this fact, Ralph Henry Baer, gave rise to the rhythm of gaming by reforming the aspects of entertainment.

Called "The Father of Video Games", German-born American inventor, and engineer contributed extensively to games and the video game industry in the latter half of the 20th century. The electronics engineer was asked to build "the best television set in the world". His elevated creativity allowed his idea of playing games on television screens to reach the external world. Although his boss rejected it initially but later, he went on to develop eight hardware prototypes, which was the first home video game console. Having been awarded the National Medal of Technology for "his breath taking and pioneering creation, development and commercialization of interactive video games, which spawned related uses, applications, and mega-industries in both the entertainment and education realms,” he continued to relish the art of gaming by gifting new and ingenious emphasizing video game consoles to the world.

Illuminating another person’s life and gifting them what we can, casts unlimited happiness and satisfaction in them. You will surely be honored if you become the reason to switch on the torch to glow the society. Take back these learnings to indulge your next new dream into reality which captures the contentment of encountering the purpose of your life.
Get the Latest & Recommended articles in your Inbox

This Page Has Inspired
1047
People So Far..
Any facts, figures or references stated here are made by the author & don't reflect the endorsement of iU at all times unless otherwise drafted by official staff at iU. This article was first published here on 8th March 2017.
iU eMagazine
Editorial Team of iU eMagazine