We all have a passion for something in life and the desire to fulfill it but life gets challenging at certain points and the direction completely changes. What is it that it takes to cross those hurdles and still fulfill your dreams? Well, Melvin's journey can answer!
This Page Has Inspired
58758
People So Far..
The moment you watch him dance, his moves can make you move even if you have never danced in life. That’s Melvin Louis, a passionate dancer from Mumbai, who introduced his own kind of dance styles, and is one of the most sought after dancer by the young aspiring dancers of the country, whose YouTube history are filled with the videos by Melvin’s academy. But there’s more to Melvin’s journey more than just his passion for dance; a journey of overcoming struggles, a journey that can teach you the most important success secrets, a journey that can help avoid your future failures. 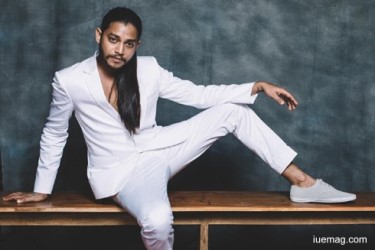 Born and brought up in a loving family, doing what he was passionate about, was always supported. Sports during school days, basketball in particular, prepared and equipped him for the future wars of his life. His coach made him practice for long hours that led him to build his stamina much better. The young boy became a champion at the sport, while his victory grabbed the attention of many, which was also one of the reasons that led him to more such accomplishments. Like most of us, his childhood dreams too, slowly changed to another. He loved visualizing himself as a banker, walking in suits into his office, talking to clients and what not!

“But god had other plans” he says, “I got into an investment bank after graduation. In a few months, I got a message that I was losing my job. Within a month after that, the bank closed. When I left in April 2008, I still remember telling myself I need to become someone who is irreplaceable” and yes, today, he is irreplaceable.

He believes that it doesn’t really matter if a person is skilled, because skills can always be taught. He believes in the fire within him/her. He mentions, “Lots of people today approach to learn from me. I have also trained people who couldn’t afford, for free. What works for me is the level of passion that someone has; I see if they have the fire like I did when I started.” Melvin also believes in breaking stereotypes.  While many try to have only good looking people in their dance shoots, the dancers are chosen based only on their talents in Melvin’s videos. 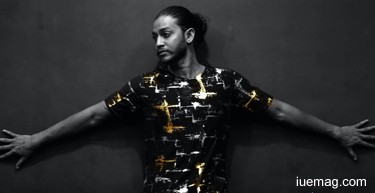 Melvin always liked dancing since school days, but realized he could excel at it when he was at his college, while he performed for the annual day. The entire crowd went crazy and that was when Melvin realized he could truly master the art. Although still a young boy, he was responsible enough to earn for his own expenditures, working at a network provider service centre. He slowly learned the art of communication, improved his social skills and by the time he would graduate, he was all set to build his career.

It was after his work at the bank that Melvin decided to pursue what gave him joy, more than work just for money. He was by then performing with artists but felt monotonous when he found people continuing with the same dance moves and boundaries. He wanted to start on his own, began to create his own styles, designed posters to promote, during days when design poster for a dancer was very uncommon.

He recalls the phase, “While others were focusing on art that existed, I believed that art is something that needs to be explored". So I always kept exploring, researched what’s new and what more could be done. At the same time, there were a lot of dance studios opening and people were looking for cardio activities -  yoga classes or aerobics. But it was the same old, there wasn’t much that was new. So I started mixing up krumping and hip-hop routines and called it krump-hop. I also started something called Bolly-swag after that one.” 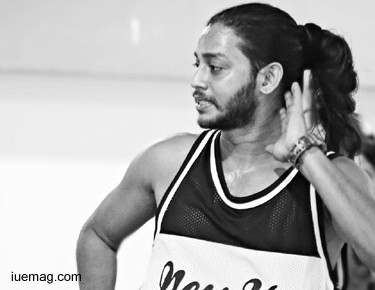 He slowly realized he wanted to do something bigger and better. He wanted to make people understand their capabilities. It wasn’t easy to open his own studio to train people, but he never let go off the dream, instead channelized his thoughts and action to making it happen. That was the start to his never-ending journey. “A good teacher is someone who can make you a star. I wish to teach people who wish to learn. Now, I have trained people who can train others” he states. A self-taught dancer, who hardly picks up what’s already there, instead creates his own style, Melvin is definitely setting the right trend and example to today’s generation. While a lot of dance trainers wish to teach those who are already good at the art to an extent, Melvin loves to train beginners. He feels the need to help those who want to really do it with zeal and passion.

Melvin also speaks about some of the most important keys to success, “Every journey is about fight; fighting for yourself and within yourself. You are never a winner if you are trying to give yourself different kind of excuses to not  have done something. Winning doesn’t have an end. It’s like buying a car – after you buy a car, you will always aim to buy a better one. That’s how life is. There is always another step to take and succeed. Make sure you dream of whatever you wish to win. Don’t give yourself reasons why it didn’t happen. It’s simply about you doing it and making it happen. Always keep learning. Most importantly, we all need to polish our skills every single day. We need to be better than yesterday.”
Get the Latest & Recommended articles in your Inbox

Subscribe!
With a lot of people approaching him for guidance, he decided to tour the country naming his campaign “meradeshmerabass” and help out those who were really eager to get his advices and suggestions to better themselves. He is currently touring a few metro cities of the country including Delhi, Bangalore, Pune and others.

Melvin is also looking forward to next travel to towns where youth do not have access to many opportunities in the industry. He has also been involved in choreography for Bollywood movies. His patience to wait until he achieves his goal, his determination to rediscover himself every single day and his commitment to add value to another life, are definitely some of the most important qualities one needs to have to succeed in life. At the same time, speed in every action he took, managing his priorities right, helped him reach this far. His journey undeniably portrays the true meaning of victory. We believe that you will be equally proud as much as we would be, when Melvin’s journey inspires million others like yourself, and help take action towards their dreams.

While there are innumerable movies you could watch on 123movies trying to find content that matches your interest, there's always unlimited inspiration in following such self-made stars like Melvin on YouTube & elsehwere. "Follow your dreams & you will achieve great success" is the clear message from his life story.

This Page Has Inspired
58758
People So Far..
Any facts, figures or references stated here are made by the author & don't reflect the endorsement of iU at all times unless otherwise drafted by official staff at iU. This article was first published here on 24th March 2017.
IJ Kavyashree
IJ Kavyashree is a contributing writer at Inspiration Unlimited eMagazine.