BlockShow Europe 2017: The First Blockchain Oscar to be Held This Spring

March 2, 2017 - the first stage of Blockchain Oscar starts under the BlockShow Europe 2017 programme.
This Page Has Inspired
1043
People So Far..
Blockchain Oscar is a Startup Competition, which will be held in two rounds. The first one will take place online for three days on March 2-4. During this stage, the board of expert judges will give the thorough look at the participating projects and assess each one of them; finally, the shortlist of 6 the most promising companies will be selected. These exact startups will join the the second and final round of the competition, which is to be held on the Main Stage of BlockShow Europe 2017 on April, 6. During this part of Blockchain Oscar, the finalists will pitch their ideas live before the jury members and more than 500 BlockShow attendees. 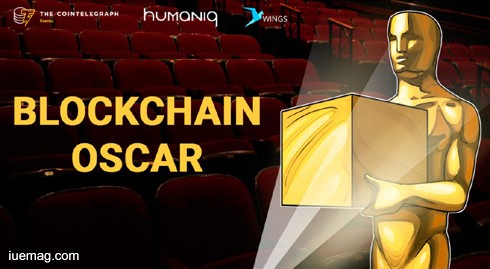 Together with CoinTelegraph Events, the BlockShow Europe 2017 organizer, Blockchain Oscar is also supported by such companies as Humaniq and Wings. Thus, Humaniq, the next-generation bank built on the open-source Ethereum platform and the Main Blockchain Oscar Sponsor, provides the major part of the Competition’s prize fund and several jury members. The another sponsor of Blockchain Oscar - Wings, a decentralized platform for creating, joining and managing DAOs - provides one more additional nomination, only partly dependent on the jury decision.

The whole prize fund of Blockchain Oscar would amount €13000. The major nomination is going to be “The Most Innovative Blockchain Startup” - it’s winner will be awarded with €5000 worth in BTC. But that’s not all - the contestants will also compete with each other for the title of “The Startup Most Valuable for Humanity”, the winner of which will receive  €5000 worth in Humaniq tokens.

In addition to that, Blockchain Oscar will include one more category: “The People’s Choice”. The main difference of this nomination is that the winner will be determined by the online voting on the Wings website. The “People’s Choice” category involves two places; the winners will receive the prizes of 2 and 1 BTC respectively.

The jury board of the Blockchain Oscar 2017 is going to bring together bright, internationally known Blockchain experts from the various sectors. The full list of the judges will be announced soon, but already now there are 4 confirmed jury members: Richard Kastelein (CMO at Humaniq), Tawanda Kembo (Technical advisor at Humaniq), Anish Mohammed (Lead Security Architect at Lloyds Banking Group) and Jamie Burke (Founder at BlockchainAngels; CEO at Outlier Ventures).

Despite the fact that only 6 best startups will make it to the Blockchain Oscar finale, a much larger number of participants will try their hand in the first round - and the BlockShow team is excited to introduce the first 10 of them:

- Bernstein - a Bitcoin Blockchain-powered  platform that allows to quickly register any inventions, designs & proofs of use and provides Blockchain certification that proves ownership, existence and integrity of any Intellectual Property Asset.

- Adahoy -  a service that enables advertisers to easily create an affiliate network in a fast, transparent and reliable way. Built on the Ethereum blockchain, this solution also helps mitigate frauds and scams, which plague current online commerce.

- Quantoz - a company offering professional services to explore emerging blockchain technologies and crypto-currencies, and to understand the potential impact for various industries.

- CoinDash - built as a social network, CoinDash is a social trading platform where users can follow top crypto investors, invest like them and learn from them.

- Chain Capital - a FinTech start-up based in Zug, Switzerland.

- SolarChange - a Blockchain-based platform that gathers a network of services and applications to improve and increase the use of solar energy worldwide and provide solar owners with more value from their systems.

- Etherisc - a company which mission is to build decentralized insurance applications, making the purchase and sale of insurance more efficient, enable lower operational costs, provide greater transparency into the industry of insurance compared to traditional operations, and democratize access to reinsurance investments.
Get the Latest & Recommended articles in your Inbox

Subscribe!
- Zipper - an instant messaging tool which goal is to offer a truly modern alternative to paper and email by creating a messaging platform focused on bringing the latest technological innovations to the fingertips of professionals.

Find more about BlockShow Europe 2017 and get your ticket today on the official conference website. Please note that iUeMagazine readers can save 20% with the code IUMUNICH17!
Copyrights © 2023 Inspiration Unlimited eMagazine

This Page Has Inspired
1043
People So Far..
Any facts, figures or references stated here are made by the author & don't reflect the endorsement of iU at all times unless otherwise drafted by official staff at iU. This article was first published here on 1st March 2017.