For as long as man has been able to dream, he has reached for the stars. Space has always been the final frontier, and while humanity has made enormous strides in exploring the great unknown, it's difficult not to feel as though we've only scratched the surface.
This Page Has Inspired
1057
People So Far..
Since the launch of the first manmade object into space by Russia in 1957, the world’s space programs have worked tirelessly to extend farther than ever before into the great beyond.

The latest initiative toward that end is “Breakthrough Starshot.” Back in April 2016, Stephen Hawking announced that a new project, funded by Russian billionaire Yuri Milner, will attempt to launch a state-of-the-art spacecraft 4.3 lightyears away from our sun and send images back to Earth to be studied 20 years from now. 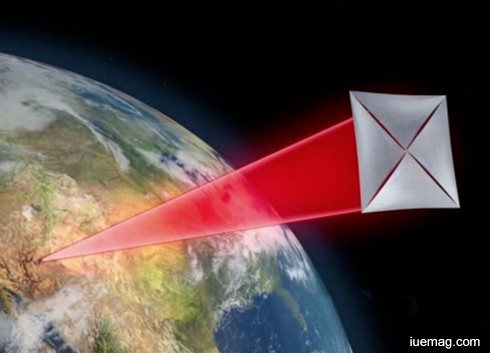 Mark Zuckerburg headlines the board members of the project, which will be led by Pete Worden, the former director of NASA’s AMES Research Center.

With today’s technology, the trip would take roughly 80,000 years. Naturally, the world’s greatest minds don’t want to wait that long, so a global effort has been undertaken to develop new reinforcement and propulsion technology for faster, more efficient space travel.

The most important part of a great voyage is knowing the destination. For Breakthrough Starshot, that destination is Alpha Centauri.

At 4.3 lightyears away, Alpha Centauri is the closest system to Earth, making it the prime candidate for interstellar travel and further exploration. It consists of three stars and possibly other planets.

4.3 lightyears equals 25 trillion miles — a distance that even light can’t travel instantaneously. In fact, it takes light four and a half years to travel 25 trillion miles, so it’s safe to say that humanity’s technology must improve if it wants to reach Alpha Centauri and study all of its secrets.

The Spacecraft (And How It’ll Be Built)

To put that in perspective, consider that the sound barrier is broken at 767 miles per hour.

Needless to say, those speeds from manmade vehicles are unheard of today, and in order to withstand the strain of the journey, the StarChips will have to be simultaneously light and extremely durable.

With the help of miniaturized electronics, the StarChips are incredibly small. Each one is about the size of a postage stamp and weighs the same amount as a paper clip (0.035 ounces), but can still hold all the bells and whistles , including cameras, a nuclear battery, computers, communication lasers and much more.

Hawking will employ the use of a 100-gigawatt laser blast to propel the StarChips out of Earth’s orbit, past Pluto’s orbit in three days, and on to the closest star in roughly 20 years.

Before they can launch, however, there are a few technological challenges to overcome, including the stability of the laser sail under thrust, debris encountered during interstellar travel (dust, gas, cosmic rays), power generation and storage, transmitting images back to Earth and aiming the probes at a planet 4.3 lightyears away. In addition, the StarChips will need to withstand incredible temperature extremes.

Most importantly, the ground-based light-beamer array that will propel the Starchips still needs to be built. It’ll basically be a giant laser farm, so scientists and engineers have to figure out a way to keep it from overheating.

All of these problems, and any others that will likely surface down the road, will require intense research and calculations from some of the world’s greatest minds.

The Future of Space Exploration

Breakthrough Starshot, if successful, will ultimately be viewed by history as the turning point in space travel. As spacecraft technology continues to develop — especially mankind’s ability to quickly traverse the stars — humanity might not be confined to Earth for much longer.
Get the Latest & Recommended articles in your Inbox

Subscribe!
All of the buzz surrounding Breakthrough Starshot and other space exploration efforts has increased the pace of aerospace engineering enrollment at universities nationwide, and has led to young people connecting to NASA through social media more frequently.

And as interest in space travel continues to grow in people at a young age, so the minds working to improve our exploration initiatives will grow as well.

Space exploration is a natural part of the evolution of humanity, so one can only hope that all of those little Starchips can make it safely to Alpha Centauri and send its secrets back to us.
Copyrights © 2023 Inspiration Unlimited eMagazine

This Page Has Inspired
1057
People So Far..
Any facts, figures or references stated here are made by the author & don't reflect the endorsement of iU at all times unless otherwise drafted by official staff at iU. This article was first published here on 19th March 2017.
Megan Ray Nichols
Megan Nichols is a contributing writer at Inspiration Unlimited eMagazine.