NYC is perhaps the greatest and liveliest city in the world. It has so many things to see and do that one visit surely won’t be enough. At every turn there is something unique to explore, keeping visitors on their toes during their stay. From museums to parks, statues to theatres, festivals and events and much more, you will have ample reasons to feel thrilled to be here!
This Page Has Inspired
1091
People So Far..
Here are some of the reasons to visit NYC:

The city is a great place to visit if you want to see some of the world’s most famous art.Some renowned places to see art include: The Metropolitan Museum of Art, The Museum of Modern Art, and the Guggenheim Museum. Museums where you can learn more about New York’s history include: The New York Historical Society Museum and the Museum of the City of New York. 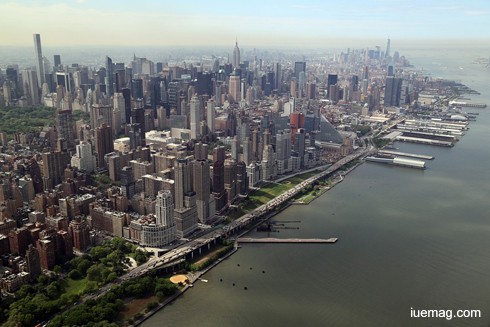 
Over 800 languages are spoken in the city which is a real testament to its rich diversity. The city is home to over 8 million people from innumerable regions and faiths making it truly a “melting pot.” Here, you get to see and meet so many different people from countries near and far. You can taste regional cuisines from every corner of the world including Brazil, France India, China, Japan and many, many more.

When it comes to sightseeing, NYC towers over other metro cities for its staggering variety of places and attractions. The city is a dream destination for tourists as it has it all to keep guests hooked, entertained and enriched for days. Some of the famous must visit landmarks in NYC include:  Grand Central Terminal, Times Square, the New York Public Library, the Statue of Liberty, the iconic Empire State Building, Brooklyn Bridge, Central Park, Prospect Park and much more.

NYC is a shopper’s paradise offering visitors some of the best places to splurge on the trendiest of items. Whether you look to browse through the shelves at vintages shops or engage in some bargain hunting on the streets, options are abundant here to delight the senses and exhaust the purse, literally! Some of the famous places to shop here include: Macy's, 5th Avenue, Century 21, Bedford Avenue, Williamsburg, Brooklyn Flea Market to name but a few.
Get the Latest & Recommended articles in your Inbox

Natural delights in the heart of city

New York City offers  the opportunity to enjoy natural delights right in the middle of the city. Visitors can bike around meandering paths in Central Park or take a leisurely stroll in Prospect Park. The 14-mile seashore is a further attraction in the city and don’t forget, the elevated High Line Park lets you enjoy nature alongside savoring the incredible skyline of the city.

There are many reasons to visit the Big Apple and you should go with a hop on hop off New York tour to get the most out of this iconic place.
Copyrights © 2023 Inspiration Unlimited eMagazine

This Page Has Inspired
1091
People So Far..
Any facts, figures or references stated here are made by the author & don't reflect the endorsement of iU at all times unless otherwise drafted by official staff at iU. This article was first published here on 20th March 2017.
Kabir Khan
Kabir Khan is a digital marketing enthusiast.
Unverified