YOLO: Inspiration For A Fearless Way Of Life. No Time To Fear

We all live only once and there is no reason to fill it up with fear when there's enough to do and experience before we leave this planet. Here's a short story that clearly conveys that fear must have no place in your life. Read ON!
This Page Has Inspired
1398
People So Far.. 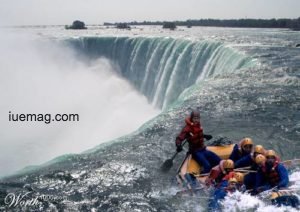 Nina was a smart and intelligent lady exceutive working for a large multinational company. Everyone loved her work except that she has a puffed up pride that keeps people at a distance.
She was chosen to address a big gathering of government officials, company directors, seniors and over one thousand employees on the company's 25th year of completion.
She had to deliver a one hour speech about her company growth and how it has helped individuals and the society. The CEO demanded this task from her and she could not decline it.

Although she was known to be good speaker in her organization, she felt nervou and fearful for this big and challenging assignment. What if she looks awkward in front of such a huge gathering by forgetting some lines or what if the nervousness takes the best of her. She woul d be exposed as a big joke in front of all.

She got worried and lost her sleep for several days. Her job performance started deteriorating and had a big impact on her personality. So many years of hard work to impress people could be lost in one hour. VIPs and over 1000 people in the audience is not a simple matter to ignore.

Slowly she became a victim of nervous break downs. She was absenting herself from work more often.
Nina really wanted help. So someone suggetsed that she consult a counsellor who in turn referred her to a professor of psychology in her town.
She took up the courage and met him. After he heard her fully, he excused himself and went in to his inner cabin and called his other doctor friend who was a specialist in general medicine.

He emerged from his cabin and said, maam i think you better meet my doctor friend who lives few blocks away from here. I think your problem is more physical than mind related. So she met the other doctor who ran lots of tests on her and said, "have you come with someone"? Filled in anguish, in hushed tone she said..'no.'

The doctor sat down and after a long pause pulled out the resports and placed them in front of her. She picked it up and went through and went blank. The reports said that she has cancer and will not live for more than 6 months.

She froze in shock and fainted.

Returning home crestfallen, whole night she sat up on her bed and thought about her 30 years of living in this planet. Before she had so many complaints - low salary, unjust boss and company, snobish friends, bad world etc. She would alway sbe vengeful of the world.

She had purchased the latest model of smart phone newly launched in the market to show off in her office to her friends. She had not opened the case for 2 days.

But now her mind became calm and everything seemed worthless in her life. All she wanted was to live...only live.

She wanted to experience real life before her last day comes, She became forgiving and started calling all those whom she had hurt in some way and pleaded for forgiveness. She had no courage to tell her folks at home.
But all could observe that she had became a very quiet and withdrawn person. Her eyes were sinking and developed dark circles because of incessant crying. She felt so alone and deserted in the world with fear gripping her consciusness.

She started to go out of home and office more often trying to find a meaning in this life. She wanted to feel one with the nature to get rid of the lonely feeling.

She would endlessly look at the birds, rivers, valleys, distant hills and all the wonderful creations. She became highly appreciative of everything arund her. Her words to all were, 'You are blessed to be in this wonderful planet'

Her embracing of mother nature and deepest understanding that her time is limited made her a real human being. Her eyes were appearing to produce love for ll around her. She started to connect with her inner self unmindful of the outer world.

Just than the phone rang at her desk. Her steady gaze through the window of her small cabin over the garden near the car park area was disrupted bt the ringing noise. Her speech day was tomorrow in front of over 1000 people and most important dignitaries would be in the audience. 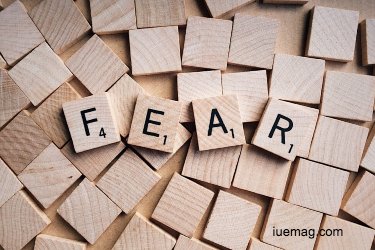 All the fear had left her.

She walked up on the stage with an awareness more than all the living being had and delivered an emotional speech. She talked about the value of life and how mankind is blessed. She praised her company and the governemnt for their policies and services. She stood there in front of all like an angel.

It was the most poserful speech anyone could have given ever and every word she uttered came from the deepest part of her heart. She stood like an angel in front of all.

Everyone went silent and glued to every word she spoke as though it was coming from the creator.
As she was delivering the final words, she got a reverberating standing ovation. As all were wiping tears from their eyes, she walked away with a heaviness in her chest. She was gone even before she could be honored.

She was fully transformed. Next day she went to the doctor and he asked her about her speech with a smile appearing on his face. She said nothing and sat in front of the doctor motionless starring at the flowers in the corner of the room. What can you except from a person who would be gone soon from this planet.
Get the Latest & Recommended articles in your Inbox

Subscribe!
Just then the doctor said, " cheer up kid. My professor friend just wanted me to trick your mind into believing that you will die, so that you get rid of the stage fright. Look at yourself now. You are the greatest speaker in the town and its all over in the newspapers today. You have learnt the value of living and understood your purpose of being born. Just go out and be the change"

Happy tears were flowing away and she hugged him and thanked with all her heart for having been born again.

Doesn't this story prove that there is nothing called fear and it is only a state of mind that can be altered by real beauty around you?
Appreciate and develop faith. Fear will have no place.

Every moment in our life is precious because moments just keep passing and we don't have the power to bring it back. You can never be younger than now as everyday you are growing old.

Sun, moon, stars, seasons, water, air etc. are the real truth as they have stayed the same for billions of years of Earth's existence. We are given only 100 years maximum in the huge passage of time.

We really dont have time to fear, complain or worry.

Recognize the truth of this existence and enjoy everyday as long you are here.
Copyrights © 2023 Inspiration Unlimited eMagazine

This Page Has Inspired
1398
People So Far..
Any facts, figures or references stated here are made by the author & don't reflect the endorsement of iU at all times unless otherwise drafted by official staff at iU. This article was first published here on 13th March 2018.
Easwaran Raj
Sales Professional with Inspirations from life.