To learn from those who have taken the journey that we wish to take, is the biggest ever gift we could ever get. Here is the story of an entrepreneur, whose life's story does not only teach the biggest lessons, but also initiates a sense of realization in each of us. Read on!
This Page Has Inspired
1345
People So Far..
Meet Steve Napolitan, Speaker, Teacher, Coach and a Consultant, whose rove of life is in itself a lesson for every entrepreneur. The journey which had more hardships than happiness for the first ten years of entrepreneurship, took a huge leap after a push and there has never been a look back since then. Here's the story to answer your curiosity of how it all changed! 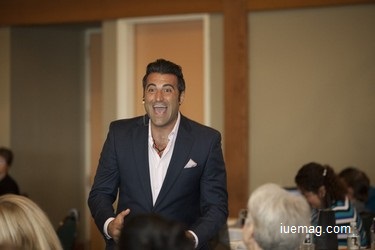 Steve's childhood, upbringing, and the environment he grew up, had always made him feel that “being an entrepreneur is the only way to get freedom”. This made him an entrepreneur at the early age of 19. Steve began to invest more money, trying to expand the business, and also to build more businesses. He began to build different enterprise models, including a production company, an advertisement agency, publications and many more. One of his TV shows was chosen by MTV Australia for Primetime broadcast. There was once a time when he even partnered in a restaurant. All of them put together would generate millions of dollars. Steve tried to grow them faster, so he could work less and live more, by investing most of the profit to scale the businesses. This continued for years, when there were times Steve had to put more money from his pocket to make things happen.

A hard hit during the journey was when his partners began to argue. Steve realized that he should have rather hired them instead of partnering with them. He recalls the hardships, “I had a lot of people partnering. There was less alignment, mostly increasing the problem rather than fixing it. I also ended up hiring wrong people. I did not invest properly - I began to put more money than what came in. Trying to make the business grow, I would go home stressed every day. I was putting more money and the company did grow, yet it didn’t yield the profit I needed and it took more and more of my time. There were times when I did not have enough money to pay my bills. I had a lot of anxiety inside. My health was bad and I still did not take medications; my diet got bad. I was so pressurized by physical health, mental health, finance, business and everything. I had a family to take care of and by then, I had lost more than four million dollars in a matter of ten years. That was a phase where I had to almost quit.” 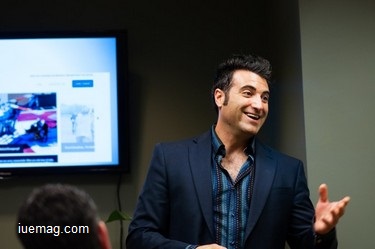 There were people around who tried to criticize Steve for ruining his businesses. They would tell him that they were happy that he faced such situations at a young age, so that he would go and get a good job sooner. His confidence definitely broke due to such comments. There were some of his friends who were earning more money at a job. Steve felt he had much more caliber, but was not sure of how he would solve the problems. Steve’s huge support was his wife who kept believing in all that he did. He adds, “I had so much money when we got married, but she was always there even when I did not have money. We had to cut our budgets, sacrifice our trips, but she never complained. She would only tell me that she had belief in me. Both my parents were equally supportive. My dad would say ‘Think like an engineer, who always troubleshoots his challenges. Look at every problem, one at a time and then fix it’. My mom always taught me social skills. She would tell me not to be afraid of talking to anyone. My parents always liked to help people. All of this helped me stay strong. ”

A phone call from a friend changed this phase of challenges that was almost impossible for Steve to solve. A writer who was writing for his ad agency gave him a call informing about a few entrepreneurs who would be speaking at a 3 day conference, which she thought would help Steve get better. Steve checked out the website, thought it was horrible and hence decided that he would not go. The second time she followed up, he shared about the website not being so attractive, because of which he decided not to go. Although she tried to push him, he did not agree. “It was the third time when she spoke to me about it again after an official conference call with a client.” says Steve, “She said she had already bought a ticket for me that is non-refundable. I decided to go for the first day for the sake of my friend. When I went, there were these two speakers presenting, out of which I found one of them really inspiring. He was on the stage during the break time, preparing for the next presentation. I grabbed this opportunity to talk to him. I went to him and said ‘Hi, I am Steve. I want to work with you’. He turned and said ‘maybe!’.  I said ‘We have to meet’ and we scheduled a meeting for the last day of the conference. I stayed for the rest of the event and then I signed up with him, for me to get mentored by him for eight thousand dollars!” 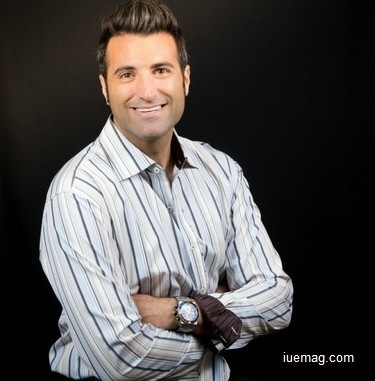 As shared earlier, the company was generating projects in the millions, but he was continuing to spend so much more money to fix the problems and eight grand was surely a challenge at that moment. “I figured out, moved around to somehow get this done. I could have said I can’t, but my son was just born. I said to myself ‘I do not want my kid to grow without knowing me; I have no choice now’. The rest is history! That was the best decision ever” are his statements of pride.

Ever since then, he began to do all that his mentor asked him to. His mentor asked him to stop or sell many of his businesses, which whether they were successful or not, they were a distraction. He decided to listen because he knew that his mentor would be right. The very next year he began to earn more profit. Even though gross income went down, profit went up and he had more time to live. Steve even began to invest more into his development. He began to connect with more mentors according to his requirements. “If I ever had a chance to go back in time and change anything, it would be finding mentors when I started at 19. I do not regret for what has happened; Had I not gone through that phase, I would not be as good at what I do today” says he.

Currently, his major focus is on training and speaking. He believes to pass on the lessons of his life and its journey. Having a thought of impacting masses led him to write the book - Capture Clients, Close Deals: A simple way to gain clients without convincing or chasing, which is currently the best seller in four countries, in fourteen categories. Steve has publicly served more than 35,000 professionals through his executive coaching and training. Steve has been invited to speak at various conferences around the globe; one of his biggest speaking engagements had more than 25,000 people witnessing his speech. Steve continues to coach his clients in every way possible to get the best outcomes for their businesses.

He happens to share some truly igniting thoughts with the world, “Never feel that your life has come to an end if you have failed. Failure is a feedback. All of us just need to learn from them. Also, find mentors in life; never hesitate to ask someone. Look at them personally. Find mentors, who has reached where you wish to be. See if they have the morals you have, if they live their life the way you wish to. Everyone’s success is different. Even if someone is less successful in one area, but better in an area you need help, you could still pick them. Also look at their personal life,  do they have a family, values and are helping people. I would rather work with that individual than the other better person, because of the moral values. It is about seeing them on the whole. Today, I have spent more than half a million dollar on my personal development. It is very much important to invest in your development. A lot of entrepreneurs keep working so hard, with a feeling that they could live a happy life later, if they worked hard now, but there is no life later. It is important to design your life, and at the same time work smarter.”

Steve’s journey is certainly a kind of journey that many entrepreneurs have taken, but not many have survived in the system. Steve’s determination to achieve, his faith in the vision, his belief in mentors and his choice to take this journey are the most important lessons, he believes, have made him reach this far. He continues to support many more individuals to retain their dreams and reach them. You could connect with Steve on his Facebook Page and stay updated to learn from his latest endeavours!
Get the Latest & Recommended articles in your Inbox

This Page Has Inspired
1345
People So Far..
Any facts, figures or references stated here are made by the author & don't reflect the endorsement of iU at all times unless otherwise drafted by official staff at iU. This article was first published here on 19th March 2016.
IJ Kavyashree
IJ Kavyashree is a contributing writer at Inspiration Unlimited eMagazine.