Journey to Victory: A Realization that changed the Way of Life - Matt Aitchison

Every one of us makes mistakes, but not many learn from them and move on. Introducing this achiever whose mistakes turned out to make him realize the purpose of his life. Read on to know how his realizations made him become a real estate giant today!
This Page Has Inspired
1305
People So Far..
Introducing to you, Matt Aitchison from California, 28, Co-Founder of Aitchison & Adams Real Estate Team and the Founder of Vault Investment properties. Pure at heart, helpful in nature, quick at planning, faster at implementing, a good friend to those in need, are some of the qualities that define him. 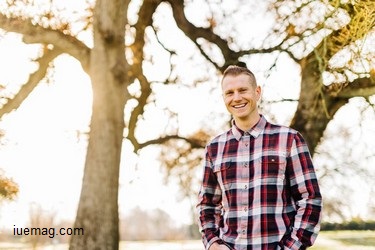 The entrepreneur in him was born at a very small age when Matt’s mother would take him to seminars. There was so much for him to learn from the environment around him. The environment was not the same as he grew. Teenage, which is supposed to be the most important part of one’s life, turned out to be the first hurdle of his life. It was the time when his step-mother passed away, external influences led him to be expelled from high school when he was seventeen. He badly wanted to go to college, like his other mates, but the situation of not being able to go to college with his friends was devastating. “That was really a kind of first public failure I had” says Matt. He was given a bunch of tasks by the school authorities, to complete, after which he would be eligible to graduate from his high school. Fortunately, he was able to complete them all and graduated.

He now felt he would start a new life, doing everything better than before. When he started going to college, like a lot of youngsters, Matt also decided he would perform to the best of his ability and excel at all that he would do, but another poor decision in his first year at college led him getting into a physical altercation with a peer, due to which he got arrested and was taken to jail. He recalls the moment, “I remember sitting in the jail cell and looking around, telling myself ‘this is not who I am and is not the surrounding I want to be in. The decisions about the choices I made led me to this path. This means, I can also do something different with my life’. I started introspecting and going through every aspect of my life - who I am, what I wanted to become, what kind of impact I wanted to have on people. I realized I was completely opposite to what I wanted to do with my life. That was when my dad said that it was the rear view moment. The rear view mirror in our vehicles is there to tell us what’s behind us, but if all the focus is on what is behind us - all that happened in our life, our life would crash. My father made me remain focused on what was in front of me. I realized that impacting people’s lives, adding values, creating change in communities through business opportunities was my inner calling.” Matt felt he was the only one who could make things happen. 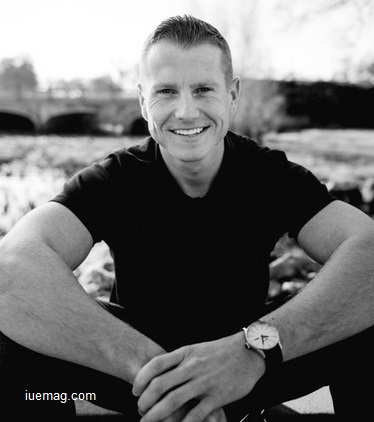 He looked at the failures, telling himself that he would not let the failures define his potential, instead he would use the failures as his strength to excel at what he did. “Failure is just a feedback” says he. With that, he began to work towards excellence and till date, continues to consciously learn and improve every day. The very next day after his release from the jail, he decided he needed a job and then, joined a company which was into investments. The investment company taught him numbers he says. “All successful people are good with their numbers. I thought I would not be successful because I could not do numbers. I started educating myself on money; I felt empowered to say I can be an investor. I had a new confidence to say I can learn and master whatever it is. I knew it would take a lot of work, but I knew what it needs. I learned that by investing, what I put in, is what I could make. I was able to make an entrepreneurial pathway for myself with real estate, to make as much money as I wanted to, create a sustainable change in my community and make an impact through positive real estate. I could serve a lot of people in the process in a positive way. I started putting all my energy in what I was passionate about and that is what can make an impact and the biggest outreach” are his experiencial words. Matt’s plan to earn income in the future, irrespective of whether he would work or not, led him to start Vault Investment Properties along with his business partner. He felt it was an idea and a channel of financial freedom, that he wanted to grow. He continues to grow it, not because of necessity, but out of love and passion.

Matt began to connect with people from whom he could learn; he gained a lot of mentorship. Unlike the rest who feel inferior if they would not know something, Matt felt happier when he did not know something. He felt he need not have known everything; there were experts around and people he could learn from. He started connecting with mentors and told them that he would work for them for free. He wanted to prove why the other person had to invest his/her time in teaching Matt how to become a better person. He began to make them feel he wanted to add value and in turn, they added value to his businesses. He also shares another way to get mentored if one cannot find a mentor, “A lot of people think how they could ask someone if he/she could be their mentor. I tell them that it is not necessary to have an immediate access to mentors. I do not have access to people like Tony Robbins, Robert Kiyosaki or different other public figures; I read their books and watch their videos. There are various mediums to get mentored. If you want to get mentored, then first provide value. The person would want to reinvest. The learning curve takes a leap and there is faster growth in half the time that you might otherwise take.” 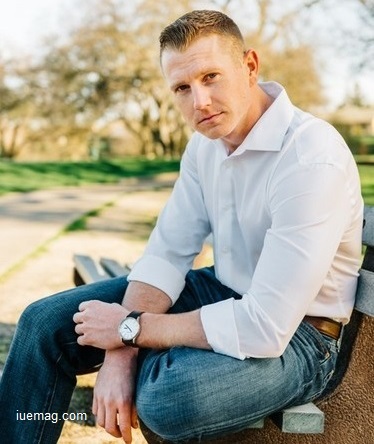 His organized way of living is a lesson that every individual needs to learn from. Matt has a large calendar for the year, in which he ensures to note every commitment for the year, that includes family responsibilities and professional commitments. Matt has an organized planner, where he writes every single thing he wishes to do. He feels that people are more conscious when they write what they want to do. He also shares a quote related to writing that has inspired him, “The dullest pencil will always remembers more than the sharpest mind.” This quote he says, certainly has a lot of meaning that teaches one to stay organized, by writing.

Apart from investments and real estates, Matt is also involved in volunteering for causes that can help create more opportunities. He continues to work with the 1Life Community, that helps a lot of people connect and gain bigger opportunities for personal and professional growth. Matt’s inspiration to push himself every day, he says,  is his family. He shares with a lot of love, “My family keeps me pushing and helps me work harder to do what I do. Also, the love I have towards what I do inspires me. At the end of the day, I do what I do because I love it. Everything I have done is because of the passion and the deep burning desire, that is infinite. For me, it is important to ensure that my family is taken care of and at the same time, creating opportunities for people around me.”
Get the Latest & Recommended articles in your Inbox

Feel free to connect with Matt Aitchison and to learn more from him at https://www.facebook.com/mattyaitchison
Copyrights © 2023 Inspiration Unlimited eMagazine

This Page Has Inspired
1305
People So Far..
Any facts, figures or references stated here are made by the author & don't reflect the endorsement of iU at all times unless otherwise drafted by official staff at iU. This article was first published here on 18th March 2016.
IJ Kavyashree
IJ Kavyashree is a contributing writer at Inspiration Unlimited eMagazine.