Student from BIT Mesra, on a mission to empower the future Leaders - Amit Kumar

It has always been a delight to see more young students who have started to take up responsibilities for betterment of the society. Read on to know how two college students went on to creating a platform, that currently serves a lot of school students to help solve their problems!
This Page Has Inspired
1662
People So Far..
“Whenever we travel to a destination and if we do not know the way, we first ask someone who is travelling that way or might have travelled that route earlier. That helps us reach the right destination faster. This applies to humans in everything that they do. Whenever we want to achieve something, the possibility to do it increases when we get guidance from someone who has walked the path we wish to take and is the same concept we have tried to bring in, for school going students” says Amit Kumar, a final year architecture student from Birla Institute of Technology Mesra and the Co-Founder of EL-CUBUS, a platform that provides personal assistance to students in the educational domain that the students wish to pursue. The platform also provides support to students who face problems with peer pressure, or those who need guidance to manage time, and other personal problems that they face. 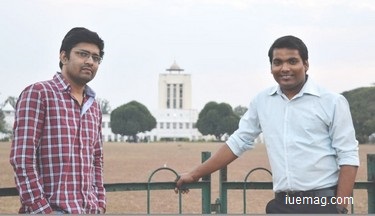 It all started in 2011, when Amit and Shubham Gupta (Co-Founder) were pursuing their first and second year of college respectively. It was during the semester holidays, when they were discussing about how students continue to complain about the kind of problems they have in school and do not even come back to school after graduating, to correct the problems in school. So, they decided that they would reach out to their school and speak to the students and create awareness in them. They began to motivate the students at schools, and also shared their contact details, so that the students could connect back with them in case of requirement of any help. There were students who started calling Amit and Shubham, to help solve their problems regarding studies, coping up with examinations and other personal issues. The idea of these two young boys slowly transformed when they found that the students actually needed someone, who could guide them when they would not know what to do, when they had pressures, when they had to face examinations, when they wanted someone to tell what to pursue next, and when they wanted someone who could help them at certain points of life where they could not manage. This became the concept of EL-CUBUS. 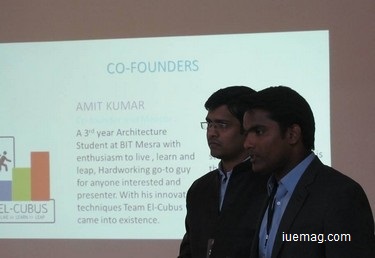 Then, they decided that they would reach out to more schools to help the students to be personally guided at times when they needed. To scale up, there was definitely a need for financial support. Considering their statuses of being students and not being able to earn, they decided to participate in fests, win a competition and use the rewarded money for EL-CUBUS. That was the first breakthrough for Amit and Shubham, when they participated in a B-Plan competition at IIT Kanpur. Contrary to what you think might have happened, they did not win the competition, but were runners-up of the competition. Wondering how it was still a breakthrough? Well, these young boys began to explore the opportunities during the competition. They started to connect with the entrepreneurs who were judging and were invited as guests for the competition. Their idea highly impressed one of the entrepreneurs, who decided to fund them for an initial investment. Amit recalls the moment, “We were sharing about our idea to one of the entrepreneurs in the evening, and he was very much impressed by what we shared, considering our age. He immediately said he would fund Rs. 15,000 for us to start really well. That was the first ever funding. Although we lost in the competition, our purpose was served.” 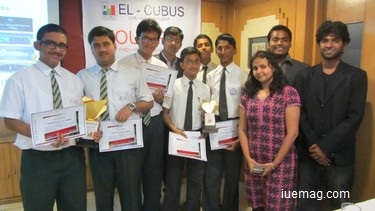 After gaining huge experiences, they both started participating in such competitions in more such institutes like IIM Calcutta, IIT Guhawati and many others. They learned much more, connecting with the people present, than just participating in the competitions. Many entrepreneurs started giving them ideas for betterment, some of them guided on how to scale it up, some guided on creating better impacts. All their inputs motivated these two boys, who came from middle-class families from a small town in Jamshedpur, to becoming social entrepreneurs. It was in January 2012 when they got EL-CUBUS officially registered. They started reaching out to more schools from then, helping them and guiding them in different ways, helping them connect with people who could guide them, and have so far been the reason to have had interactions with more than 2000 students, who have been guided according to their requirements. The count is bound to increase once they complete their education, “I am still completing my graduation and currently interning here in Bangalore. So, we take sessions in schools during holidays, but guide them whenever they need during the entire year. We will continue to make it bigger soon after my graduation. Meanwhile, we are giving our best to impact as many students possible within our time limits.”

Along with guidance, they have continued to empower kids by getting them to participate in competitions. They organized an event where the students were asked to create various powerpoint presentations. The event had participation of 83 teams, comprising of 3 students each. While the competition witnessed some truly talented students, the judges were surprised and astonished to see such young, school going students being able to create such presentations which were astounding. The ideation of Amit and Shubham to have helped the students realize their true potentials were much appreciated. “This year, we are in the process of forming an educational facilitation organization and we will soon expand our services to various states in India” he states.
Get the Latest & Recommended articles in your Inbox

Subscribe!
It is a pride to see such young guns, who do not give reasons like the rest, about not being able to make time for helping out the others, due to priorities like studies. A very important point that Amit shares to such youth is, “All of us hold responsibility for the growth of the nation. If we are not able to make time to solve problems within the country and help someone, then we do not have the rights to ask when something goes wrong with us or others, due to the problems in the society. I am also like each of you who have priorities like studies, family and finances, but that does not mean I do not make time for the society, because that also falls in my list of priorities. It is all about prioritizing your nation as much as yourself and your family; infact, all of us are in a same family, that is, the family of ‘Human Beings’. Let us help each other grow!”. Such words from someone of his age, is hard to believe, but only increases the faith in the youth, who continue to put their efforts in transforming themselves and the society.

Amit could be connected through Facebook. You could also visit the Facebook Page of EL-CUBUS to stay updated about their continuous efforts.
Copyrights © 2023 Inspiration Unlimited eMagazine

This Page Has Inspired
1662
People So Far..
Any facts, figures or references stated here are made by the author & don't reflect the endorsement of iU at all times unless otherwise drafted by official staff at iU. This article was first published here on 24th March 2016.
IJ Kavyashree
IJ Kavyashree is a contributing writer at Inspiration Unlimited eMagazine.