Is Your Facewash Harming the Environment?

Microbeads were once touted as a better way to clean and exfoliate - introduced to soaps, body washes, and toothpaste - but now it's become apparent they have various unintended adverse effects.
This Page Has Inspired
1154
People So Far..
What Are Microbeads?

Microbeads are tiny plastic spheres created to provide increased scouring power. They measure between 10 micrometers, or 0.00039 inches, to one millimeter, or 0.039 inches. But when these items are used in personal hygiene products and then washed down the drain, their long-lasting effects are far from over — in fact, they’ve just begun.

Where Do Microbeads Go?

The beads make their way from a sink or shower to the sewage treatment plants, where they can’t be filtered out — they’re just way too small. This results in between 5,000 to 95,000 beads being discharged into the ecosystem for each individual use of a product.

The small plastic objects then travel into our rivers, canals, lakes and oceans. One of the first studies to deduce the effect of microplastics in bodies of water was out of the University of Plymouth. The 2004 study, spearheaded by Professor Richard Thompson, explored microplastic, including microbead pollution. Their findings showed that the spread of plastic fibers was pervasive across the entire marine environment. 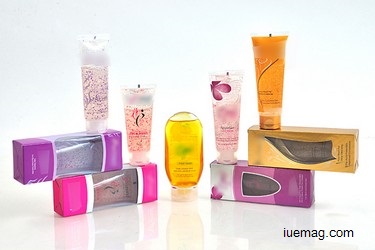 Further research by a team of scientists from the University of Wisconsin-Superior found that the Great Lakes have 1,500 to 1.7 million plastic particles per square mile. Lake Erie, the fourth largest lake of the five Great Lakes, was found to have the highest concentration of microbeads.

Who Is Affected by Microbeads?

Once in oceans, lakes and rivers, microbeads are mistaken for food by fish, turtles, oysters and seagulls.

These animals don’t receive any nourishment or nutrients from the ingested plastic. Instead, the plastics can become stuck in their stomachs or intestines. This can cause these water-dwelling creatures serious problems and blockages in their digestive systems.

Once the plastics enter into the food web, they are passed from one animal to the next and can accumulate in the guts of the larger faunae higher up the food chain. But marine animals aren’t the only living creatures affected by microbeads. Since the fish and seafood we consume have absorbed the plastics, we absorb them as well.

Not only that but when the microplastics break down even further, more potent toxins are released. These are harmful to all living beings, including humans. It’s believed absorption of these plastics can result in hormonal imbalances or neurological diseases.
Get the Latest & Recommended articles in your Inbox

Many countries around the world acknowledge the harmful effect of microbeads. Moves are being made in various countries to prohibit the use of microbeads. The United States Congress recently received a proposed bill that would ban the sale or distribution of any personal hygiene products with synthetic plastic microbeads. If it’s passed, the statute will go into effect in 2018.

Currently, microplastics are entering into the marine environment at much higher rates than they are being removed. Consequently, until microbeads are banned, the problem will only increase.

This Page Has Inspired
1154
People So Far..
Any facts, figures or references stated here are made by the author & don't reflect the endorsement of iU at all times unless otherwise drafted by official staff at iU. This article was first published here on 3rd March 2016.
Megan Ray Nichols
Megan Nichols is a contributing writer at Inspiration Unlimited eMagazine.