Protecting the Environment to eliminate Darkness - Jogiv (Joy of Giving)

A lot of times, we tend to become the reason for global warming and other harm to our environment without our knowledge. Pollution caused by the informal disposal of e-waste is unpredictable. Here is a startup that is born to help prevent the pollution caused by electronic wastes, and also help light the needy villages of the country.
Tweet
Views
1121

Meet Vinayak Sanjay Urs from Bangalore, India, founder of Jogiv Eco-Services Pvt Limited and a passionate environment lover. Vinayak also mentors entrepreneurs to set up their businesses. Beginning his career in the year 1992, he has worked at various businesses that includes Packaging, HR Consulting, Web & Multimedia, Nature Aquariums, Solar - LED Lighting and T20 cricket. He also founded a consulting firm that got acquired after 9 years of its operations, after which he worked with IPL and realized he wanted to work with more innovative creations. That was when he began his work as the COO at ADA India. Throughout his journey, he always wanted to find happiness by giving more to others. This thought led him to becoming a social entrepreneur.

“Having worked in different industries for more than 20 years, I always wanted to support different causes that could help the society. It was in 1998, I made a soft entry as a social entrepreneur with a website addressing to the needs of HIV/AIDS affected people globally. I submitted abstracts on ‘HIV/AIDS interventions using internet as a media’ and was fortunate to be invited for abstract presentations in Malaysia, South Africa and Australia during International Congress on AIDS in Asia-Pacific (ICAAP) and World Aids Conference. Later, I joined Lions Clubs International in the year 2010, after which I was a part of various social causes out of which e-waste disposal caught my interest the most."

"We started campaigns where we collected electronic wastes from people and started giving it to the recyclers. Slowly, I realized that it is not people’s mistake that they throw the e-waste like any other trash, but it is just that they are unaware that such informal disposal end up in harming their own environment. When we started doing these campaigns, the people were more than happy to give away the e-waste for a better environment. Through raising funds from various foundations and with the profit we earned through giving the e-waste to the recyclers, we began to help the villages where there is no availability of the electric lights. We began to buy LED lights that is 3 times more durable than the regular lights, and help light these villages. About 14 villages of India, where there was unavailability of lights have been helped so far, through our campaigns at Lions Clubs International. Guardian Health Foundation has been a great supporter for such initiatives. " 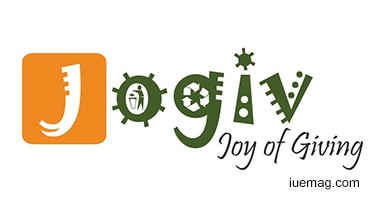 "I slowly realized that I was more happy when we gave more to others. The happiness in the eyes of the villagers brought more joy in me.The joy of giving was more than the joy I got when I just earned from my work. It was in 2014 I decided to finally work on this cause full time and let more people know how harmful e-wastes could be, if not disposed correctly. That was when I Founded Jogiv Eco-Services, in association with Revolusun and Ellar Solar” is the story behind the start of Jogiv (Joy of Giving) says Vinayak.

Jogiv has had its operations since last 11 months and the start-up has successfully recycled about 800 kilograms of e-waste. Prashanth Bhat, the co-founder, supervises the technical strategy of the company, and is dedicated in building and deploying innovative social solutions using technology to keep Jogiv ahead in the race. There have been numerous of challenges since the start of the venture says Vinayak, “Especially if you are a social entrepreneur, you are bound to face a few more challenges than the others. Finance is one of the major ones. People feel that we would earn a lot of money by selling all the e-waste. That is not how it really is. Half of them are materials that are not really considered for e-waste recycling. The products also have plastics and other materials. We also have to send our vehicles for e-waste collections. So, there is so much cost involved in transportation as well. The second challenge is compromising the time we share with our friends and family. The cause requires more time to be spent on. The next challenge is technology. We want to bring technology to help us work on the process better. We happened to recently launch the mobile application of EKOLEKT where the customers can click the photographs of the e-wastes along with the details, after which we reach them to collect their e-wastes and then the materials are measured and handed over to the recyclers. The profit is not paid in direct cash, but with reward points which could be used to purchase products online available in various e-commerce portals. They are also given an option to donate the points which will be used for charity.” 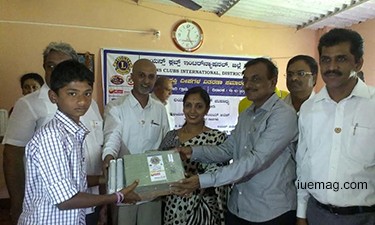 The next set of LED lights shall be very soon lit up in villages through the profits earned, while 50% of it shall continue to be used for the sustainability of the model and the rest to help the villagers in need. “The Solar LED Lighting kits are far advanced and cannot be compared to Solar Lanterns which are given away today by others. The kit comprises of 2 mini LED tube lights ensuring one for the woman to cook and other for the kids to study with charging sensors. The Solar LED Lighting kit is a plug and play system as our initial visits in 2014 to the villages gave us a good insight that they did not even posses a screw driver to fit the kits. The houses are spread across and travelling to every house to install was a challenge. So we had to innovate on the same. Now with Jogiv Eco-Services, we dream of lighting up every village which is in darkness in India under our ‘Litter to Glitter’ program. The e-waste collected in urban areas will be translated into revenue from recyclers and that part of the revenue will be used to light up villages in deep jungles. On one hand we stop people from dumping the e-waste into landfills in cities thus saving the health and environment and on the other hand we will light up villages in darkness which will create a double impact. The kits are given to the people living in the bottom of the pyramid. All the kits are given to people who have authenticated BPL card, that is ‘Below Poverty Line’ card free of cost. Revolusun is the organization that has manufactured and supplied lights since the initial times. The founder is Mr. Krishna Prabhu, who has been greatly supportive towards the cause. We truly are looking forward to align with more such like-minded people and reach the masses.” adds Vinayak.
Get the Latest & Recommended articles in your Inbox

Subscribe!
The team moves a step forward to collect the electronic wastes not just from the homes of the public, or from the apartments, but also from schools by setting up e-waste bin at schools where the students can safely dispose the electronic wastes from their  homes. This method shall not only create awareness in the school students, but also their families. The team is also in talks with the corporates, who could be the major contributors and would be interested in having Jogiv as their CSR activity partners. This way, the harm to the environment is prevented and at the same time, the unreachable part of the society is helped. Also, the supply chain for the recyclers is improved. One of the most important learning from his journey is, “Never stop trying!” he says, “Especially when I worked with IPL, I would always hear these words - ‘Until the last ball is bowled, you have not won or lost’. So, until we leave the world, we need to keep trying and give our best to do what we wish to do. Also, giving a part of what you have, to others is sure to give you endless joy. Today, there is more exposure, opportunity to contribute better. It is truly important for the youngsters to start NOW!”. Jogiv is expected to scale in more cities in the next 6 months time. The team also targets to collect and get more e-waste recycled in the coming months.

Initiatives by such individuals continue to prove the importance that every single living being should give to his/her environment and the society. While the rest of the world complains about the problems around, such personas inspire every soul to stop complaining and start solving!
Copyrights © 2022 Inspiration Unlimited eMagazine

Any facts, figures or references stated here are made by the author & don't reflect the endorsement of iU at all times unless otherwise drafted by official staff at iU. This article was first published here on 6th May 2016.
IJ Kavyashree
IJ Kavyashree is a contributing writer at Inspiration Unlimited eMagazine.
Most Loved On iU
Have something to share? Drop us a line below!
People who loved this also loved