This Page Has Inspired
1086
People So Far..
Headline bidding is probably the hottest topic - other than the perilous rise of ad blocking software - among digital advertisers and web publishers at present. There are many ways in which the standard programmatic advertising could be revamped, and you’d be hard-pressed to find a marketer that considered the system as effective as it could be. And just as the inefficiencies of programmatic are being properly realized, new tech is emerging that demands a slightly different approach.

One of the key issues with programmatic is its ‘waterfall’ sequence. After the direct-sold ads have been assigned ad space, the rest of the site’s space is made available through an ad server. Ad providers are ranked - with metrics like buying volume taken into account when determining the rank - and the unsold inventory is offered to each, in turn, until sold. The way in which the ranking is created means that those that are willing to pay more for ad space are not by definition near the top of the ranking, and space is sold to the most prolific buyers rather than those that offer the best return. 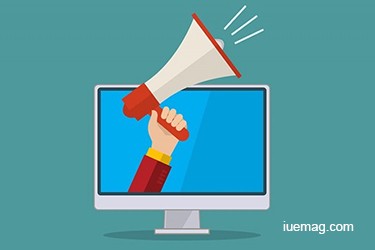 Also, Google are in a privileged position in the current programmatic ecosystem. Many online publishers will use Google’s DFP ad server, which has a setting that allows Google’s Ad Exchange to outbid the winning bidder from the ‘waterfall’ process by as little as a cent. The current process can skew the data and give publishers a warped idea of exactly what their ad space is worth, given that those near the top of the waterfall ranking will generally end up underpaying. The model can ignore high-value inventory, reducing competition and capping a publisher’s ad revenue, a thorn in the side of yield-obsessed sellers.

Adding to programmatic’s problems is the huge rise of ad blocking software. Globally, usage of ad blockers grew by 41% in the year Q2 2014 to Q2 2015, and as of June 2015 there were 198 million monthly active users for major browser extensions that block ads. Data from PageFair and Adobe predicts that 2016 will see a huge $41.4 billion lost in online ad revenue as a result of the software, a figure up from $21.8 billion in 2015. And, according to eMarketer, over three quarters of US marketers polled said that ad blocking will have a negative effect on the programmatic advertising ecosystem.

A potential remedy for these issues is the growth of header bidding - also known as pre-bidding, advance bidding or holistic yield management. A piece of code put in the header of a page is giving publishers an alternative, allowing real-time bidding to take place first, rather than last, in the auction. Essentially, it removes he hierarchical system and allows for simultaneously bidding, which ultimately results in a higher yield. CTO of Purch, John Potter, claims that adding a single header bid source can increase yield by as much as 10%. Publishers can also allow the winning bid to compete with the prices of their direct-sold ads, and Index Exchange’s vice president Steve Sullivan says that header bidding can result in ‘up to a 30% lift in rates.
Get the Latest & Recommended articles in your Inbox

Subscribe!
And, on top of increased transparency of inventory value and a cut down on passbacks, header bidding can undermine Google’s dominance of the ad-buying chain made possible by its favouritism of its own ad exchange. This means advertisers have the opportunity to bid for the best ad inventory, rather than only the remnant inventory in the waterfall sequence. In response, Google has launched its DoubleClick for Publishers First Look, allowing programmatic buyers a ‘first look’ at all impressions. The move is a positive one, but still exists within the framework of AdX, where Google holds all the cards.

Header bidding is not without its drawbacks though. Crucially, the coding could lead to latency issues, something publishers are desperate to avoid. As said by Yieldbot CEO Jonathan Mendez, ‘the effectiveness of everything publishers do is predicated on how fast they are.’ Additionally, the setup is complicated to implement, necessitating a level of competence to see it done correctly. In this case, though, the benefits outweigh the pitfalls. Latency is an issue, and implementation is tricky, but the potential revenue gains will see many publishers unable to resist the change.

The Digital Publishing Innovation Summit prides itself on bringing the right people in to speak to you, to educate and to open your minds to the future of this industry, exploring how it will be successful and why it is important that we continue to push innovation, new technology and support the old and the new within the publishing sphere.
Copyrights © 2023 Inspiration Unlimited eMagazine

This Page Has Inspired
1086
People So Far..
Any facts, figures or references stated here are made by the author & don't reflect the endorsement of iU at all times unless otherwise drafted by official staff at iU. This article was first published here on 29th May 2016.