Advances of metrology software are speeding up in the recent past and the updates expected in near future shall demand for skills upliftment to bridge the gap. Is the industry prepared? Read ON.
This Page Has Inspired
1034
People So Far..
This past year has seen the launch of a number of new metrology software programs, including big updates from one of the world’s most popular software programs, PC-DMIS, as well as a ground-breaking update to PolyWorks that’s set to help 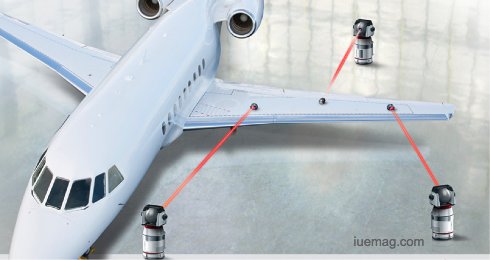 manufacturers achieve higher rates of automation and faster data collection. But with the advance of metrology software speeding up, many shops struggle to bridge the skills gap produced by more advanced technology.


Too many shops aren’t willing to invest in training and decide to skip investing in new metrology software. The cost is losing out on new capabilities designed to improve productivity, quality, and accuracy. PolyWorks 2017 introduced control-centric workflow review, where the software produces dimension results directly in 3D and programmers can investigate results in 3D.
It gives users new power for handling large volume applications and real-time inspection, such as:

1. Configuring multiple laser tracker routes and connecting them simultaneously, allowing shops to use an active tracker to measure during assembly
2. Probe before parts are aligned to a CAD model
3. Real-time collision analysis, letting operators fix tool paths right away
For its part, PC-DMIS 2017 is previewing “Path Optimization,” a tool that uses multithreading to quicken the pace of path optimization, as well as QuickMeasure tools on basic scanning. The new release will speed up inspections and programming.

Do your team’s coordinate measuring machine programmers have questions about metrology software including PC-DMIS and PolyWorks that can take your shop’s inspection department to the next level? While PC-DMIS is easy to use for programmers and operators with basic training, it’s the kind of program that gives more the more you understand it. You can send your programmers to PC-DMIS and PolyWorks seminars run by Canadian Measurement Metrology Inc., or CMM, a metrology house that sells new and used coordinate measuring machines and offers a number of learning opportunities. The company is known for its Windsor Knowledge Tour and PC-DMIS and PolyWorks Professor seminars. You can also find them at major tradeshows like CMTS, or send employees to their CMM programming courses.
Get the Latest & Recommended articles in your Inbox

If you can’t afford to send an employee off-site for several days of training, you also have the option of buying E-Learning courses at several different levels. Full PC-DMIS training courses are available now with videos, tests, and an index that lets you quickly troubleshoot problems after the training. You can use it to train multiple employees on a schedule that works for you. E-learning is an economical option that improves retention and gives you real-time access to important knowledge.

Training isn’t always the answer, especially if you need programming for a single production run or a single complicated component. In that case, you would be better off looking for CMM contract programming services from an independent metrology house. For one-off programming tasks, modifying existing programs, supporting product launches, and supporting your current programmers, bringing in an expert metrologist is a more affordable option. Better training can be a valuable addition to your team’s skill set, but if you need to economize to take advantage of new metrology software, sometimes outsourcing is the answer.

Tag the people who you think would love to read this in your circles in the comments below!

This Page Has Inspired
1034
People So Far..
Any facts, figures or references stated here are made by the author & don't reflect the endorsement of iU at all times unless otherwise drafted by official staff at iU. This article was first published here on 10th November 2017.