Though details on Culinary Eats in Mexico are available in abundance for first time travellers, this piece particularly saves your time on reaching the right places on your exploratory visit. If you are traveling mexico, then don't miss visiting these. Read ON!
This Page Has Inspired
1034
People So Far.. 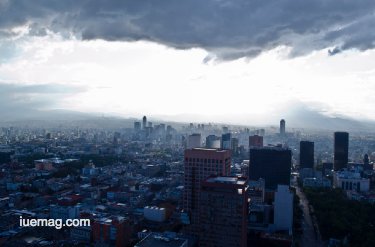 As one of the world’s largest cities, it’s really no surprise that visitors can discover a nearly endless amount of fantastic food throughout Mexico City. If you’ve recently worked with a realtor in Dallas to buy a home there, you may be feeling overwhelmed with the long list of restaurants that area offers – nearly 13,800 in North Texas according to statistics reported by Dallas News - but just wait until you visit Mexico’s capital. Be prepared to be blown away, not just by the endless array of restaurants, but the wow factor of the street food.
Here’s just a few of the fabulous culinary eats you should try while you’re there.

Elote is roasted corn on the cob coated in cotijua cheese, mayonnaise and chili flakes drizzled with a squeeze of lime. It’s one of the most popular street foods and makes for the perfect snack to fuel your exploits of the city or as a late-night bite, with lots of carts near nightclubs, bars, subway exits, plazas and parks.

Tortas can be found in everything from carts to traditional restaurants. These especially mouthwatering sandwiches are made with a roll called bolillos, or teleras, a softer, flatter bun with three sections and then typically filled with beef, breaded chicken or pork. Cheese, beans and avocado are slathered on before it’s all topped with lettuce, spicy peppers and tomatoes.

These tasty blue corn discs are fried up on comals throughout Mexico City, grilled to order with Mexican cheese, or fried pork skin (chicharron). They’re fried and then topped with crumbled cotija cheese and strips of nopal cactus before being dipped in your choice or red (rojo) or green (verde) salsa.

Chiles en Nogada was created about three centuries ago, though it’s a very complex dish that’s changed a lot over the decades. It’s especially popular for Independence Day, celebrated over September 15 and 16, but it can typically be found on menus from late July through early October.
It features the three colors of the Mexican flag, made up of Poblano chilies filled with picadillo representing green, a walnut-based cream sauce as the white while pomegranate seeds serve as the red. It originated in Puebla and is said to have been first served to the liberator and subsequent Emperor of Mexico, Don Agustin de Iturbide.
Get the Latest & Recommended articles in your Inbox

The ultimate hangover food, the chocolate-dipped churro is the ideal caffeine-infused sweet treat, and some of the best can be found at El Moro, an old-school kind of coffee shop. You can order churros with a variety of dipping chocolates from Espanol to Mexicano – no matter which you choose you can’t go wrong.
Copyrights © 2023 Inspiration Unlimited eMagazine

This Page Has Inspired
1034
People So Far..
Any facts, figures or references stated here are made by the author & don't reflect the endorsement of iU at all times unless otherwise drafted by official staff at iU. This article was first published here on 6th November 2018.