Things You Need to Check When Vaping Abroad

Tweet
Views
1029
Vaping is a hobby that is quickly picking up speed, in terms of its popularity. After all, long-term vaping has been said to be far safer than smoking, and these health studies attract new customers to the pastime, all the time. It’s now engrained into many people’s routines and being enjoyed the world over. But are the rules the same everywhere?
While vaping might be healthier than smoking, it’s still slapped with its own abundance of rules. Of course, such policies vary from place to place.
Consequently, here are some things you need to check when vaping abroad. 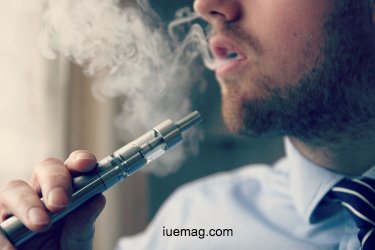 As far as rules go, airports have the strictest of just about any other kind of place in the world. While you might be able to make the best of your new vape batteries in certain terminals, you should always consult with their airline staff before you start vaping anywhere on the premises. Let them or at least the airline website set the rules for you, then act accordingly.
Different airports will have different regulations. There are worldwide bans in place preventing you from carrying e-cigarettes in your checked luggage, as well as in the hold areas of any aircraft. Your carry-on bag should be okay for storage purposes of your e-cigs, but in any event, do consult the airline staff first.

Some countries have outright banned vaping entirely. You won’t be able to carry e-cigarettes within their borders for any reason, and people in these nations have been reportedly jailed for vaping in the past too, with one man in India facing a term of up to three years. Consequently, you should also research more than just the rules of an airline and investigate the place you’re going and what products they allow in the country.

The Philippines, Lebanon, Cambodia and Vietnam are just some of the other places where vaping is banned, and perpetrators can face criminal charges and imprisonment. It might seem extreme to you, but your thoughts on the matter won’t keep you out of prison. Conduct your research and leave all your vaping goods at home if necessary.

Some countries don’t come down quite as hard on vaping, but still have their own intensely negative views around vaping that you need to explore for yourself. Just because they don’t dish out severe punishments doesn’t mean you should work against the more minor laws there either. Therefore, do check even what minor regulations you need to adhere to, as well as the cultural climate surrounding vaping.
Get the Latest & Recommended articles in your Inbox

Subscribe!
For example, though China practically invented e-cigs, Shanghai still enforces strict smoking areas which vapers will also need to use. The climate around vaping in China is also heavily critical, with many of their news outlets covering high profile stories about how vaping has endangered others on public transport. The rules do vary from region to region in China and not everyone will take kindly to vapers whether there are laws or no laws, so keep this in mind during your travels if you’re wanting to avoid trouble.
Note: Vaping can have health hazards and we at iU eMagazine do not promoting the act. This is just the information piece you might want if you are already engaging in vaping. We still advise you to keep track of effects on health it might have.
Copyrights © 2021 Inspiration Unlimited eMagazine

Any facts, figures or references stated here are made by the author & don't reflect the endorsement of iU at all times unless otherwise drafted by official staff at iU. This article was first published here on 20th November 2018.
Most Loved On iU
Have something to share? Drop us a line below!
People who loved this also loved