Equals, Yet Not Equal. Maid In India Story. 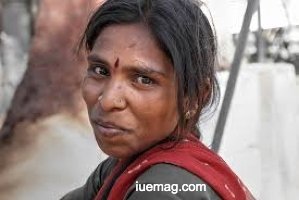 Didi would hesitatingly come in, squat on the floor with the broom in hand and sweep the trashes out of the room. She later mopped the floor clean. On the day of hostel room allotment, we were cautioned by the warden against the possibility of theft, and that the responsibility of our belongings rested solely upon us. It was logical for hostels could never be immune from such untoward incidents. It was more than likely to see hearsay accounts flourish and uncorroborated stories as regrads theft fuelled by the hostellers for any length of time whereby the wheel of suspense pointing towards the maids in most cases. My roommate never approved of leaving the room unattended while Didi was in, and I didn't as well up-to an extent for the ingrained fear of losing any precious item.
Days passed exchanging just smiles until she started feeling comfortable striking up a conversation at random eventually venting out about anything bothering her, especially her exasperation of getting underpaid and allegedly being exploited by the warden with her dominating position. Some girls too, reacting to the hearsay appeared adamant in their behaviour towards the Didis keeping a stern eye on their movements and then reporting to the warden of any irregularity. She appeared to be utterly careful while chattering with the girls for the fear of being rebuked or dismissed from work. All I could see was animosity she had harboured towards the warden over time.
The warden seemingly wasn't liked much for her stinging attitude, strutting about wearing her sense of self entitlement arrogantly on her sleeve. The maids bowed to a servile degree- a likley situation. Didi perhaps viewed me as someone who cared to lend a considerate ear to her woes, implored me to donate clothes I had overgrown or even just redundant items lying purposelessly on the table. Like any other foreseeable girl, I too had the habit of hoarding eatables for the rainy days fearing risk to my existence if all the shops in the city closed down over the night. It basically used to be the snacks I shared with her besides helping a staggering Didi at times rid herself of her severe headache upon her citing sleeplessness.
She liked narrating several stories all in once, the conversation going astray from family to friends to struggles, about the hardknocks and payments and everything else she could summarize without jeopardizing her strict schedule. Behind the cheerful giggles of the maids in unison when assembled for luncheon or walking along the corridor hid a voice of suppressed poignance refusing to surrender to servitude. Life had not left them with a feasible option. They were forced to catch whatever life was throwing at them in a desperate attempt to make ends meet. 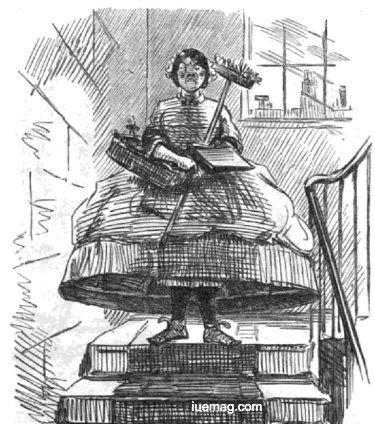 Didi once said to me, 'You're so fortunate because you're attending university and you'll be able to earn a lot of money one day without running door to door like us'. I realized her life was not just about the choices but also the cumulative effect of lack of sleep and refreshment from the brick hard monotony lacking any assurance of the future. I truly appreciated the curriculum at the university that mandated Social Awareness Programme across departments for all semesters in a bid to instill values and spread awareness on the societal concerns for encouraging effective ways for tackling them altogether. Apart from choosing old age homes, orphanages, slums or construction sites as project destinations, I strictly followed the self-conceived custom of donating a limited number of necessary commodities/items (food items mostly) to the maids without usurping my budget constraint. That I was privy to their tough life swirling around a bound routine with deadlines alongside the sense of insecurity at workplace propelled my urge to make an attempt to make a difference, if anything.
While into the third year of my course, I set out on a hunt for accomodation outside of campus in pursuant of my academic priorities upon discontinuing my stay at hostel. Days flew by, I stopped seeing Didi. Memories of her gradually faded into the thin air with time, the hectic schedule at law school and its busyness kept me miles away. It was an unconscious progression of the mind filling in fragrances of new places, people and experiences dismissing the old ones in automation. The graduation day wasn't far. Stuck in the web of things succumbing to the glaring siren of lofty expectations to graduate with flying colours, I bumped into someone I didn't anticipate at all. It was Didi. My brain took awhile to process the meeting. The sight of that typical Didi with a frowning face I used to know flashed across my eyes in episodic fashion. She hadn't changed a bit. She rushed on to accuse me of failing to keep in touch with her evoking pangs of guilt in my mind. I tried to put forward some not-so-substantial excuses in my defence eventually accepting my mistake, for, they went in vain. Why wouldn't they?
Didi was insistent to not listen to anything I had to say. The conversation took off; she engaged my ears in the grievances and injustice she thought the domestic workers were facing having no option for redressal. She also mentioned in passing of the prospect of getting recruited at some other place at a comfortable wage, besides cursing herself on not having a proper education which was an indirect hint of abhorring servitude. As she continued to narrate her tales haphazardly, I was teleported back to the old days and was lost. She, at this point, said something that helped me regain my consciousness. It wasn't unusual but an epiphany shrouded in words allowing me to scratch beyond the surface to the subleties of reality. She said, 'I see you often passing by with your friends, or at the cafeteria or volleyball court. I stay away from calling you out thinking you'll feel embarrassed in front of your friends. So I don't'.
These words hit me hard to realize about the plaguing mentality that did exist at our own house to acknowledge. I felt guilty about the intangible yet visible social distance prevalent in society. A child is taught to keep away from the maids or people incorporating such legions, hard-scrabbling laboureres or workers because they're viewed as worthless or less important. Their poignant stories fail to pave way into the data, so does their existence. The unconscious tendency to expel them from mainstream thus making them feel guilty for their own state is apparently a common syndrome with the privileged today.
The act of socially excluding and dicriminating only intensify with time reaching a point when they blind themselves from acknowledging the underprivileged totally. I call it cognitive distancing. The household chores they do are hardly taken seriously although our life comes to a standstill sans their aid. The cliche about treating the maids/ domestic workers as a part of family is often belied by the plethora of stories of mistreatment. Their hands are shackled, lips sealed. It's hard to imagine the life behind the glitzing areas of the city, the monstrosity of the concrete structures dwarfing their homes to almost non-existential. 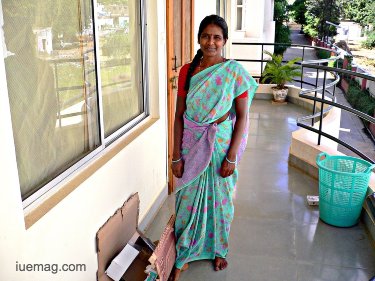 India is on the road to becoming a superpower; the poverty-stricken life juxtaposed with the luxury of the elites creates a cruelly contrasting effect to evaluate the former's dilapidated world. It's ironical how a few yards of spatial distance from the pomp and show exists a world of poverty and despair. Didi's real life situations are nothing but a microcosm of the blighted lives of many such Didis and the labour class in general. They live in blatant ignorance.
I wouldn't be surprised if you told me that the number of domestic workers aware of the International Labour Organization's Convention on Domestic Workers being downright negligible or even zero.Their demands are constantly watered down which is purely a reflection of the long-standing average attitude towards them for which we are undeniably responsible. Frustration and resentment of Didi is emblematic of the exploitation, both physical and mental despite the well-established legal system in place.
'It was nice meeting you and see you', saying this I left with countless thoughts lingering in my mind. Isn't it high time we mulled over the binary construct of the rich and the poor as well as our ethical dilemmas towards a fellow human being? The unvarnished truth is that majority of us would still squirm in discomfort in our seats at the table if the maid is allowed to have her lunch in the same room. Accept it or not, it all starts at home.

This Page Has Inspired
1437
People So Far..
Any facts, figures or references stated here are made by the author & don't reflect the endorsement of iU at all times unless otherwise drafted by official staff at iU. This article was first published here on 28th November 2019.
Mrigna Kashyap
Lawyer, M&A analyst, Blogger, Lover of art films/ghazals, Violin/Flute are life