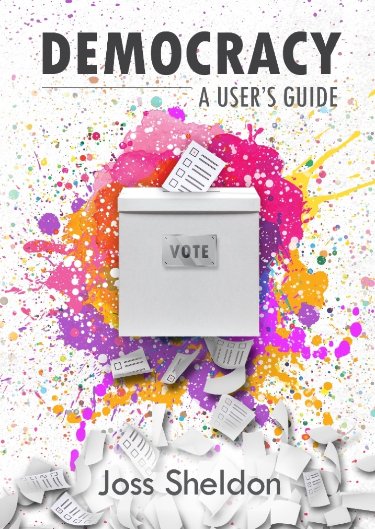 What inspired you to write this book?

I explain that in the introduction of "DEMOCRACY: A User's Guide". Here is what I say... "My previous book, “Individutopia”, tackled one of the subjects we will discuss in Part Four: The corporatocracy. In Individutopia, the main character seeks to free herself from corporate control; going in search of the sort of earthy, small-scale democracies we shall meet in Chapter One. Individutopia was well received by most readers, but a couple of one-star reviews did stand out. The first called it, “Insane leftist propaganda… (that) rang like a communist manifesto”. The other suggested we should accept corporate control because “Over one-hundred-million people were murdered by communist and socialist regimes in the Twentieth Century alone”. Such reviewers seem to believe that there are just two political systems: American-style capitalism and Russian-style communism.
We should accept corporate control because the only alternative is so ghastly that its death-toll is nine digits long. I wrote this book to lay such a belief to rest (and to add some substance to the topics covered somewhat more whimsically in my novels). In reality, these two political ideologies both involve top-down control. The former gives power to corporations, banks, plutocrats, and yes to governments too. The latter gives all the power to the state. I dislike both ideologies. I want to live in a world in which no-one rules us from the top-down. For me, this is the essence of “Democracy” - a system in which the power is held by all the people, or at least by the majority. Perhaps this definition is different from your own. If it is, I hope you can bear with me!"

The earliest incidents you recall from your life where you first felt you had a writer in you?

I wrote a poem, "Orphan", one time when I was expelled from school, at about age ten or eleven. Everyone seemed pretty impressed by it. So there was that, I suppose. But, to be honest, I struggled in my English lessons at school. I became a writer because I had things I wanted to get off my chest, I liked the idea of a boss-free lifestyle, and because everyone has a book in them, don't they?

Who do you think are the ideal readers for this book?

Anyone who would like a little more democracy in their lives. 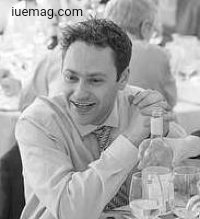 What changed in your life most noticeably after you became an author?

In order to survive, especially before my books started to sell, I had to move to a cheap country where I could keep my expenses under control. I started off in India, which is perhaps the cheapest country on the planet. These days I live in Bulgaria. I could never afford to live in the UK on the revenues I earn from my books. So I've had to leave my friends, family, and culture behind. That's pretty tough. But it's still better than being a nine-to-fiver.

What kind of schedules you had while doing this book? How many hours did it all take?

Maybe five hours a day for one and a half years, without many days off. So maybe 1,500 hours in all. I wake up early, write, get burned out, and then relax or work the land. 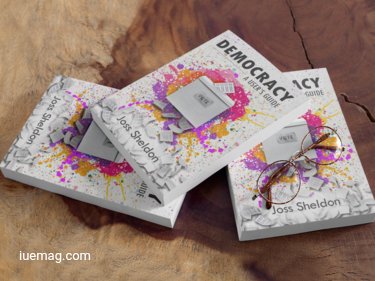 What's the one great hack from your journey of becoming an author that you can share with other authors?

Go big on Amazon advertising. Set up accounts in every market you can, and set up many thousands of campaigns, with a thousand keywords in each. Your books took an effort to write, they deserve to sell, so you have to push them.

Who are the 5 people you would like to acknowledge & thank that mattered most on your journey to becoming an author?

David Graeber sadly passed away a couple of days ago. He was a real inspiration. His book, "Debt", inspired me to write Money Power Love. "Bullshit Jobs" inspired the third section of Occupied and all of Individutopia. I quote the guy regularly in "DEMOCRACY: A User's Guide". George Orwell and Salman Rushdie were also big inspirations. They're like the kings of political fiction for me. And Gabriel García Márquez's style, in "Love in a Time of Cholera", really helped me to write Money Power Love. 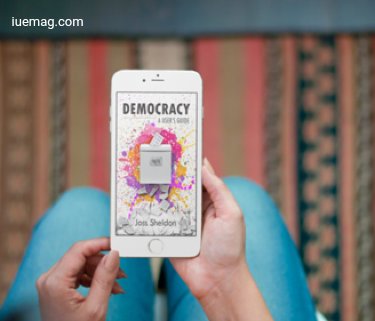 Your personal favorite inspiring quote of your own?

George Carlin was the man, wasn't he? This is a quote of his I use in my new book, "DEMOCRACY: A User's Guide", when introducing the chapter on democratic education: “(The establishment) don't want well-informed, well-educated people capable of critical thinking. They're not interested in that! That doesn't help them. That's against their interests. That's right! You know something? They don't want people who are smart enough to sit around the kitchen table and figure out how badly they're getting fucked by a system that threw them overboard thirty fucking years.
Get the Latest & Recommended articles in your Inbox

An advice for all other aspiring writers

This Page Has Inspired
1099
People So Far..
Any facts, figures or references stated here are made by the author & don't reflect the endorsement of iU at all times unless otherwise drafted by official staff at iU. This article was first published here on 8th November 2020.