What would future look like, be like, feel like, smell like and so much more has always been the set of things mind wanders to each time you think of life and its facets into the future. Here's a wonderful piece about waking up in 3020. Fiction you might call it, but it's going to capture until your reading lasts on this one. Read ON! #StayInspiredOnTheGo
This Page Has Inspired
1395
People So Far..
As usual I woke up earlier than the alarm bell. Felt the aches in my lower back and neck. It was going to take half hour for me to adjust the stiffness and wake up. I was tired of this daily routine, but straightened up my thinking to pull up.
With eyes still closed mind raced on all the things that was happening around. Deadly Corona was devouring more people and many are testing positive. I felt so worried and insecure. I was stuck in an office destination.
Today I have to pick up all the essential stuff from the supermarket as there was 24 hours’ curfew in place. I was completing the online training sessions and have to prepare for webinars on inspiration and life skills. Office had its usual pressure of sales as most groceries were open.
I was working for a Biscuits factory. My team would need an answer on targets and commission in the wake of Covid 19 I wondered how am I going to cut my hair. I have already started looking like Hippie, no jungle man, no.. a sage. I was feeling cold and hungry. I have to get up fast and make those fluffy hot idlis and soak it in sambar with a drop of fried oil. And the steaming Filter coffee…
I can’t wait. My mind raced with so many things I reached out for my phone to check all the messages. Moving my hands, the side table was not there and I did not feel my body. I was breathing heavily. Gradually I opened my eyes to a labyrinth of tubes and gadgets fitted to me body. I froze. ”am I infected?”.
The room looked very strange and I could see clouds touching the window panes. Oh my God. Where am I? Suddenly there was scurry of things and couple of people entered the room. They looked weird. Large eyes, big forehead and thick pigmented skin. They spoke in a language I did not follow. Most of the words were of digital parlance like bytes, RAM, virtual reality etc. I started asking questions and no one understood. In seconds the room became bright and one by one there were strange looking people appearing all around. I was helped to stand up and a chill ran thru me. I did not have a human body. I was a Robot with human face. And many more joined who looked like me. I was escorted to a big hall.
How come I felt hungry.
I wondered. Had plenty of unanswered questions rushing in my mind. How did I get here and what has become of me? I missed the innocent chatter of my younger kid and ambitious talks of the older kid. Missed my wife who was managing a busy online office and home and the little doggy scotch that was cuddled peacefully on the sofa when I saw it online last night Suddenly I pinched myself back to reality.
The hall was full and bright light shone on me. There was something strange about many in the room. They just looked like shadows or transparent light. The lights got brighter and everyone pressed something on the wrist and some sparkle streaked on them. 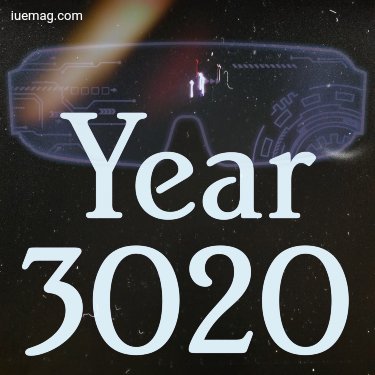 The host near to me spoke in clear English. I felt relieved and surprised. He wore glasses but looked strange. He started…”do you know where you are now?” I said I went to sleep last night worried about Corona. He smiled and uttered…” You are in the year 3020 and you are only survivor of the brain storage that was done 1000 years ago. That’s why you are fitted to a machine and connected to your brain functions. Your body died 1000 years ago” I could not contain my disbelief and tears filled my eyes. Everyone started applauding. I did not get the hang of it. The guy continued.” Your tears are rolling out of something called in ancient language as “emotional outbreak” which died in human’s centuries ago, It’s a rare sight to see it with our own eyes”. I tried to wipe with my machine hands and I was stopped. He said, please don’t wipe it. We want to keep watching.” He continued, “You are the only living testimony of the Corona that killed thousands and put the planet on lock down. That was the largest global crisis ever. We have read so much about it, but so lucky to have you here with us to share it firsthand.”
It all seemed like yesterday before I went to sleep. So it was fresh. I used to regularly watch NDTV and BBC for updates. Spoke about the sacrifices made by doctors and paramedics and how the entire human race was locked in their homes. Elaborated on Social distancing, hand sanitizing, washing with soap, loss of jobs, shutting down of factories and offices, halt of traffic etc.
” Everyone’s eyes gleamed and kept applauding. The host explained how the world was saved because of CORONA. Global warming reduced, Ozone layer cleared, birds and animals thrived etc. and most of all humans leant to slow down which was no longer the trend in the year 3020.
The conversation continued. I asked when did human emotions die. The host heaved a sigh and said, “With the advancement of technology humans never aged. The body aged, but the mind remained young. So most humans continued to live on the earth with machine body. Fear of dying vanished, so did the emotions. Motivation, Inspiration, morale etc. were forgotten concepts of 2020. Now the world population has exceeded 100 billion. Did you know that where you and I are sitting is not the ground? We are suspended in the atmosphere”. I ran to the window and had the first glimpse of the year 3020. Held my breath when I saw cabins afloat and flying objects everywhere. I could touch the cloud. The stars looked closer. There were strange constellations in the sky.
I started comprehending everything. The world has become over populated for houses and offices to be constructed on the ground. I requested for a tour around the city. All that I witnessed were beyond any human imagination. I missed family and friends to share this exciting journey. They were gone 1000 years ago. We flew down in a car that looked like mini plane. On the ground the world looked thickly populated. Water levels had gone up in the seas. People were so incredibly fast in everything.
Did not find things like smart phones, TV, blue tooth, etc. Instagram, Facebook, WhatsApp etc. were historical interests. Everyone is fitted with a chip on the wrist. By pressing that they see people and talk. to them. I could see holograms popping out everywhere. 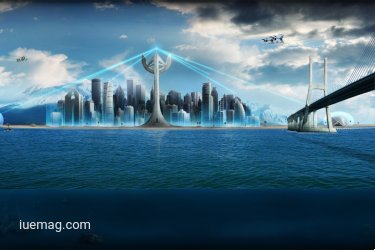 Trains flew around tall structures and stopped midair. Everyone created their own virtual reality. Travel was at lightning speed. New York to Sidney was done in 2 hours. Languages became much lesser. Out of 6000 languages hardly 600 existed and was fading away. Nano technology language was the global language. There was global currency system without paper notes and no cards. The chip had everything in it for debits and credits.
Elon Musk logo was everywhere. Humans had colonized Mars and there were plenty of package tour being offered at affordable rates. Many had permanent homes there. Cars were auto driven. Mostly people stayed home and lived on virtual reality for work and entertainment. Forests and animals had decreased rapidly. They were designated as holiday attractions. Many creatures had gone extinct and hung on the walls of virtual museums. Intergalactic currency was coming into force and it looked very attractive. Computers were superfast. There were billions of cyborgs. Human brains were transferred easily to computers and other bodies. All 86 billion neurons in the brain were being downloaded and watched as movies. Space organizations were busy researching on colonizing other planets in the universe. All spoke of settlements in the space. It was so exciting to see building taking different shapes at touch of a button. It expanded and contracted as per requirements. The chip also intervened with the genes to make it immune to viruses and bacteria’s.
All I saw was overwhelming and I started gasping for breath, when I heard a loud ring directly into my ears. I shook and opened my eyes. I could not understand anything.
Have I gone into another reality? Am I into some time machine?
Slowly I inched back to April 2020. There was a terrible conflict within me as to who Iam and where I was.
Nothing made any sense to me. I reached out and felt my hand touching my black phone. I scrolled through all the messages and was still shaking. It took me more than 45 minutes to come back to reality.
Suddenly I felt like I was pushed back in time into history. I rose up and sat at the edge of my bed perspiring. Oh no..it was only a dream, but a powerful one. I had slipped into a distant future for 5 hours in sleep.
I felt so peaceful in heart that I was back in the current times when we still have humanity and family bonding. I called my family and spoke to them that gave me immense joy.
I understood that the world is now battling the worst ever crisis and the largest that the human kind has ever seen.
Within my heart I know this will be over soon.
“Where we are now and whatever we are doing are the best and invaluable. Don’t squander it.”

This Page Has Inspired
1395
People So Far..
Any facts, figures or references stated here are made by the author & don't reflect the endorsement of iU at all times unless otherwise drafted by official staff at iU. This article was first published here on 25th November 2020.
Easwaran Raj
Sales Professional with Inspirations from life.