15 Interesting And Inspiring Facts About Meta You Should Know

If you have been following the news lately, you would have read or watched about the sensation Facebook has created. On October 28th, the founder of the company Mr. Mark Zuckerberg, in his keynote speech at the company’s annual internal AR/VR conference called Facebook Connect, announced the rebranding of the company. He announced that the company's name would change to ‘Meta’. It represents the vision of the Metaverse they want to steer towards. Although a lot has been spoken about the Meta, here are 15 interesting and inspiring facts about Meta you should know about:

1. What does the name signify?

The name is inspired by the Greek word 'μετ?' that means beyond or transcending. Mr. Mark Zuckerberg believes that this symbolizes that there is always more that can be built or created. The name reflects the company’s ambitions beyond social media and becoming a strong player in the ‘metaverse’. In an interview, he mentions:

“Today, we are seen as a social media company, but in our DNA we are a company that builds technology to connect people, and the Metaverse is the next frontier just like social networking was when we got started”.

With Meta, Mr. Mark Zuckerberg envisions to take the company beyond social media; into becoming a platform that is a dominant player in the Metaverse that is quoted as the ‘future of the internet’. In his speech delivered at the company’s annual Connect conference, he said:

“Right now, our brand is so tightly linked to one product that it can’t possibly represent everything that we’re doing today, let alone in the future. Over time, I hope that we are seen as a metaverse company, and I want to anchor our work and identity on what we’re building toward.” 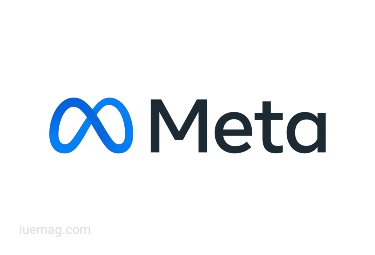 3. What does the logo signify?

The logo chosen for Meta is the ‘infinity loop’ that symbolizes endless possibilities and endless universes. It is designed to symbolize the letter ‘M’; and is effective across all screens sizes, and platforms, be it apps or the virtual reality worlds. The iconic blue color has been retained, but the gradient is closer to neon instead of the classical bright that was there previously. Also noticeable is the smooth transition from the darker shade to a lighter shade in the logo. The top left side of the infinity has a darker shade of blue, while the rest has a lighter one.

Since the rebranding of Facebook to ‘Meta’, and launch into metaverse by Mr. Mark Zuckerberg, there have been reports that the preparation for the same had started way back in 2014 when Facebook acquired the VR headset startup ‘Oculus’. Facebook's investments in its Oculus VR headsets are a key part of its Metaverse ambitions. Zuckerberg, in his keynote speech introducing Metaverse, had revealed that this dream is much older. It dates back to his middle school days. He added that he had developed the thoughts of embodied internet in which one could be anywhere like hanging out with friends, attending birthday parties in a virtual world. By the time he built Facebook, the technologies weren’t advanced enough to turn his dream of the virtual world a reality.

In simple words, Metaverse is a virtual world, a concept for a 3D version of the world that companies are trying to create. In this world, the people would interact with each other through their avatars, an animation of themselves in the virtual world. The virtual world would be much like the real world we live in today; we would not just interact with each other but do pretty much everything we do in the real world. It is like the internet of the future.

Mr. Mark Zuckerberg, in a letter, describes it as below:

“In this future, you will be able to teleport instantly as a hologram to be at the office without a commute, at a concert with friends, or in your parents’ living room to catch up”.

Metaverse isn’t completely new to the world. There are many companies already working on Metaverse. Some of the companies that have worked on this and give you an immersive virtual world experience include the gaming companies that have launched games like Fortnite, Roblox, etc.

6. Who coined the term metaverse?

The term "Metaverse" was first coined in 1992 by Mr. Neal Stephenson in his sci-fi novel "Snow Crash". In the book, humans interact with each other through their avatars in a 3D virtual world. Similar to what Mr. Mark Zuckerberg said, Mr. Neal Stephenson had mentioned in the book then that the ‘Metaverse’ would be the successor of the internet.

The company's name has been changed to ‘Meta’, but the apps owned by them, including Facebook, Instagram, and Whatsapp will retain their names. The Oculus Quest app will be renamed to ‘Meta Quest’.

8. Andrew “Boz” Bosworth will be the CTO:

Mark Zuckerberg has announced that Mr. Andrew Bosworth (popularly known in the company as “Boz”) will be taking over as the CTO in 2022 and heading the wing to build technologies related to the Metaverse. Mr. Andrew currently heads the ‘Reality Labs’ (the hardware division of the company). He has been working in many roles with Facebook for 15 years. He is the brain behind the creation of News Feed. The description by Meta (earlier Facebook) about his work reads:

“He joined Mark Zuckerberg at what was then called Facebook in January of 2006 where he created News Feed and many early anti-abuse systems, some of which are still in production. After working briefly on optimizing site speed and reliability, Andrew established and ran the company’s six-week Bootcamp program designed to help grow the engineering team and maintain its culture. He then led the integration of the Messages and Chat products while improving stability, followed by tenures leading the Groups, Messenger, and Video Calling teams. At various times, he has been the engineering director overseeing Events, Places, Photos, Videos, Timeline, Privacy, Mobile Monetization, and Feed Ads. Most recently, he served as the VP of Ads and Business Platform where he led engineering, product, research, analytics, and design. In 2017, he created the company’s AR/VR organization, now called Reality Labs. Andrew leads Meta’s efforts in AR, VR, AI, and consumer hardware across Quest, Portal, Ray-Ban Stories, and more.”

Talk about the diversity in work experience, and Mr. Andrew Bosworth has done it all in the company.

Mr. Mark Zuckerberg has also announced that the company would change its stock ticker from FB to MVRS from December 1st, 2021. The new ticker symbolizes ‘Metaverse’ that the company is looking to be a strong part of.

In his address, to share with the world how the metaverse would look like, Mr. Mark Zuckerberg shared a clip depicting how would it be like in the Metaverse world. Here is the clip:

Mark believes that this would be the future of the internet and how people could connect to each other. In Metaverse, a person can teleport his/her avatar to literally any place in the world. He believes that Metaverse would transform our lives and how we do things be it work, gaming, fitness, social gatherings, education, shopping, or any other aspect of our life.

In the Founder’s letter on the company blog, he mentioned: “Our hope is that within the next decade, the metaverse will reach a billion people, host hundreds of billions of dollars of digital commerce, and support jobs for millions of creators and developers”.

Mark also mentioned that the technologies to make this all a reality are a long way off. He added, “the company expects to invest many billions of dollars for years to come before the metaverse reaches scale”. He also mentioned that it would take 5 to 10 years for the elements of the Metaverse to become mainstream in our lives. Additionally, Meta users will be able to use products and connect with others virtually without a Facebook account.

His complete keynote address in which he introduced metaverse is available here:

The page and accounts pertaining to Facebook on various platforms have been renamed to ‘Meta’. As of writing this article, below is the social media following of Meta:

12. The scale of investment for developing the technologies for Metaverse?

The company has mentioned that it would invest about $10 billion over the next year for developing the technologies required for building the Metaverse. 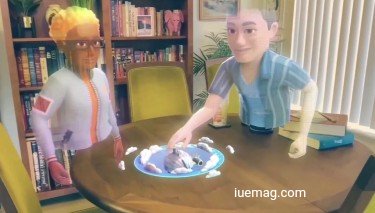 Alongside the announcement of Meta, the company in a blog post has announced the code name of the next project they are working on. The project is related to smart glasses and is named ‘Project Nazare’. These would be the company’s first fully AR-capable smart glasses. The company added that the glasses are “still a few years out”. The founder Mr. Mark Zuckerberg said, “We still have a ways to go with Nazare, but we’re making good progress”.

14. Is this rebranding a cover-up for the latest revelations by the whistleblower?

Post the announcement of ‘Meta’, there were many reports that the objective of rebranding was to distance the company from the bad press it had been receiving lately. Facebook has been facing a lot of criticism after the revelations by the whistleblower Ms. Frances Haugen, a former employee. She released a huge bunch of internal company documents to news outlets, lawmakers, and regulators.

In an interview with News Scientist, Taina Bucher- an assistant professor at the University of Oslo, Norway and the author of the book Facebook said,

“All the bad press and political battles it is currently fighting have to do with its social networking products, so launching something entirely new – in their minds – is a way to completely rebrand and start fresh, without changing much with the existing problematic products”.

When asked for his opinion on these reports in his interview The Verge, Mr. Mark Zuckerberg rejected it saying “Even though I think some people might want to make that connection, I think that's sort of a ridiculous thing".

Meta (earlier known as Facebook) has recently announced that it would hire 10,000 people in Europe to build the concept and technologies around Metaverse.

While this rebranding came as a shock to the world and has excited everyone for the kind of future we are looking at, we can’t be not inspired that the company as giant as Facebook looks beyond what it is today. All the negative aspects aside, the incessant drive the company has for creation is inspirational.

What are your thoughts on Metaverse and Facebook’s new name ‘Meta’? Do let us know in the comments below.

3. Why has Facebook changed its name to Meta and what is the metaverse?

4. Why Silicon Valley is betting on making this dystopian sci-fi idea a reality

5. MARK IN THE METAVERSE

10. Mark Zuckerberg just brought his trusted fix-it-man to the forefront at Facebook

12. Mark Zuckerberg says it's 'ridiculous' to think he changed Facebook's name to skirt the latest wave of controversy

Image 3: Photo by Bruce Mars on StockSnap
Image 4: Meta
Get the Latest & Recommended articles in your Inbox

This Page Has Inspired
2470
People So Far..
Any facts, figures or references stated here are made by the author & don't reflect the endorsement of iU at all times unless otherwise drafted by official staff at iU. This article was first published here on 27th November 2021.
Kunal Jain
Kunal Jain works as an Outreach Specialist at iU