JD.com. led by its Chairman, Chief Executive Officer, and founder Richard Liu, announced its new IPO. JD Logistics has raised capital in the amount of $3.2 billion for its initial public offering. The funding was finalized in Hong Kong in May of 2021.

The company has an extensive logistics capacity thanks to the initiatives of Liu who is an internet and logistics expert. JD.com is the leader in e-commerce in China. It is based in Beijing. The company has been in operation for almost two decades and reports revenues in the billions.

As an e-commerce company, it is considered a giant in the industry. Some of the largest e-commerce firms invest in their own jets, and that is the concept for JD Logistics. Amazon and others have similar goals to use their jets to expedite imported goods from China,

The initiative would have a profound impact on JD's international expansion. Liu has already invested in warehouses throughout China. Going forward, the company would add international facilities in locations in Europe and North America. Online orders will get processed and delivered faster and more efficiently.

Richard Liu is always on a mission to improve operations in his company, and that speaks to its success. At JD.com, he has initiated a five-year plan in order to lower the environmental footprint of the firm. Liu will invest USD $155 million in supply chain technology to that end.

The company never shut down like most other companies in China and around the world did as the Covid-19 pandemic raged. The site sells many products, and that includes essential items such as food, pet food, baby needs, and more. Richard Liu remained consistent in his effort to provide uninterrupted service to the people of China. Customers were able to order what they needed and received their delivery to their doorsteps. 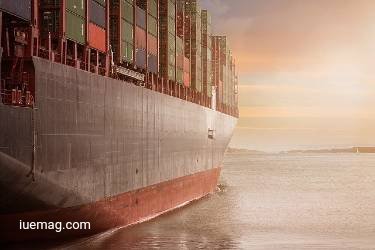 Liu took the safety of his employees very seriously throughout the pandemic. He took the necessary steps to keep the people working in the office, warehouses, the delivery staff safe. Liu provided the masks and gloves as recommended in the workplace. He also hired many thousands of new people who would otherwise have had no source of income. His efforts affected many people in the communities in which he serves.

JD.com was launched in the early 2000s when the SARS epidemic was spreading through China. Richard was operating numerous retail stores at the time, and few people were shopping in person. The entrepreneur turned his business into an online shopping mall. It paid off in kind for him as the company now has millions of loyal shoppers.
Get the Latest & Recommended articles in your Inbox

Subscribe!
The site also offers clothing, footwear, automotive parts, housewares, jewelry, home health care items, and much more. The company stands out for its quality, selection, and fast deliveries. Authenticity is also an important element at the company. Mr. Liu only deals with vendors who offer genuine name-brand goods. He partners with many international retailers is ensure that everything on the site is high quality and genuine.
Copyrights © 2023 Inspiration Unlimited eMagazine

This Page Has Inspired
1027
People So Far..
Any facts, figures or references stated here are made by the author & don't reflect the endorsement of iU at all times unless otherwise drafted by official staff at iU. This article was first published here on 18th November 2021.