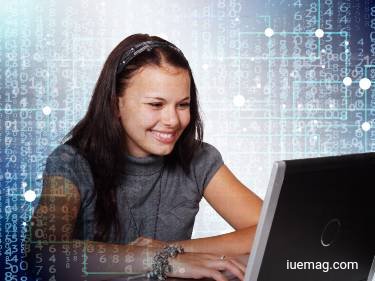 The EdTech sector in India has witnessed spectacular growth in the last few years. The acceptance of online learning globally in 2011-12 sent a wave here too. Many events in 2015, including the launch of Byju’s app, stirred a revolution in the sector. The sector which wasn’t receiving much attention from the investors until 2015 suddenly became one of the most focused investment sectors. As the investments poured in, the growth of the sector multiplied with the emergence of more startups and exponential growth of the existing ones.

According to the data by Statista, in 2020, the EdTech sector in India was valued at $2.8 billion. The increasing use of smartphones and digital-model of learning propelled by the COVID-19 pandemic has put the sector in a high-growth mode. According to the report by RBSA Advisors, India’s EdTech industry would be $30-billion in size. CEO of NITI Aayog Mr. Amitabh Kant complements the potential of the sector by mentioning that India has the potential to be the EdTech capital of the world.

India is currently home to 5 EdTech Unicorns namely: Byju’s, Unacademy, upGrad, Eruditus, and Vedantu. Here is a brief account of how and why did they start and their journey to date: 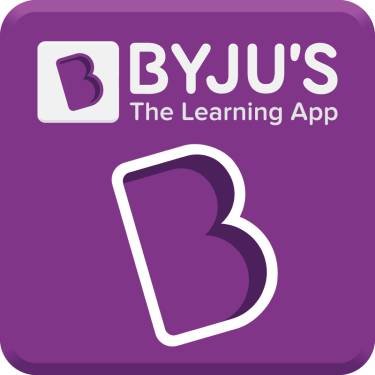 Byju’s is India’s EdTech behemoth and a decacorn that has taken EdTech space in India by storm. It was co-founded in 2011 by Mr. Byju Raveendran and his wife Ms. Divya Gokulnath. Today, with a valuation of $18 billion, it is considered to be the world’s most valuable educational technology company. It offers preparation training for competitive exams like CAT, JEE, IAS, GMAT, and GRE; and coaching for students from 1st std to 12th std through the engaging study material.

Before the inception of Think & Learn Pvt. Ltd. (Byju’s parent company) in 2011, Mr. Byju Raveendran used to run offline classes for test preparation teaching mathematics and other core subjects to clear examinations like CAT, GRE, etc. Born and brought up in a place called Azhikode in Kerala, Mr. Byju had started working as a software engineer. He accidentally got into teaching when he tried helping his friends in clearing the CAT exam in 2003. He gave the exam and scored 100 percentile, he again gave CAT in 2005 without any preparation, with just what he taught his students, and he scored 100 percentile again. This journey led to his offline classes growing through word of mouth, and by 2007, they were conducting classes in auditoriums with 1000 students in each class. These classes soon expanded to 9 cities, and Mr. Byju started recording videos of his classes to make them accessible to more students. Thus, Think & Learn was born in 2011 with the support of some of his students who had passed out of IIMs.

It took them four years to get the product ready with online learning tutorials, and Byju’s app was launched in 2015. Byju’s envisioned to make students fall in love with learning, and they created the online materials with the same objective. Students from all over the country started learning through the app, and they acquired customers quickly. By 2017, they had 15 million users, and by September 2021, that has reached 100 million registered students. Some of the investors in Byju’s include Chan Zuckerberg Initiative, Sequoia India, Sofina, Lightspeed Ventures, among others.

Byju’s became the first EdTech Unicorn in India in 2018 and has raised a funding of $3.2 billion in total. 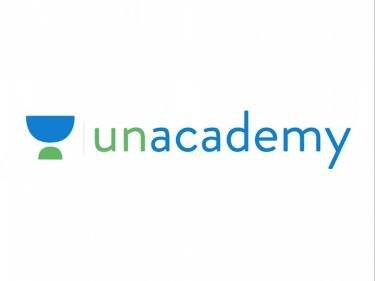 Unacademy had a humble beginning when one of its founders- Mr. Gaurav Munjal launched a YouTube channel in 2010 while he was pursuing the third year of his engineering and uploaded tutorials on coding, he named the channel Unacademy. After the completion of his engineering, Mr. Gaurav took up the job as a software engineer. In 2013, he quit his job and with his friend Mr. Hemesh Singh founded Flat.to, a real estate company to help students find accommodation. Flat.to was sold to CommonFloor in 2014.

Post the sale of Flat.to, Mr. Gaurav turned his focus on the Unacademy YouTube channel the videos of which were garnering a lot of views. He roped in Mr. Roman Saini to create further videos for the channel. Mr. Roman Saini is a doctor and an IAS officer. Mr. Roman had cleared the AIIMS admission exam at the young age of 16 and had written a research paper for a prestigious journal by the age of 18. While working with AIIMS, he was placed in a small town in Haryana, and the lack of facilities inspired him to take up IAS, he passed the UPSC exam at the age of 22 and was considered among the youngest IAS officers in the country.

He was a year into his role as a civil servant when his path crossed that of Mr. Gaurav Munjal. Mr. Gaurav invited him to create videos on Unacademy’s YouTube channel and thus began the journey of these three friends turning a YouTube channel into a Unicorn startup. In September 2020, Unacademy became the 2nd EdTech Unicorn in India. The investors of Unacademy include the names like Sequoia India, Blume Ventures, Nexus Venture Partners, Soft Bank, Facebook, Oyo’s Mr. Ritesh Agarwal, and Zomato’s Mr. Deepinder Goyal among others. As of September 2021, Unacademy has amassed over 6 million users and has raised $860 million in funding.

As per the LinkedIn Top Startups 2020 list, upGrad is ranked as India’s No.1 startup and this is the third consecutive time that it is featured in this list. upGrad is founded by Mr. Ronnie Screwvala, Mr. Mayank Kumar, Mr. Phalgun Kompalli, and Mr. Ravijot Chugh in 2015. Mr. Ravijot Chugh has left the company in January 2020 to venture into the Fintech sector.

Headquartered in Mumbai, upGrad provides online programs in the higher education and upskilling categories like the fields of Data Science, Technology, Management, Entrepreneurship, and Law to college students, working professionals, and companies. It is the only company in the higher education EdTech market. The people who enroll with upGrad also include those looking for career transitions and professional growth.

upGrad had reached the learners’ base of 1 million on the platform by Jan 2021 and had set the target to reach 2 million learners in 18 months. But, with strategic steps and acquisitions, upGrad has reached the target of 2 million learners in just 8 months. The company was originally founder-financed, but with its growth, it has attracted investments of $201 million from firms like Temasek Holdings, IIFL, and International Finance Corporation (IFC)- a World Bank’s Group arm. upGrad entered the EdTech Unicorn club in August 2021. 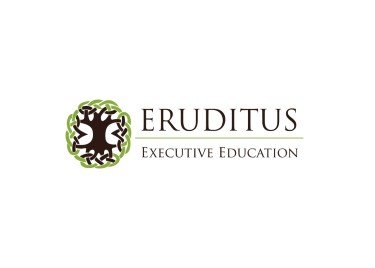 Eruditus (Eruditus Executive Education) was started by Mr. Ashwin Damera and Mr. Chaitanya Kalipatnapu in 2010 much before the online education hype that started in 2015. Unlike the startups that start with a scale, Eruditus is a rare example of a company that started small and built it step by step.

Mr. Ashwin and Mr. Chaitanya started Eruditus with a vision to make courses from premier institutes like Harvard, INSEAD, MIT, Berkley, and the IITs available to the masses at an affordable cost. It started out as a company that organized 5-days offline classes of courses, and the faculty from the premier institutes flew down to conduct those classes. It had the same model until 2015 and had partnered with premier institutes for offering executive education courses.

When the online learning opportunity opened up in the education sector in 2015, after considerations, they pivoted to the online learning model and that proved to be the turning point for the company. Eruditus is today a global learning platform having students from the USA, Europe, Latin America, Southeast Asia, India, and China. 80% of the Eruditus’ students come from countries other than India. It raised its first round of funding in 2016 and hasn’t looked back since then. The investors in Eruditus include Sequoia Capital India, Chan-Zuckerberg Initiative, Accel US, and Soft Bank. It became a Unicorn in August 2021 with a funding of $650 million led by Accel US and Soft Bank. With this round, it has raised close to $813 million in funding. 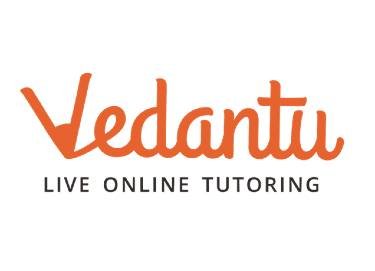 The fifth company to get into the EdTech Unicorn club in India is the Bangalore-based Vedantu, a leading online tutoring platform. It was started in 2011 by a team of 4 IITians: Mr. Vamsi Krishna, Mr. Pulkit Jain, Mr. Saurabh Saxena, and Mr. Anand Prakash.

After their education, they experimented with education by selecting a small village in Punjab and preparing a few students there for IITs, and it was a success. This gave them the confidence that with better teaching, they could bring a difference in the lives of many students. They launched a project called Lakshya, an offline test preparation coaching company. It fared off well and grew to 4-5 locations in a timeframe of 6 years. Though the business was profitable, the founders weren’t satisfied. Hence, Lakshya was acquired by MT Educare, a public company.

The four friends then ventured into online learning and launched Vedantu. The name is derived from Sanskrit words Veda (meaning ‘knowledge’) and Tantu (meaning ‘Network’). The uniqueness of Vedantu is its teaching methodology. Though it is online, the teaching is based on a technology called WAVE (Whiteboard Audio Video Environment), a real-time virtual learning platform that enables students to have personalized 1-1 sessions with the teachers. WAVE uses artificial intelligence and machine learning for personalizing the experience of every student. It also makes LIVE classes more exciting and engaging. Apart from tutoring for the K12 segment, Vedantu also provides coaching for competitive exams like JEE, NEET, etc.

Vedantu has amassed more than 35 million monthly active users and has more than 200K paid subscribers as of September 2021. The investors of Vedantu include Temasek Holdings, Coatue Management, Tiger Global, GGV Capital, ABC World Asia, and WestBridge Capital among others.

The EdTech Unicorns are reshaping the education industry and how we learn things. These companies have earned the trust of parents and more & more students are getting enrolled with online learning platforms. The spiraling growth of the sector would create more Unicorns in the country.

What are your thoughts on the EdTech industry in India? Do share them in the comments below.

This Page Has Inspired
1143
People So Far..
Any facts, figures or references stated here are made by the author & don't reflect the endorsement of iU at all times unless otherwise drafted by official staff at iU. This article was first published here on 1st November 2021.