The Origins of Competitive Gaming and Esports

This Page Has Inspired
905
People So Far.. 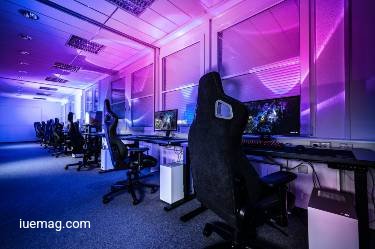 Competitive video gaming has come a long way from the first organized event 50 years ago to evolving into sold-out arena events with millions of dollars in prizes at stake. Cybersports has also developed into a major spectator activity that rivals some of the world's biggest sporting events.

Online casino review sites today often have the Space Invaders title as one of the most popular slot games to play. The game was played in the first big video game competition in 1980, when over 10,000 entrants competed to attempt to set a high score.

A good example is found in a particular eSports competition. The League of Legends World Championship finals in 2019 had more than 100 million unique viewers streaming the event. In contrast, the previous year's Super Bowl had just over 98 million viewers.

The first competitive video game competition took place in 1972 at Stanford University. The "Intergalactic Spacewar Olympics" involved five students who competed to win a free subscription to Rolling Stone magazine. Spacewar became the first video game available to the public until Space Invaders hit arcades and took the industry to another level.

The Beginning Of High Scores

The first time high-score lists were featured in video games was in 1979 when the arcade games Asteroids and Starfire appeared. Players could enter their initials into a high-score list to immortalize themselves as the best player on that machine. This was the first method used to measure a player's skill, as there were very few two-player games on the market.

The next step in moving players towards organized competition was the creation of the first refereeing service for arcade games called the "Twin Galaxies National Scoreboard" by arcade owner Walter Day from Ottumwa, Iowa, in 1982. It would become a national leaderboard for all the most popular arcade games. He also founded the U.S. National Video Team, the first-ever team of professional gamers, in 1983. 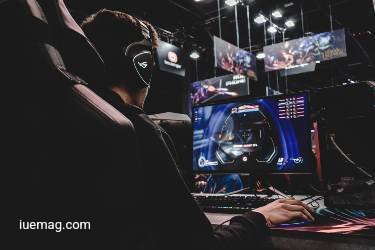 The Transition to Online Gaming

As personal computers and software became cheaper and more powerful in the 1990s, they became common in more households. This sparked a shift in the industry to develop more titles for PC gaming. The first LAN parties were organized, where gamers would link up their PCs and compete in teams against each other. Advancements in internet technology soon allowed gamers to play against each other in different locations.

More than 2,000 entrants participated in the Quake Red Annihilation Tournament online in 1997, considered one of the first eSports events. Teams competed across the U.S., with many spectators watching the events online.

Several trends have contributed to the recent growth of eSports, such as South Korea's advance into televised eSports events in the early 2000s, followed by other countries that began to offer eSports programming. Other trends like professional leagues, corporate sponsorships, and increases in prize money have helped the industry advance during this period.

The Twitch online streaming service launched in 2011, helping to take the eSports industry to another level. The site went from 3.2 million unique visits per month to more than 20 million by the end of the first year.

In the beginning, the platform focused just on gaming and eSports. Games like League of Legends were the most popular for viewers that enjoyed watching major online competitions. Since being acquired by Amazon in 2014, it remains the online leader in eSports events streaming.

While eSports has been popular for more than 20 years, the industry has experienced its fastest growth in the last three to five years. Viewership has recently increased due to computer technology improvements, and more people worldwide have access to high-speed internet connections than ever before. As technology advances in the video game industry and the overall interest in eSports continues to grow, the industry will continue to attract millions more fans.

This Page Has Inspired
905
People So Far..
Any facts, figures or references stated here are made by the author & don't reflect the endorsement of iU at all times unless otherwise drafted by official staff at iU. This article was first published here on 29th November 2022.