Inspiring story of Mirabai Chanu, the Silver Medalist from India in Tokyo Olympics 2020

Mirabai Chanu is an Indian Women's Weightlifting Champion. She became the 2nd Female Weightlifter to have won an Olympic Medal for the country after the legendary Karnam Malleshwari who won Bronze in 2000. Read ON!
This Page Has Inspired
934
People So Far.. 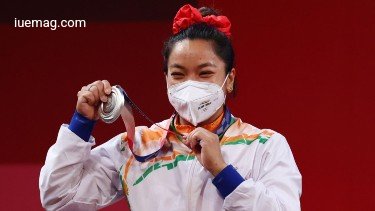 Who is Mirabai Chanu?

Mirabai Chanu won a Silver Medal for India in Women’s Weightlifting at the Tokyo Olympics 2020.

Let’s get to know Mirabai Chanu a bit better, shall we?

Mirabai Chanu belongs to which state:

Mirabai Chanu was born and brought up in a village called Nongpok Kakching in the Manipur state of India. The village is about 30 kms away from the capital city of Manipur: Imphal. She was born on 8th August 1994 to Saikhom Kriti Meitei and Saikhom Ongbi Tombi Leima (Tombi Devi).

Mirabai Chanu hails from a humble & poor family backgrounds. Her father 'Saikhom Kriti Meitei' was a construction worker with the State Public Works, and her mother 'Tombi Devi' worked in the Paddy fields and ran a small tea shop in the village. Mirabai was the youngest among the six siblings. The financial crisis was such that 3-times food a day for the family was a luxury. 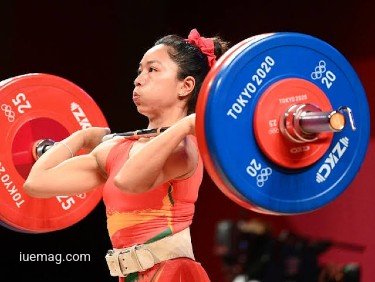 On one such day, Mirabai (12 years old) accompanied her brother to a forest nearby to fetch firewood, they were able to collect a good amount of firewood, but her brother struggled to lift the bunch of firewood on his head. Mirabai offered to lift and did so with ease.
She not only lifted the firewood, even walked with them on her head till her home, which was at about 2kms distance from the forest. This left her brother and mother startled. Her mother was the first to recognize this ability of hers for lifting weights. There was a lot of encouragement for the sports for children in the district and hence her mother enrolled her in weightlifting.

The journey wasn’t easy. Mirabai had to travel from her village to the city of Imphal for her training every day. Owing to the financial crunch in the family, her parents weren’t able to make any arrangements for the transportation. But Mirabai never let this become an excuse. She would ask lifts from the truck drivers going to Imphal (the capital city) to reach the stadium for her training.
It was her sheer dedication that left the truck drivers amazed, and they were happy to give her a lift every day. Even her Mom could see the dedication in Mira’s eyes. Her Mom even mentioned in an interview that, Mirabai wouldn't complain if there was no food at home, but would feel very sad on the days there was no training. Such is the passion of Mirabai towards her sport of weightlifting.

It was 2006 when the then 12 years old Mira started her training at Sports Academy in Manipur. After years of hard work, her first breakthrough came in the 2014 Commonwealth Games in Glasgow, Poland. Mirabai won a Silver medal in the 48-kg category, and then she even qualified for Rio Olympics in 2016. 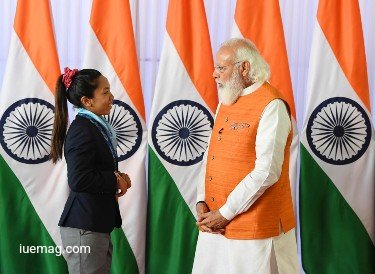 But Rio Olympics brought disappointment in Mirabai’s career. To her own and everyone’s shock, she failed to lift in all three attempts in the clean & jerk section. This left her devastated. She felt so depressed that she even got thoughts of quitting the sport. It was a tough phase for Mirabai, but her mother and coach stood by her. Her mother motivated her and inspired her to begin in a new way. Her Coach Mr. Vijay Sharma figured out the flaws and started working on correcting them.
Mirabai recovered from the loss in a few days and started training again. Mr. Vijay Sharma changed the technique to suit Mirabai to enable her to improve her performance. In a year, Mirabai fought back by winning a Gold Medal in World Weightlifting Championships held in California. She won this Gold medal by lifting a combined weight of 194 kgs. She also bagged a Gold Medal in the 2018 Commonwealth Games by lifting a total of 196 kgs.

Mirabai Chanu was the only Indian Woman Weightlifter to qualify for the 2020 Tokyo Olympics. A dream of hers was so close to coming true but the challenges didn’t leave her as yet. She was on the 2nd day of her period and developed cramps the day prior to her final lift. But, being a fighter as she was, she refused to give up. He along with her coach worked on the ways to reduce the pain from cramps and continued her practice.
On the day of the lift, though there were possibilities & horrors of the Rio Olympics-like situation from the pain, she motivated herself and went on to win a Silver Medal at the Olympics by lifting a total of 202 kgs. She created history by becoming the only 2nd Indian Woman Weightlifter to have won an Olympic Medal. 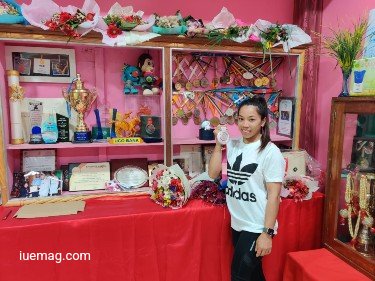 Age: As of the time of this article, she is 27 years old.

● For her outstanding performances, she was awarded the Padma Shri (the fourth highest civilian honor) by the Government of India for her contributions to the sport.

● She has also been awarded the Major Dhyan Chand Khel Ratna award by the Government of India in 2018.

Mirabai Chanu stands as an example that passion, dedication, and a strong will can help us overcome any odds that come on the path towards our goals. There are ups and downs in every journey, but it takes a strong will and courage to get back up, go all out, and achieve what you wanted to, though there might be people who might not believe in you.
Mirabai didn’t let the financial crisis in her home come on her way to her goal. She doesn’t look like the one who will stop here. She mentions that she is happy but not satisfied with a Silver medal, and would eye the Gold Medal in the next Olympics in Paris in 2024.

What is the most inspiring point for you from the story of Mirabai Chanu? Leave the answer in the comments below.

This Page Has Inspired
934
People So Far..
Any facts, figures or references stated here are made by the author & don't reflect the endorsement of iU at all times unless otherwise drafted by official staff at iU. This article was first published here on 27th November 2022.