This Page Has Inspired
909
People So Far.. 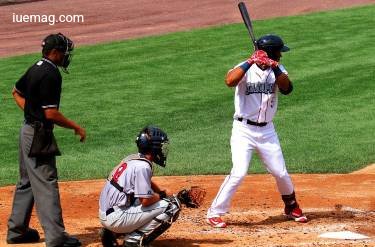 Baseball is one of the most popular sports in America, but it also reached other parts of the world, like Asia, South America, and some European countries. These aren't the sport's golden years, but it's still bringing great numbers regarding viewership. A few decades ago was the pinnacle of baseball, and that was for a few reasons.

Streaming platforms, bookmakers, trading cards, and a few more things directly impacted the popularity of this sport. Figuring out MLB picks is a bit more complicated compared to other sports because it's harder to predict the games. Still, professionals think it's a great opportunity to make money if you have knowledge. The game changed a lot throughout the years, and there are a few interesting stories you probably didn't know about.

There was considerable debate about baseball history because no one knew how everything started and who invested in the sport. People just started playing it in some way, and the changes kept happening until it became so popular that someone had to set the rules. In order to figure this out, Henry Chadwick decided to post an article from more than 100 years ago where he suggested that the sport originated in the UK.

The biggest executives in the sport disagreed with that, and they decided to find out who actually was the founder. Albert Spalding was one of the people that went searching, and he found out that Abner Doubleday was the right person to be named as the founder.

This debate between the biggest names in the sport at that time was very interesting to watch, which helped baseball gain popularity. The most interesting thing about this story is that Doubleday was surprised that he was named the founder. The executives' proof was from a miner who claimed he knew Doubleday and, at one point, he drew the field and set a few rules. 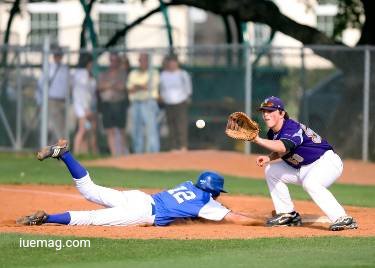 Trading cards became popular a while ago, and some of them were sold for millions of dollars. This helped the sport build a whole new community that loves the sport but also loves trading cards. They might not visit every game and are not more informed compared to an ordinary fan, but there are many people collecting them.

One of the most expensive cards is a Mickey Mantle card from 1952, which was sold in 2022 for $12.6 million. This broke the last record, which was set in 2021, and it was another MLB player named Honus Wagner. The card was sold for almost $7 million, so besides your MLB predictions, it might be smart to start collecting cards.

Not a Hardcore Game

Almost everyone can play baseball because it's not a very physically demanding sport which is one of the reasons why everyone liked it from the start. You can still see some of the pro players being overweight, but they are still great at what they do. When you are checking the MLB picks today, you won't count on how prepared a certain player is when it comes to stamina.

Most of the things people bet on will depend on the strength and team play. When you have a sport that anyone can play, and you only need a bat which you can find in any bigger store in the US, it means that kids will start playing it outside. The same goes for soccer because you can make a goal anywhere you like; you only need a ball.

Subscribe!
Fan Base
One of the crucial reasons is also the fan base which is very dedicated to the sport. Fans usually know things from the past because there were many interesting moments on TV and historical information databases to dive into the deep history of baseball in the modern era. When you have a lot of people talking about the sport, it means that it will gain popularity quite fast. This also happened in the early days, and now they have over 500 million fans worldwide.
Copyrights © 2023 Inspiration Unlimited eMagazine

This Page Has Inspired
909
People So Far..
Any facts, figures or references stated here are made by the author & don't reflect the endorsement of iU at all times unless otherwise drafted by official staff at iU. This article was first published here on 29th November 2022.