A Wizard, A Mortal - Steve Jobs Would Forever Stay Alive

Salute to the Man, who was indeed above most men. iU eMagazine dreams of setting a trend that the rest shall forever yearn to follow, establish a legacy that shall transcend generations and bring alive a culture that shall help contemporary generations to live in harmony and inspired states of mind.
This Page Has Inspired
1230
People So Far.. 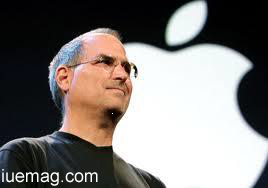 Sometimes, you will have a lot of things to say, but then something which somebody else said takes greater precedence because of the timing. Yeah, it's all about timing. It's not even a week since Steve Jobs has expired, and it won't be a month by the time you all get to read this.

And it goes without saying, when somebody of that stature, who has been a source of inspiration to me, ever since I watched the very famous video where he advices 'Stay Hungry, Stay Foolish', where he talks about connecting the dots in life, about believing in your instincts and much more - his words take precedence to mine, without a teeny-weeny bit of doubt.

Death laid his icy hands on Steve Jobs on a Wednesday- I'm sure you all remember - and took his creative mind and true and passionate soul all for himself.

Quoting the man himself,
"No one wants to die. Even people who want to go to heaven don't want to die to get there. And yet, death is a destination we all share. No one ever had escaped it. And that is as it should be, because Death is very likely Life's best invention. It clears out the old, and makes way for the new. Today the new is you, but some day not too far from now, you will be the old and be cleared away.
Sorry to be so dramatic, but it is quite true. Time is short, Don't waste your time living someone else's life. Have the courage to follow your heart and intuition, because they already know what you truly want to be."

He was a true perfectionist, working with all his heart all his life, and the results are very visible. He was a testimony to the fact that it is death that gives meaning to life, who made the best use of the time that was available for him.


And as I write, I see an Apple on the table, and I take a bite, my breakfast for today (yes, I write before breakfast) I wish to keep the bitten Apple in a glass case, as if that would serve as a constant reminder of what Jobs meant, and what he left behind. But then, it strikes me that a number of you will be reading this article on a tab, or an iPhone, or the iPad, and Steve Jobs' products - definitely of the people, by the people, and for the people- I think an Apple is the least of the things that reminds us of him. Also, all of you who've pledged on 36meals.com will totally understand my anguish at leaving an Apple to waste after taking just one bite. Two reasons to finish the Apple, and I almost always need just one!
Words aren't enough to describe this fellow human, and that is probably the most inspiring thing among everything. That he was a human, and we belong to the same race. Even when the frail vulnerability of death proves him to be a mortal, Jobs has proved to be immortal by what he has left behind.

This Page Has Inspired
1230
People So Far..
Any facts, figures or references stated here are made by the author & don't reflect the endorsement of iU at all times unless otherwise drafted by official staff at iU. This article was first published here on November 2011.
Sandhya Nagaraj
Sandhya Nagaraj is a contributing writer at Inspiration Unlimited eMagazine.