Birds in the Campus! The Spirit of living with Nature

Today there are very few places left around Bangalore which are good bird habitats. After some decades there will hardly be any area left around Bangalore that can provide shelter to the birds. We should be proud because our campus has been able to retain this bird richness and diversity. If these places are gone, it is impossible to bring them back. We all should thrive to protect these natural habitats and resources.
This Page Has Inspired
734
People So Far..
It was three years ago, that birds caught my interest. They somehow fascinated me. Their colors, their songs and calls attracted me to look at them more closely. So naturally, when I joined engineering, I also started looking at birds in our campus. I have come across more than a hundred species of birds here, which is nearly one third of the number of species recorded in Bangalore.

But before that, for the benefit of those who might be reading our college magazine before exploring our campus, I have described the features below. 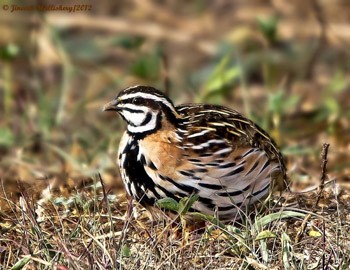 Our college is in the South-Western part of the Bangalore city, about 3.5 kilometers from the Bangalore-Mysore Road. From the approach road to our college, the spectacular views of the Savandurga and Ramanagaram hill ranges can be seen. These are some of the very few hillocks that are located close to Bangalore, being haven to some of the very rarest of the bird species in the world.

Our college is in a very well wooded area, with an area of around 13 acres. The campus has Mango groves, Sapota orchards, and areca nut-coconut plantations. The campus also has an undisturbed area of bamboo clumps and other wild varieties of trees. A down-stream of Kommaghatta tank flows through the campus adding to the natural beauty. Our college is surrounded with plantations and orchards, and there is a big patch of continuous grassland measuring more than 200 acres. The place also has a few hillocks and perennial streams, with trees.

The college building, canteen, playground and the parking areas are the places which are frequented by students, teachers and others. These are the places with considerable noise and disturbance; rest of the campus is quiet and serene, which has a quieter and undisturbed area compared to the places of human activity. This is one advantage for the birds to stay in our campus.

The quieter places are the stream, the vegetation around it, and the thickets on the other part of the stream, the mango and Sapota orchard, and the areca and coconut plantations next to the canteen. Birds require places for feeding, roosting and nesting. The extent and variety of habitats encourage a good variety of bird species and our campus has had about 103 different species of birds. This shows how rich our campus is in its bird life.


The following is a list of the birds recorded in our campus so far, and I bet that you wouldn't know half the birds listed here if you are a novice! (and I want to warn you that the list is loong, so you might want to come back to this list often if birds interest you):

Happy Bird Watching! Nature is beautiful and we are blessed.

This Page Has Inspired
734
People So Far..
Any facts, figures or references stated here are made by the author & don't reflect the endorsement of iU at all times unless otherwise drafted by official staff at iU. This article was first published here on 19th November 2013.
Arun Chikkamarappa
Arun Chikkamarappa is a contributing writer at Inspiration Unlimited eMagazine
Unverified