This Page Has Inspired
2230
People So Far..
Girish Badragond is a common man with uncommon intellect from Bijapur District, who came to Bangalore in 2006 with a laptop, a wireless router and one way bus fare. Now, after 8 years he is a partner at Santepp Systems, a fast growing technocrat proprietary firm in the field of agricultural technology manufacture. He is a symbol of learning from observations and experiments. Coming from a rural background, with no support or encouragement for his hunger for technology, today, he stands as a role model for many technocrats and as a blessing for many farmers through his innovative products.

“Ever since I was a child, I loved playing with the machines. My first experience in machine was when I dismantled my cousin’s watch and fixed it again,” Badragond says.

SSLC pass Badragond didn’t get an opportunity to study further but this didn’t come in the way of his dreams. When he was in High school, he could easily do projects like making an inverter, power supplier etc., for engineering students.

One of the incidents that proves his genius technical talent is when he had to help his brothers apply for government jobs. Staying in a village with absolutely no internet connectivity, the brothers just had 30 minutes to fill in the application forms. Mr. Girish put his SONY Ericsson phone into a vessel and tied it on a stick 20 feet high and switched on Bluetooth on his desktop in the ground floor. He tethered mobile internet via Bluetooth and filled the application forms online and both his brothers enjoy government jobs today. 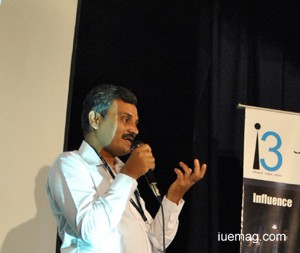 When he first moved to Bangalore, he had no money with him. He had to work in a hotel to earn his daily expenses. Least bothered about the kind of labour he was more interested in exploring the opportunities that the Bangalore City would offer him. Then, he stayed with his friends for a couple of days, and then, found a room on sharing basis. With the help of an old DTH antenna he enhanced his router and sold the bandwidth up to 10 kms and earned some money.

Later, he realised that no matter how much technical brilliance he had, he needed to master the management and administrative skills to bring his ideas into reality. He understood that learning to handle finances, people and the laws of the business is very critical for accomplishing his dreams and visions. Hence, he took up a job as a technical director in one of the firms in Bangalore and worked for 2 years to understand the organizational structure. Finally, supported by NABARD and NIF, he founded the Santepp Systems with other partners. The company provides simple solutions to various agricultural needs.

Some of his inventions include;

Studying underground water has never been easier. The Bore-well scanners have a camera with flash and 180 degree rotation in horizontal space. The equipment can click pictures, check inflow and outflow of the water. “It also checks whether the bore-well has stagnant water. There is no point digging a bore-well when there is no proper inflow of water as it is waste of money,” says Mr. Badragond.

Bore-well scanners can also check for leakages and holes. Mr. Girish is working hard to get the project under the government’s radar so that it can help to spot the unused bore-wells and get them closed so that a lot of social mishaps are avoided. Many children have fallen into unclosed bore-wells and lost lives. Many victims have met with accidents due to open bore-wells. All these harms can be avoided with the help of these bore-well scanners.

This unique irrigation controller helps you to operate the pump sets and irrigation valves from remote places without physically being there. Micro irrigation controller regulates the flow of water and feeds water to plants to the extent of their requirement. Thereby, water wastage is minimized and available water is put to maximum usage.

“Drip irrigation sometimes leads to excess water to the crops which spoils the crop, while this system works according to the crops’ needs,” says Mr. Badragond.

The solar sensors are inserted in the soil at various places; these sensors send signals to the unit. The unit will automatically turn on the motor for water flow according to the priority and turn off after the requirement is fulfilled. The system can cover over 10 acres of land and costs Rs. 1.5 lakh. The basic version of the machine covers 2-3 acres of land and costs jut Rs. 20,000 - Rs.25,000. Mr. Bandragond has also developed an android app for the system.
Get the Latest & Recommended articles in your Inbox

This equipment with eight speakers and a timer repels the birds through various noises. The farms are located in outskirts of the village and noises won’t trouble the villagers. The main unit is kept near an electric point. It also has 3 days battery backup. The frequency of noise generated is such that it acts as the predators’ sound for the birds and hence the birds don’t harm the crops.

If you’re going on a vacation with no one to look after your garden, this equipment by Mr. Bandragond switches on the water flow every day at prescribed time and stops after a certain time in order to ensure that your terrace garden is green and intact even in your absence. The system costs just Rs. 5,000.

Many such innovative products are in the pipeline from Santepp Systems. Recently, Mr. Girish Badragond has started an NGO as well that shall work for empowering children with the right practical application knowledge of science and technology. He is on his journey to bring in the technological revolution in the agricultural field of India and aims to make India as the No. 1 country to have the best agricultural system backed with the right technological support.
Copyrights © 2022 Inspiration Unlimited eMagazine

This Page Has Inspired
2230
People So Far..
Any facts, figures or references stated here are made by the author & don't reflect the endorsement of iU at all times unless otherwise drafted by official staff at iU. This article was first published here on 29th November 2014.
Mohan BN
Mohan BN is a contributing writer at Inspiration Unlimited eMagazine.