This Page Has Inspired
1637
People So Far..
Growing up in US, Rikin Gandhi dreamt of becoming an astronaut and even applied for a pilot's job with the US Navy to get on to the space shuttle programme. A minor eye problem which needed corrective laser surgery came in the way. What happened next? Let's know it from him...

1) Being an aspirant of aeronautical and astronautical engineering, when and how did this concept of starting Digital Green spark in you?

Valuable insights from a biofuel venture in rural Maharashtra combined with a passion for sustainable agriculture and use of technology for socioeconomic development prompted me to stay in India as part of Microsoft Research India’s Technology for Emerging Markets team. What encouraged me was the potential for knowledge sharing among small-scale farmers and its impact in terms of increased productivity and well-being of the community. My stint with the Microsoft Research team revealed that the video approach was more influential and cost-effective as an information dissemination and advocacy tool among rural communities than the traditional extension system which is limited, in terms of reach and relevance of content.

2) How did you go from doing engineering to computer science and physics and become a licensed private pilot, and now into an independent not-for-profit organization working in agriculture and technology for socioeconomic development?

I grew up shooting for the stars. Astronauts, like Neil Armstrong, inspired me with their ability to achieve what had only been a dream for many.

And so, I looked into books and newspapers to figure out what I needed to get the right stuff for the astronaut corps. I studied computer science and aerospace engineering, got a pilot license, had eye surgery, and built some muscles to set myself on a course for lifting off.

While waiting on an application to the U.S. Air Force, I had a chance to go back to the biographies of astronauts that I had read growing up. This time, I looked not so much at the steps that they had taken to become astronauts but at their reflections while they were in space and after they had returned to Earth. 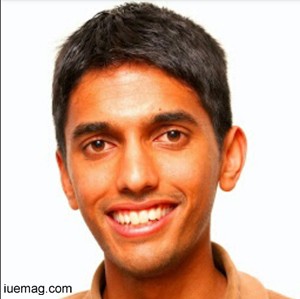 Astronauts often describe spending much of their free time gazing back at our pale blue planet against the blackness of space. Many ask, ‘Why is there war?’ and ‘Why is there poverty”, as they see our unique place in the cosmos first hand. Some even look to reconnect with the world and its people by coming back to Earth and becoming teachers and farmers.

Though I didn’t make it all the way, I questioned my motivation for shooting of my fifteen minutes in space while considering the sacrifices that it would entail. I wasn’t sure where that epiphany would lead to but I thought rural India would be a place to start.

3) Tell us something about your model and the use of technology in rural areas of India, Ghana and other parts of Africa as the basis. How far do you think it is effective?

At Digital Green we use an innovative digital platform that brings together technology with global development efforts. Using technology and social organization to leverage existing extension systems we build the capacity of communities to develop and disseminate local knowledge in the form of videos, as well as capture usage data and feedback to improve the content as per the community’s requirements. In a controlled evaluation, the approach was found to be 10 times more cost-effective and uptake of new practices seven times higher compared to traditional extension services.

At the core of our approach is the idea of using video as a behaviour change communication tool. The medium is optimally designed for interpersonal behaviour change communication with smallholder farmers, as it overcomes problems of illiteracy and is an intuitively accessible technology, especially when local farmers convey the advice and information in the video. While video provides a point of focus, it is people and social dynamics that ultimately make the solution work. Local social networks are tapped to connect farmers with experts; the thrill of appearing “on video” motivates farmers and homophile is leveraged to minimize the distance between teacher and learner.

The foundation of our data management solution suite is COCO (Connect Online Connect Offline), which captures data related to the key processes of the Digital Green approach – video production, dissemination and adoption of practices – with the unique ability to accept data while offline for areas with intermittent internet connectivity. 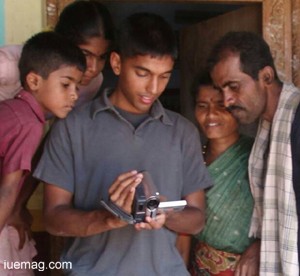 Since its inception in 2008, till date, our organization has built the capacity of community intermediaries to produce over 3,300 short localized videos on agricultural, health and nutrition practices, which have been shared among more than 400,000 farmers across over 4,000 villages in India, Ethiopia and Ghana. The adoption rate using this participatory video-enabled approach is nearly 50% leading to improved livelihoods and health and nutrition practices across the project sites.

4) What were some of the major challenges in the history of Digital Green?

Our challenge has been to identify partner organizations with the existing domain expertise, scale of interventions, and trust and rapport with rural communities that we can effectively integrate our approach with. When we spun-off from Microsoft, I, personally had to begin understanding what entrepreneurship was. At each stage in our evaluation, I’ve had the privilege and the keen interest to learn new skills: from talent management to developing protocols to scale our approach while maintaining quality. We had to change, for instance, our approach of getting partners to work with us from one, where we were looking to experiment with a new idea when we were a research project to getting our partners to take ownership for driving our system for themselves. I had no background in agriculture or rural development and no ability to speak Kannada. It was a challenge, but fortunately, we had partnered with a grassroots-level NGO, called GREEN Foundation, whose team welcomed me to the rural communities with whom they worked.

5)  Today, according to you, would you have been a better pilot in the U.S. Air Force, or you find your current venture more exciting?

“It’s not rocket science” is an often repeated cliché, but when you walk through the halls of university aerospace engineering departments you often hear the opposite “this is rocket science”. Rocket science is seen as a benchmark of that which is difficult. Indeed, John F. Kennedy famously said “We choose to go to the moon in this decade and do the other things, not because they are easy, but because they are hard.”

Over the last several years, I am convinced that this is a more challenging enterprise. Fortunately, the same principles of looking at a rocket from a system's perspective – human, machine, and environment – are still critical when analyzing agricultural development issues.  Like engineering, development decisions need to be grounded in sound science and reasoning. Interestingly, it was the crises of the Cold War that initiated the Space Race and predictions of a Malthusian famine that led to Asia’s Green Revolution.

6) Who do you think has played a prominent part in getting Digital Green to this level?

Our partners and the rural communities we engage with have been our greatest supporters – their trust and acceptance of our approach has played a major role in our organizational evolution. Our partnership with the Governments of India and Ethiopia has also provided a major fillip to our growth and scale.

7) Do you plan to take this concept into other countries in near future?

We’ve extended our approach to Sub-Saharan Africa and are exploring opportunities in other geographies as well, such as Laos, Afghanistan etc.

The eyes of the villagers followed us as we took an early morning jog past their homes. I came to India nearly three years ago to work on a biodiesel venture which failed. A year later, I was walking around farmer fields with a laptop trying to spot a farmer who I could speak with to understand whether there was a role for technology, in any of its forms, to improve his or her status. Now, we had a team. As dusk approached, the team headed to a village. A TV, DVD player, and tractor battery was perched on a temple patio as some small commotion lighted by the screens of mobiles phones surrounded the equipment to ensure that the connections were made correctly. As darkness set in, a steady stream of lanterns flickered about as men, women, and children made their way to the screening from their homes.  For the next hour, the group sat together watching a video that demonstrated how a fellow farmer had improved the productivity of her paddy crop using the system of rice intensification (SRI). They requested the clip to be paused and repeated, asked questions, and shared testimonials with one another. The video screening ended and everyone returned to their homes. The next day, our team returned to the village to see the results: there were some farmers who were still asking questions, some farmers who outspokenly rejected it, and some who were attempting the practice of SRI on their own fields.  The curiosity and interest for learning had been sparked.
Copyrights © 2023 Inspiration Unlimited eMagazine

This Page Has Inspired
1637
People So Far..
Any facts, figures or references stated here are made by the author & don't reflect the endorsement of iU at all times unless otherwise drafted by official staff at iU. This article was first published here on 11th November 2014.
IJ Anita Tejwani
IJ Anita Tejwani is a contributing writer at Inspiration Unlimited eMagazine.