Cryptocurrency, THE NEXT BIG MONEY

This Page Has Inspired
1281
People So Far..
The term ‘cryptocurrency’ means, a medium of exchange like normal currency. We can call it a digital currency unlike a centralised currency that is controlled by government for its value. But cryptocurrencies are decentralised, which means, they are not issued by the government, but by some developers. It is a designed process which is made possible by certain principles of cryptographic host function SHA256. To be honest, the first time ever I started to think about cryptocurrency is when bit coin, the first decentralised cryptocurrency, made big change in the stock market. The existing cryptocurrency is not a currency but a stock. So, how does it work as a currency, when it is a stock?? What are its advantages? 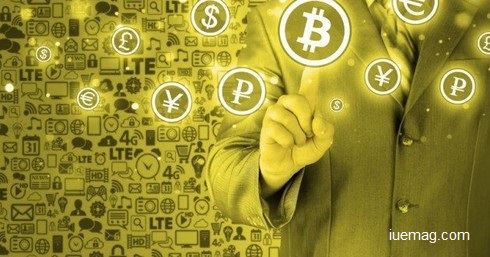 Whenever you do online transaction, the bank takes away 2% of your money but when cryptocurrency replaces bank as the third party and it removes that 2%service charge entirely, but, how do they do it? The cryptocurrencies are released by a mean called data mining which releases half the number of coins as year passes. This way, the value of money won’t have effect on inflation like normal currencies so it simplifies and makes it cheaper to pay online. The third part, that is the miners, that are benefited by getting new coins rather than the traditional way of services charges in online payments.

Anyway, if you want to start to invest in cryptocurrency, or you want to buy bitcoin or other crypto coins, there are so many exchanges out there, and it is very difficult to learn how to choose the best cryptocurrency exchange for our needs, especially if you are new to crypto. Therefore every day there are news about scams and people losing their money, and this is why it is so important to choose a trusted and reliable one. To solve this problem, cryptimi.com staff created a very helpful list of the best and trusted cryptocurrency exchanges and the safest cryptocurrency wallets where to safely store your crypto. Therefore you can also find the reviews, guides, news and everything else about cryptocurrency. Have a look at it today, you are no more left alone!
The most established cryptocurrency, the bit coin is said to be the 6th largest currency by 2030. But what is the failure? Humans are based on one principle when it comes to financial matter, security. Cryptocurrency is a stock rather than a currency and for this reason, its credibility is not valued.

The desperation by these kinds of current cryptocurrencies to establish in the market is very visible. The kind of promotion, tit for tat articles regarding any kind of pessimistic articles and the insecurity about the role as a currency is very evident from the social media and the other medias.

The adoption of cryptocurrency by many e-commerce related firms would be the start of change that the world is going to face about the role of digital currencies in the future.
Get the Latest & Recommended articles in your Inbox

Subscribe!
In my opinion, it’s high time the banks and financial institutions adopts the idea of cryptocurrency. By using it, the banks could avoid the service charge they take from the customers. In such a scenario, the source of their income will come from the data mining and avoiding normal clerical work with an efficient technique called online ledgers, which are automatically recorded whenever a transaction with the digital currency happens.

The existing cryptocurrency may not have a role in future, but, will lay a path for more solid digital currency which will be operated by a trustful third party.

This Page Has Inspired
1281
People So Far..
Any facts, figures or references stated here are made by the author & don't reflect the endorsement of iU at all times unless otherwise drafted by official staff at iU. This article was first published here on 20th June 2019.
Jithin Shaji
Jithin Shaji is a contributing writer at Inspiration Unlimited eMagazine
Unverified