The Battle for Bringing Bicycles

This Page Has Inspired
1320
People So Far..
When I was a child, there were bicyles available on rent in almost every city. I used to take bicycle to learn how to ride it and it was available in almost every locality (mohalla). It was so convenient, economical, environment friendly and helpful to the people. In the last few decades this has simply disappeared. However, there are many persons who are trying to revive bicycles in some or other forms. Mr. Chinmay Sharma travelled from Western India to Eastern India on bicycle and tried to promote bicycle as a mode of transport. He organized many movements in Rajasthan to promote bicycles. 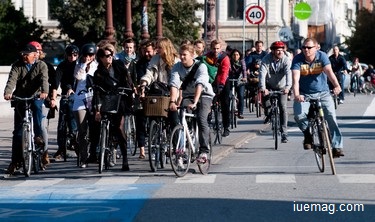 Here I can’t resist sharing the story of Jui Gangan on promotion of bicycles in Mumbai. I will take you to 2009. Jui Gangan, a student of post graduate programme used to face problems in commuting daily to her college in Mumbai. One day while she was stuck in road, the auto driver challenged her “if you are so impatient, why don’t you cycle down to your college”. That was the spark to provoke her to action she had been thinking all these days. She had been thinking about importance of bicycle riding and how to promote it, but that moment forced her to take up a step in this direction. She started cycle sharing system in Mumbai and got more response than she expected. More than 75 students (as against her expectation of 30 students) joined cycle sharing system  and 75% of the members were girls.  Jui Gangan promoted bicycle movement aggressively and asked people “adopt bicycles - it's good for health, good for environment and you can save at least Rs. 10, which you can spend on Vada Paav (a food item).” Her initiatives helped her in preparing over 750 bicycle enthusiasts.

Realising that nothing is possible in India without government support,  she then approached governments to help in spreading this movement. At that time Pune Municipal Corporation invited proposals for public-private partnership for promoting bicycles. Jui Gangan grabbed the opportunity and went ahead. However, it was at that time that she got first-hand experience of working with government departments. As she worked closely, she realized the scale of bureaucracy and corruption. Moving from desk to desk, bureaucrat to bureaucrat, she was completely exhausted from the red-tape and corrupt systems. Being a young enthusiast, she was also committed to values of honesty and integrity and therefore didn’t want to succumb to corruption. It was like “Ye kahani he diye ki our Tufaan ki” (This is a story of a lamp and a storm). The young girl fought against the gigantic system and ultimately won this almost impossible battle. But by that time, she also realized that it would be impossible for her to work with government system, which would create hurdles for her almost every day. She gave up her project to take up a bigger role of advocating for social change and promoting social entrepreneurship.
Get the Latest & Recommended articles in your Inbox

She is now trying her best to promote public policies for better public transportation system including bicycles. Let us wish that such initiatives may again bring about a positive impact on our lives and help us in fighting against rising pollution.
Copyrights © 2023 Inspiration Unlimited eMagazine

This Page Has Inspired
1320
People So Far..
Any facts, figures or references stated here are made by the author & don't reflect the endorsement of iU at all times unless otherwise drafted by official staff at iU. This article was first published here on 25th November 2015.
Dr. Trilok Kumar Jain
Dr. Trilok Kumar Jain is a contributing writer at Inspiration Unlimited eMagazin