This Page Has Inspired
1173
People So Far..
Perhaps the most exciting branch of commercial UAV technology is its ability to water our creative soil. Cinematography and professional video services are, quite frankly, the sexiest of the UAV industry line-up, and using drones for these purposes has levelled the playing field for directors seeking that perfect panorama without spending thousands on a single helicopter shot. As digital cameras have fallen in price, making amateur film-making more affordable, drones are streamlining the production of countless movies, TV shows, and corporate and tourist video shoots, all while doing it under the radar of the average cinephile. 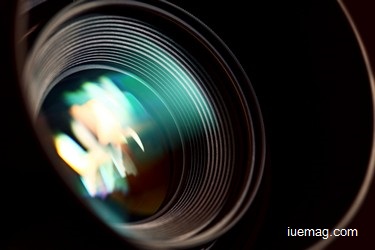 After Roger Deakins flirted with drone filming in Skyfall (that astonishing opening, if you remember it, was kinetic for a good reason), Bond is back with his off-screen gadget for this year’s Spectre, a visual and visceral treat that offers gorgeous frames of Austrian, Italian and African landscapes between bursts of typically suave gunplay. Pleasingly, since the film lambasts the topic of drone surveillance for government spying programmes, Spectre epitomises the technology’s shift from military to popular custom, the very nature of its story complimented by using UAVs creatively to tell that story in the first place. Not for a moment am I suggesting Sam Mendes was at all bothered about the juxtaposition, but for drone geeks like us, it’s a nice sign of the changing climate around what drones can offer for society, and how commercial drones are distinguished from their counterpart.

Similarly, Game of Thrones used drones for its latest season, most notably in scenes approached with bated breath by fans of the 5th book. For any of you that tuned into DanearysTargeryn’s dragon ride from the fighting pits, you’ll recall the sense of awe you felt watching masked terrorists duelling with a colossal number of extras in Mereen (or Spain, if you’re a pedant). Spotting Peter Dinklage’s magnificent, craggy head in a sea of flailing bodies was a reminder of the show’s sense of spectacle and, for pure ambition, went down as a classic sequence in GoT fandom. How great, then, to learn drones were a big part of stitching those shots into a coherent and malleable array of violence and wonder. It’s hard to guess how many production companies now use drones regularly for filming, but Hollywood, as it does these days, is taking its cues from TV; we can expect a wide proliferation of UAV shots in the coming years, mainly for thrillers, where the machines can move easily with the action.

The cinematic courtship of drones is also being literalised in a film about a boy and his best friend. Chad Kapper, a hobbyist and movie-maker, released Rotor DR1 in October, a meet-cute tale of a 16-year old drifter (played by his son) inan apocalyptic future where drones are scavenged for their valuable components. The hero is surprised by the arrival of a quadcopter that seems to be drawn to him, which the trailer promises will mean gentle, sun-flared portraits of man and drone, at the end of the world, living out the fantasy of a million operators. What’s remarkable is that the first film about drones was born out of a Youtube channel, and a crowd-funding campaignthat followed shortly afterwards. Kapper simply asked a forum, “What do you want to see in a film about our hobby?” The response was electric: drone enthusiasts were able to consult him on almost everything, from costume and dialogue changes to why, exactly, the boy has to have superpowers.

So UAVs are now the stars in front of, and the strings behind, the screen. How mind-boggling that such developments have arisen so quickly, with common sense, and respect for the sacred ground of the moving image. Now it’s time for cinematic auteurs to show what they can do with a buzzing sidekick and an ounce of passion. I strongly urge anyone with an interest in drone filming to submit for Dronefest 2016, the UK’s ground-breaking drone film festival. There’ll be a ton of categories to sink your proverbial teeth into. Go on, show us what you’re made of; your inner Scorsese, Kubrick or Fellini may be hungering for new heights.
Get the Latest & Recommended articles in your Inbox

You can register for attendance through https://www.eventbrite.co.uk/e/dronefest-tickets-18608429313

This Page Has Inspired
1173
People So Far..
Any facts, figures or references stated here are made by the author & don't reflect the endorsement of iU at all times unless otherwise drafted by official staff at iU. This article was first published here on 11th November 2015.
Joshua Potts
Joshua Potts is a contributing writer at Inspiration Unlimited eMagazine
Unverified