This Page Has Inspired
1142
People So Far..
Lets start with a story; a story of someone like you. Someone who didn’t know fear or limits, someone who wanted to do something big, achieve something big, be someone BIG. He asked elders, “So, What should I do to reach there?”

The elders felt happy and startled at the same time! They were happy because they felt that their young one was exhibiting signs of smartness and potential greatness, but they were startled because they were at a loss for right answer to his question. 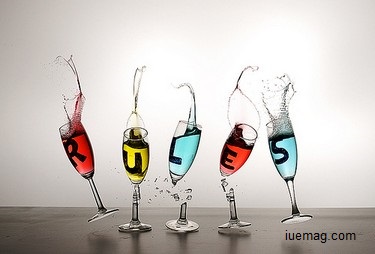 The elders deduced that to achieve much more, the young one would need to

1. Get a better degree
2. Become better at some skill faster

With best intentions, they told the same to the young one. Our friend, the young one stopped ‘wasting’ time on other activities like painting, dancing, singing, playing and so on and focused only on studying diligently.

Then something happened and everything changed – the situations, the times, the thought process, the world….LIFE changed.

The young one, now a grown up realized that life is tough, as the elders would say, but other things were not same. Now, almost everyone had one or more degrees and they still were not doing what they wanted. Many people without a ‘better’ degree were more successful. Some of his friends from long ago who ‘wasted’ time at painting or dancing were living comparably a better life. People changed jobs and jobs changed people. Just having very concentrated knowledge could mean job insecurity and lack of opportunities. “So, what should I do now?”, the grown up wanted to ask but didn’t know to whom?
Get the Latest & Recommended articles in your Inbox

Subscribe!
If you can relate to the protagonist or know someone who would, you need to know that ours is the changed world, different from what we grew up in, different from what our elders experienced. The game is more or less the same but THE RULES HAVE CHANGED and you need to understand that to play the game better and increase odds in your favor to achieve what you want and reach where you want.

Check out what you need to know in next part of the mini series “So, What should I do?”.
Copyrights © 2022 Inspiration Unlimited eMagazine

This Page Has Inspired
1142
People So Far..
Any facts, figures or references stated here are made by the author & don't reflect the endorsement of iU at all times unless otherwise drafted by official staff at iU. This article was first published here on 4th Anniversary (20 Nov '15).
Ashish Vaidya
Ashish Vaidya is a contributing writer at Inspiration Unlimited eMagazine.