This Page Has Inspired
1139
People So Far..
‘Hema, Rekha, Jaya aur Sushmaaaa. Sabkhi Pasand Nirma’. ‘Buland Bharath ki Buland Tasveer, Hamara Bajaj’. These advertisement jingles of 80’s and 90’s make us nostalgic, isn’t it? Advertisements jingles are influencing our buying decision even today. Let us understand the background of these phenomenal advertisement jingles and how marketers and advertisers influence us to buy.

In 1989, Rahul Bajaj, then the MD of Bajaj Motors wanted to re-create the same emotional magic of patriotism, of National Integration Campaign of India ‘Mile sur mera turmara’ and General Motors’ ‘Heartbeat of America’ campaign happening in the US. 'Hamara Bajaj' campaign might have gone off the air now, but it has become more than a jingle today. It marks the cusp of Indian brands. 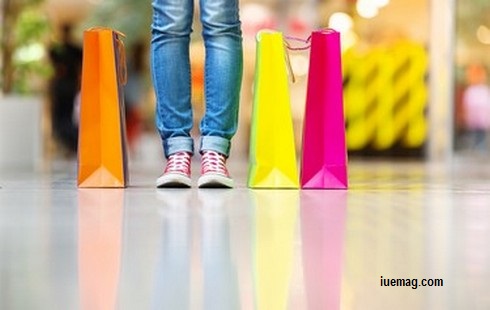 A little girl in white dress twirls her way into a pack of detergent, to the tune of a catchy jingle. The Nirma girl remains one of the most enduring images from the television ads of the eighties and nineties. While the other detergent brands showed housewives washing clothes in the bathroom. Nirma ads showcased mundane activity of washing clothes in very playful and peppy manner.

So, how these advertisements created such lasting impressions in our mind? Bajaj was the ride of a middle class man, who would wake up every morning and get to his routine mediocre paying job on a scooter. Most people did not have a strong bond with their scooters until someone in the marketing team decided to portray to the world that we did! And doing laundry by hand was indeed the most boring and unexciting part of housekeeping. It’s really not half as fun as the jingle portrays it. Then how did these advertisements become so iconic?

It is because you buy things either rationally or emotionally? So how did you buy a packet of India’s staple diet – Maggi? Maggi positioned itself as 2-minute instant noodles ‘Fast to cook Good to eat’ and ‘Taste bhi, Health bhi’. It was targeted for kids, youth, office goers and working women as time saviour. When I was in studying MBA, I had a friend called Roopa who used to eat Maggi every day in the canteen. I asked her, “Do you know how to cook?” She promptly replied “Of course I know. I have learnt cooking in the hostel. I know three dishes to prepare now”. Wow! I said “What are those three dishes?” She said “I can prepare Maggi, Egg Maggi and also Chicken Maggi”

We all know that ‘Maggi’ when we open looks like a dehydrated SpongeBob cartoon character. Hydrogenated fats and Monosodium glutamate are thrown in for flavour. How did we convince ourselves that this yellow packet sold for Rs.10 would be the ideal breakfast, lunch, dinner or snack for people of any age? It is because of the advertisers!

Advertisers of food and drink know that most consumers today believe in the importance of a healthy, balanced diet. They can reinforce this belief - and gain an advantage over their rivals - by emphasizing that their brand contains vitamin x, y, or z, or is sugar free, or any other health-related benefits that will build upon the audience's currently held beliefs.

Interestingly, even superficial thinkers are influenced by strong evidence. When faced with facts and figures, testimonials and charts, these thinkers say, “Wow...look at all these facts and figures. It’s got to be true!”

Do you buy things emotionally or rationally? Do you buy the product with your hearts and justify with your heads? Let me give you the secrets of advertisers. Marketers, advertisers, copywriters use both emotions and logic to create advertisements.
Get the Latest & Recommended articles in your Inbox

Subscribe!
Marketers use emotions to make you see something appealing, something that connects with your pre-existing desires, and those little morphine-like endorphins start doing fast laps around your brains. Marketers use logic for showcasing facts, benefits and features for you to start doing your research, and comparing various types of solutions and competing products. The deeper you get into the details, the easier it is imagining the outcomes, practical benefits, and potential pitfalls of various things.

Logic makes people think. Emotion makes people act. So what’s on your shopping list? A shampoo or a toothbrush or bike or even a house. Before you choose a brand by emotion, think about the relation between washing clothes and the bubbly Nirma girl. If you can’t figure out a connection, you probably should rethink your brand selection!
Copyrights © 2023 Inspiration Unlimited eMagazine

This Page Has Inspired
1139
People So Far..
Any facts, figures or references stated here are made by the author & don't reflect the endorsement of iU at all times unless otherwise drafted by official staff at iU. This article was first published here on 4th Anniversary (20 Nov '15).
Sachin Manjalekar
Sachin Manjalekar is a contributing writer at Inspiration Unlimited eMagazine.