Singapore: A Centre of Excellence for Arbitration

Singapore is officially the Republic of Singapore, sometimes referred to as the "Lion City", the "Garden City" or the "Little Red Dot", is a sovereign city-state in Southeast Asia and now becoming popular as centre of excellence for arbitration. Read ON!
This Page Has Inspired
1035
People So Far.. 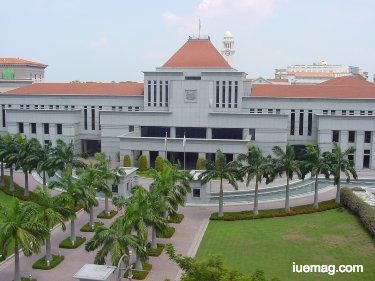 Singapore has a complex and inspiring culture, both in terms of its east Asian heritage and its global role as centre for business and commerce. As such it has become a focal point for legal arbitration and some are predicting that the direction Singapore is taking could lead it to become Asia’s version of the Hague.

As economic relations between Singapore and China become more intensive and agreements such as the Belt and Road Initiative (BRI) gather pace, so the need for expert legal support will also grow. The Singapore International Mediation Centre and the Mediation Centre of the China Council for the Promotion of International Trade, for example will need to work closely together to ensure the smooth negotiation and execution of business contracts between the two nations.

Likewise, Singapore has close ties with the USA and here a fine legal balancing act needs to be achieved if relations between east and west are to run harmoniously. Maintaining the confidence of investors in business, finance and industry is paramount moving forward.

But it is Asia where the Singaporean role will be most valuable and pivotal. Asia is a continent of geographical and political complexity, where billions of people speak hundreds of different languages and where there is a plethora of political systems at work.

Less developed Asian countries, in particular, could benefit from the solid legal framework that Singapore has constructed over many years and which would provide the perfect arena for high level litigation and arbitration proceedings. 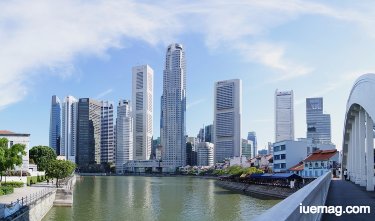 Acting as a neutral third party, Singapore looks destined to become Asia’s centre for disputes that arise from business and commerce activities that are being forged throughout the continent and further afield.

Speaking to the Singapore Business Review, Steve Ngo, a dispute resolution professional commented, “We have a matured legal system, we are well grounded in the rule of law and we are politically stable. Singapore, with all its resources and infrastructure, is able to host these activities at the Maxwell Chambers or, if they wish to take it elsewhere, we are also in a position to provide the rules of mediation to parties.

The reputation Singapore now has as an International mediator is the result of experience gathered over a substantial period of time. Back in 2013, a case between Fraser and Neave and Myanmar Economic Holdings who were disputing the future of the Myanmar Brewery, a joint venture, was monitored closely by the global business community.
Get the Latest & Recommended articles in your Inbox

Subscribe!
The dispute was settled in Singapore, through arbitration and sent signals to the rest of Asia, who then began to follow suit and have since been using the Singapore International Arbitration Centre in ever increasing numbers – securing the countries new status as the Hague of Asia.
Copyrights © 2023 Inspiration Unlimited eMagazine

This Page Has Inspired
1035
People So Far..
Any facts, figures or references stated here are made by the author & don't reflect the endorsement of iU at all times unless otherwise drafted by official staff at iU. This article was first published here on 8th October 2017.
Murray LeClair
Murray LeClair is a contributing writer at Inspiration Unlimited eMagazine
Unverified