Does it? Your views are welcome to bring this to a better stand point.
This Page Has Inspired
1609
People So Far.. 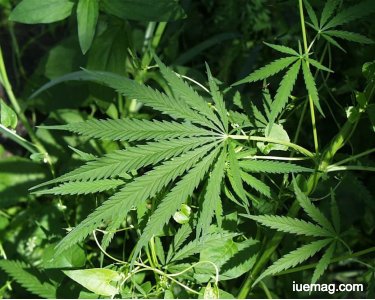 Did you know that the legal status of marijuana directly impacts the environment? To demonstrate the positive effects of legalizing cannabis, we’ve compiled a list of the industry's five most important ecological outcomes. Here’s why the hippies were right all along:

1. Hemp is an Eco-Friendly Miracle

Because of the Controlled Substances Act, the production of marijuana’s non-psychoactive cousin has been completely prohibited since 1970. As such, humanity has been missing out on the benefits of a supremely versatile resource. The hemp plant is highly sustainable, and it showcases promise as a rotation crop, particularly due to its role in soil regeneration processes. After every harvest, the surrounding earth is detoxified and replenished with vital nutrients, which allows the field to support larger-scale farming initiatives in the future continuously.

Additionally, hemp is a vital source of recyclable paper, and some organizations are even using it as a substitute for plastic. The plant fibers can also be woven to make durable fabric for clothing and accessories, which provides a renewable alternative to the cotton industry’s detrimental practices. Furthermore, hemp seeds offer an efficient source of nutrition, and the plant’s oil serves as a natural base for countless cosmetics and beauty supplies.

Regulations are one of the most prominent benefits of marijuana legalization, and today’s industry standards are helping minimize water and energy consumption within grow operations. Before legalization, growers consumed a lot of resources just to keep their production under the radar. When the top priority was remaining hidden, it was nearly impossible to emphasize eco-friendly procedures. Now that marijuana can be grown openly, farmers can shift their focus towards green energy.

As the modern scale of marijuana cultivation increases, the negative environmental byproducts are being mitigated and reversed. Because the cultural perception has shifted to paint cannabis in a more positive light, esteemed professionals are entering the field. Growers are now able to consult with today's top scientific minds openly, and they can coordinate their efforts according to the latest ecological data.

The criminalization of marijuana generates some serious ramifications. Fines and incarceration destroyed many lives, but they weren't the only ones to suffer. Ultimately, police tactics also inflicted a major impact on the environment. While the consequences of their enforcement strategies may have been inadvertent, their harmful influence is undeniable.

One of the most aggressive law enforcement strategies involved spraying highly potent herbicides to eliminate illegal marijuana crops. Unfortunately, the preferred poison, glyphosate, is highly toxic to the endocrine system and known to infect the surrounding ecosystems. This is the textbook definition of overkill: To remove one weed, officers are deploying a substance that can unilaterally upend the entire agricultural habitat. The worst part is that grow operations can take place anywhere, which means not a single sector of the environment was safe from excessive contaminants. Because these scorched earth protocols are no longer being employed, ecosystems around the world are slowly reverting to their natural state. 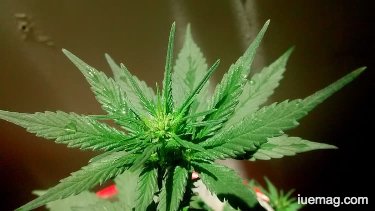 Sadly, public land has been caught in the middle of the battle between illegal growers and law enforcement officers. In the past, large-scale criminal enterprises would take advantage of rural locations to cultivate massive amounts of marijuana. To secure their crops, these growers would often introduce pesticides that generated ruinous environmental outcomes. The poisoning of local plant life can quickly spread through the food chain to alter the entire animal kingdom hierarchy.

Subsequently, government agents were known to administer their equally deleterious herbicides, which resulted in twice the damage being inflicted upon local ecosystems. Whenever a grow site was compromised, underground dealers would move their operation even further away from civilization. Thus, mandating the use of further resources to produce the same amount of product, notwithstanding the lost investment on plants destroyed by authorities. In contrast, today's growers no longer have to jeopardize public land for cultivation. Instead, all cannabis farming initiatives can safely take place within the confines of public property.

Before marijuana legalization became widespread, cannabis consumers went to great lengths just to get high. The aforementioned cultivation practices were bad enough, but transportation across vast amounts of land consumed additional energy and upended local habitats. It’s hard to believe how much things have changed in just a decade. Today, you can just pull up the Leafbuyer dispensary finder on your phone and get whatever you need for your stash. While this streamlined access to marijuana truly embodies the pinnacle of convenience, we would be remiss if we didn’t honor the challenges of our not-to-distant ancestors. While the struggle was hard for them, it was even more difficult for the environment.
Get the Latest & Recommended articles in your Inbox

Final Thoughts
By regulating the marijuana industry, today’s weed enthusiasts have begun to mitigate adverse atmospheric impacts. In doing so, they have earnestly contributed to the fight against climate change. While there are tons of studies demonstrating the societal benefits connected to cannabis legalization, the environmental advantages have been overlooked for too long! Who knew that marijuana would prove to be an invaluable ally for conservationists everywhere?
Copyrights © 2023 Inspiration Unlimited eMagazine

This Page Has Inspired
1609
People So Far..
Any facts, figures or references stated here are made by the author & don't reflect the endorsement of iU at all times unless otherwise drafted by official staff at iU. This article was first published here on 12th October 2019.