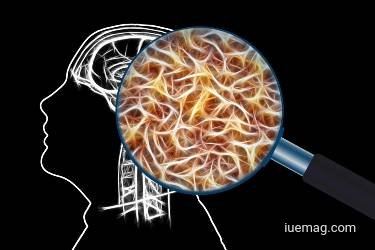 Both aneurysms and strokes have controllable and uncontrollable risk factors. Controllable risk factors involve lifestyle choices that we have control and agency over such as not smoking, eating a healthy and balanced diet to maintain healthy body weight, doing sufficient exercise to stay physically active, reducing your blood pressure and cholesterol levels, and managing or preventing diabetes.
Whereas uncontrollable risk factors include genetic causes of aneurysms and strokes, a history of your family members being affected by these conditions, age, and so on. For example, African-Americans are genetically at an increased risk of experiencing a stroke due to an increased risk of medical conditions such as high blood pressure, obesity, and diabetes.

There are some symptoms that aneurysms and strokes share such as painful headaches, tingling, and numbness, weakness in limbs, issues with vision, dizziness, and confusion.

However, the kind of medical treatment you need to receive will differ depending on whether it’s an aneurysm or a stroke. Therefore, it’s important that you know how to spot the distinctive symptoms of each one to allow yourself or somebody else to seek the right medical help. 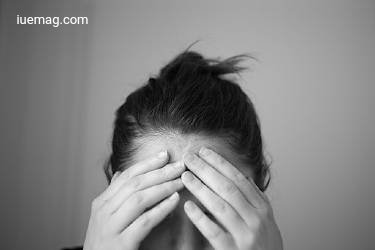 The Symptoms of Aneurysms

Unfortunately, most aneurysms will not display any clear symptoms until a rupture occurs. Whether you are able to spot the signs of an aneurysm or not will depend on where exactly in the body the aneurysm is located:

Brain aneurysms have symptoms such as nausea, vomiting, severe headaches, and difficulties with vision. The headaches that precede ruptured brain aneurysms feel like the worst headache or migraine you will ever experience in your life.

Aneurysms in the abdomen will display symptoms such as sharp lower back, chest, and abdominal pains.

Groin aneurysms take place in the femoral or common iliac arteries, and they cause symptoms in the body such as pulsating sensations in the groin region, leg sores, and leg pains.

Intense pains will occur when an aneurysm ruptures in any of these regions in the body.

The Symptoms of Strokes

Stroke symptoms often come on suddenly, and you may not have a lot of time to react so you or whoever you are with should call the emergency services as soon as possible.

Some symptoms and signs that indicate a stroke is coming on include the sudden appearance of numbness, weakness on one side of the body, coordination difficulties and loss of balance, trouble walking, confusion, changes in vision, and severe headaches.

There are some important steps that you can take before the medical services arrive. If you or someone you are with are displaying these worrying symptoms of a stroke, the US national public health agency the CDC (Centers for Disease Control and Prevention) recommends performing the FAST actions:

Face: Check if the person’s face is showing signs of drooping and ask them to smile.

Arms: Ask them to lift their arms and check if one of their arms is drifting downwards.

Speech: Try and see if they are able to say a simple short phrase and listen out for signs of slurred speech.

Time: If at a point you notice any of these symptoms, make sure that you call 911 immediately. 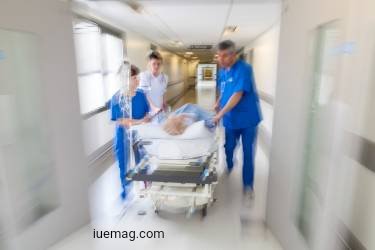 Suspected aneurysms or strokes need to receive medical treatment quickly. When it comes to treating ruptured aneurysms and strokes, the longer they are left untreated, the greater the risk of major brain damage or fatality.

It is notoriously difficult to sport the symptoms of aneurisms and stokes early on. However, full-body MRI screenings do sometimes manage to catch aneurysms and strokes early on.

An MRI screening can detect an aneurysm before it ruptures and find any potential blockages of the arteries that could cause a stroke. MRIs are able to use cutting edge medical technology to detect any arterial blockages in the brain, and other vital organs in the body.

For more information about the differences between aneurysms and strokes and the capabilities of full-body MRI scans in detecting them, you may want to take a look at the aneurysm vs strokes blogpost article from the medical scanning company Ezra.

The risk of death is far higher during the first year after a patient has experienced a stroke, and strokes are fatal in approximately 10-20% of cases. But as well as causing deaths, strokes can also cause survivors to develop a range of significant life-changing disabilities including the loss of mobility and cognitive problems. However, it’s not always doom and gloom for those who survive strokes, around 10% of stroke survivors are able to recover almost completely.

The Main Causes of Aneurysms and Strokes

Aneurysms are often caused by a heavy trauma such as falling on your head or receiving a blow to the head from a heavy object. Aneurysms can also sometimes have hereditary causes.

Having too much sugar in the blood damages your blood vessels, and as a result, anyone with diabetes is at a much higher risk of having a stroke. Mismanagement of diabetes and people with diabetes not keeping on top of their body’s insulin and blood sugar levels is a major cause of strokes.

So, if you understand the FAST actions and what they mean, then it’s a lot easier to spot that yourself or somebody you are with is having a stroke. Catching aneurisms early on can certainly be a tricky and uncertain business, however, getting a full-body MRI is a great way of detecting a brain aneurism before it is too late.

This Page Has Inspired
1038
People So Far..
Any facts, figures or references stated here are made by the author & don't reflect the endorsement of iU at all times unless otherwise drafted by official staff at iU. This article was first published here on 22nd October 2021.