This Page Has Inspired
1373
People So Far..
"HOPE is a good thing, may be the best of things, and no good thing ever dies. We must count our blessings, for there are many who haven't been blessed that well," are the inspiring words of an IITMumbai alumnus, Mr. Shahzad Wakeel.

In his childhood he made friends with a few poor kids who used to live in huts around the ground where Shahzad and others used to play in evening time. Even then it remained his regular observation that none of these kids used to go to schools and were in poor health conditions. This left a deep imprint on his mind, and he, in his so young age decided that he will give his best efforts to improve their lives.

During his days at IIT-Mumbai, he volunteered in NSS activities wherein he got an opportunity to teach children in nearby slums, and the imprint on his mind to help these unprivileged children was made stronger. After getting graduated from IIT-Mumbai in 2005, he started working for an IT firm at Pune but, then too he would devote his weekends in helping out the children in slums to the best extent he could. But again a thought would disturb him, 'I am helping some, but what about the rest I couldn't reach?' and then the thought to bring spirited and like-minded people together ignited. And this was when Pankhudi: Love for Children was born. He says, "Back in 2006, Orkut was a popular medium of social networking. I utilized it to build city-wise communities on internet to coordinate Pankhudi's activities. A team approach not only proved to be more productive in terms of useful ideas and implementation but it also brought deep sense of joy and fulfillment, inherent in team work."

To improve the education and health conditions of underprivileged children, many youth volunteers from all walks of life connected and, it quickly grew into a pan-India volunteering network. Shahzad who has worked in fields like IT, Banking, Consulting and sustainability domains for the past few years, has also focused on usage of technology for development of Rural India through an initiative www.panchayatsofindia.com 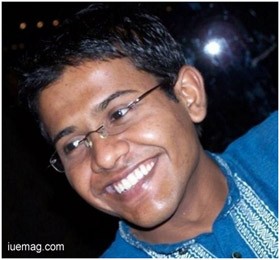 He says, "The real strength of Pankhudi is its youth volunteers who continually devote their time and energy to improve the future of underprivileged children. I have had the privilege to bring together and motivate Pankhudi's volunteers for first 4 years after its inception and it's their dedication and efforts that have positively impacted more than 5000 students till date."

One of the prominent challenges that Shahzad faced in initial years of Pankhudi was to formulate a common direction for their operations. With the joining of several volunteers (200+), there were a variety of ideas and preferences of activities that were proposed. Some wanted to work for environment education, some wanted to focus on primary education in slums while some wanted to work on adoption promotion. He soon realized that in order to increase the impact of their efforts, it was necessary to zero in on 1-2 keys areas. To accomplish this, he organized several online and offline meetings in the initial two years of Pankhudi. "I facilitated group's decision to focus on primary education of children from low-income families and children with special needs," he says.
Get the Latest & Recommended articles in your Inbox

Subscribe!
Shahzad Wakeel believes that one of the strongest pillars for the evolution of human society is Education, and it's only through holistic education that we can create an agile and conscious work force of future. "Today, we find that the education system is lacking both in its reach and quality. Large number of school dropouts & unschooled children, archaic pedagogy (not centered on learning) and rat-race attitude in higher & career-orienting education are some of the indicators of the problem that plague our education system," he exhibits his thoughts. His motivation to work in education field comes from imagining a future where each child receives the education which enables him or her to explore the knowledge and marvels of the universe in their own unique ways; a future where all individuals are empowered to realize their own potentials.

Pankhudi would continue to identify such needy children and expand its operations in both urban and rural locations. Future plans of this NGO are to focus on working with orphan children and promotion of adoption in Indian society.
Copyrights © 2023 Inspiration Unlimited eMagazine

This Page Has Inspired
1373
People So Far..
Any facts, figures or references stated here are made by the author & don't reflect the endorsement of iU at all times unless otherwise drafted by official staff at iU. This article was first published here on 9th October 2014.
IJ Anita Tejwani
IJ Anita Tejwani is a contributing writer at Inspiration Unlimited eMagazine.