When my address was verified by Police...

This Page Has Inspired
1207
People So Far..
It's often the negative experiences that make it to the social media posts, blogs, open letters, articles and go viral while positive ones are just taken for granted. In a fit of rage, we do make time and go lengths to condemn the bad, but are usually too busy to acknowledge and appreciate the good.

I would like to share my recent experience with RT Nagar, Bangalore Police personells. As a part of the passport re-issue process, address verification by the police was to be carried out. While reading online about the experiences of people, I came across all sort of stories regarding how the police verification happened to take weeks and even months and applicants felt harassed by the policemen. I would admit that all those stories did make me feel negative and apprehensive about the police and their work.

As I am not at my apartment during daytime on weekdays and on weekends due to my busy schedule, I was worried about being absent when they would visit to verify the address. I went to the police station to ask them regarding the tentative date and time of visit so that I can make sure to be at home. As soon as I entered the police station and parked my bike in a corner, one fellow started yelling at me. Apparently public vehicles were to be parked outside even though there was lot of space in the compound, but no sign suggested that. As my confidence in policemen dipped, all the stories about rude and unhelpful 'policewalas' flashed my mind. 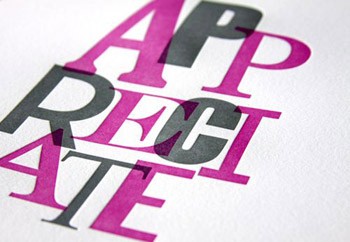 I entered the police station with minimal expectations of getting to know when they will be able to process my file. After couple of redirections I met one officer who politely asked me to come in the evening as the person who is in-charge of the same was out on some other work. "Well that wasn’t too bad", I thought as I rode my bike to office.

The same evening, I went back and met Mr Mallikarjun S Naganur who was to carry out the verification and validation of the address. He respectfully offered me a seat while he searched for the file and downloaded respective documents. We had a light chat and I asked for tentative date and time for his visit as he went through the similar files that had arrived in the last two days. He told me that it is difficult to provide exact date and time as sometimes urgent and more important things come up but he would try to do it at the earliest. I found his gesture calm, helpful and assuring. I requested him to give me a call at least 30 mins before coming so that I can reach home in case I am outside, to which he agreed.

I was delightfully surprised to receive the call the very next day . Due to traffic I got a little late and he had to wait outside the door for about 10 mins. I expected some demonstration of anger or frustration from his end, but there was none. In fact, he said it's okay and he understands that delay happens in Bangalore traffic. He carried out all the formalities swiftly and everything was done in less than 20 mins. In the meantime, we also had a small discussion and I came to know that the policemen daily work for 12-13 hours and unlike us, do not get to enjoy public holidays. Like Mr. Mallikarjun, many policemen use their own vehicles for official work and also pay for the fuel from their own pocket. Also, their salaries are nothing to boast about but they still love their duty, and the respect and honor associated with the 'vardi' (uniform).

After everything was done, I was ecstatic about police verification being done within just one day of making a verbal request at police station and that too, so smoothly. It certainly did help clear my negative apprehensions about the Policemen and have more respect for them. I am sure, many others would also have had good experiences with Police but perhaps they just consider themselves lucky or are shy of telling others about it.
Get the Latest & Recommended articles in your Inbox

Subscribe!
Appreciate in public, Criticize in private - Long back, I read this wonderful quote and I have noticed many successful people following this principle. I've also noticed that most of the people, in general, do exactly opposite. I can say by experience that the motivation to do good increases a lot when the good is appreciated. I thank IU eMagazine for sharing this article with readers from over hundred countries and telling them about RT Nagar Bangalore Police's helpful nature and prompt execution of task at hand. Sharing this story of good with the world would be my deed of the day. By doing small deeds everyday we can sure make the world a lot better place. I would also like to request every reader of this article to join the network of doers at www.adad.in and let the world know that there are people who do acknowledge and appreciate the good and are not shy of doing that in public.
Copyrights © 2023 Inspiration Unlimited eMagazine

This Page Has Inspired
1207
People So Far..
Any facts, figures or references stated here are made by the author & don't reflect the endorsement of iU at all times unless otherwise drafted by official staff at iU. This article was first published here on 18th October 2014.
Ashish Vaidya
Ashish Vaidya is a contributing writer at Inspiration Unlimited eMagazine.