This Page Has Inspired
1053
People So Far..
Based on books:

Rich Dad Poor Dad by Robert Kiyosaki, The secrets of Millionaire by  T.harv.Eker, The Millionaire next door by Thomas Stanley, The Science of Getting Rich by Wallace Wattles, Chanakya’s Kautilyashastra, The Secret – Rhonda Byrne, The Magic of Thinking Big

Have you ever wondered why some people are rich, some middle class and some poor although all of us have only 24 hours/day? Have you seen many highly educated, talented people leading a mediocre life whereas many less educated people leading a “Millionaire lifestyle”? Why is the world’s 80% wealth with only 20% of people?

Do you dream of owning a palatial house, a big car, enjoying foreign vacations, living life kingsize, marrying the girl of your choice but feel you don’t deserve it? Do you want to pursue work of your choice rather than getting stuck up in your dull, monotonous job which you hate? Do you want to be an entrepreneur but are stopped due to lack of financial support? 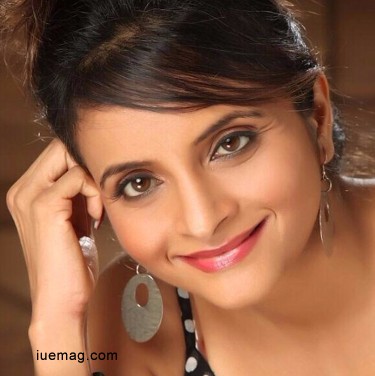 And the list of queries, doubts, misconceptions, myths about wealth, millionaires goes on and on...

But research done on millionaires in USA (USA has maximum number of millionaires in the world) shows something different. Infact it's exactly the opposite of what’s been perceived of them. The results are shocking.

A unique mindset, distinctive traits, characteristics, behavior and pattern sets these millionaires apart from the rest of the crowd.

95% of Millionaires are self made. Most of them are 1st generation entrepreneurs and born to middle class parents. Hence you don’t have to be born rich if you want to be successful.

Many have made it big even after age of 60 years. For example, the founder of Kentucky chicken was 65 years when he started the business and became a millionaire. Also Mark Zuckerberg , founder of Facebook is the world’s youngest billionaire. This means that age is not a barrier

There are also many lady millionaires in contrast to the thought that only men can be successful. Most of the Millionaires have the best of both worlds. They balance their work and family very well. They are happy and rich. They are nice people and not snobs. They are into charity as against the belief that millionaires are selfish and tyrants.

They are excellent in money management. They are frugal and not spendthrift. They know how to make money work for them i.e to make money their slave. Their believe in net worth and not just income. Net worth is the money left after deducting expenses from your income. Rich people have a huge net worth. Which means that they are conservative in their expenses. They don’t believe in showing off in society by spending on branded items or living luxuriously in palatial houses, driving Feraris/Rolly Royce.

They save and invest their money wisely so that it multiplies to give them more money. They invest in passive income. For those who don’t know what it is, passive income is the income which is earned when you don’t have to be physically present to earn it. You create a system and it generates money for you.

Hence maximum millionaires are entrepreneurs. They are business owners who have a system under them which works for them to earn money in their absence. This is exactly opposite of employed and self employed people who are into active income .As long as they work they earn money. Hence they always remain middleclass throughout their lives.

Millionaires have mastered the art of earning money and multiplying money. They are smart investors. Hence they achieve financial freedom fast. Passive income is their key to success.
Get the Latest & Recommended articles in your Inbox

Subscribe!
Millionaires believe in delegation. They empower their team to work. They are very good leaders who create leaders under them. This way they save their energy for the most crucial and important strategic work and delegate the rest to their teams. Hence they accomplish lot of work and build an empire. Whereas middle class people do all the work themselves. Hence there are limitations in their growth as well as they get totally drained and stressed.

Millionaires dream big. They take calculated risks. They are action driven. They are fearless. They never get sucked by problems. They are bigger than problems, They work to get solutions. They don’t waste their energy worrying or complaining or blaming others. They take full charge of their lives. This is contrary to the belief that they have earned money through unethical means and by exploiting others.

They are focused. They work smart and hard. They are excellent in Marketing and Sales which many middle class people hate.

Best thing about millionaires is that they have best of both worlds. They balance their professional and personal life very well as contrary to the belief that they are workaholics and ignore their families. Most of the millionaires are married and stay married to the same person. In short they are family people with spouses and children.

They invest on their health as they know that only if you are physically and mentally fit then only you can perform at work. Hence they exercise and eat healthy daily.

They are also excellent in time management and organizing/planning. They do lot of networking. They are philanthropic. They give away a part of their income for charity.

So friends this is just a brief summary of Millionaire mindset. Let's pick up some good traits and imbibe inside us. Let's all us dream big and be Millionaires.

The writer of this article Priya Chavan has been acknowledged as a Multifaceted achiever in iUeMagazine - https://www.iuemag.com/september2015/is/multi-faceted-achiever.php.

This Page Has Inspired
1053
People So Far..
Any facts, figures or references stated here are made by the author & don't reflect the endorsement of iU at all times unless otherwise drafted by official staff at iU. This article was first published here on 13th October 2015.
Priya Chavan
Priya Chavan is a contributing writer at Inspiration Unlimited eMagazine
Unverified