Tweet
Views
1287
The Disruptive Innovation Festival 2015 today announced the line-up for its Grand Finale event on 18 November, which will mark the climax of this year's three-week, global online Festival dedicated to exploring the latest ideas and innovations shaping our changing economy.

The Disruptive Innovation Festival (DIF 2015), which takes place from 2-20 November at thinkdif.co, uses a unique, collaborative platform to host up to twelve hours of curated sessions per day by some of the world's most forward-looking start-ups, entrepreneurs, designers, thought-leaders and policymakers.

The Grand Finale, from 2-5pm GMT on 18 November, will feature live presentations, discussion and debate around the latest thinking and developments in the fields of the headline speakers: 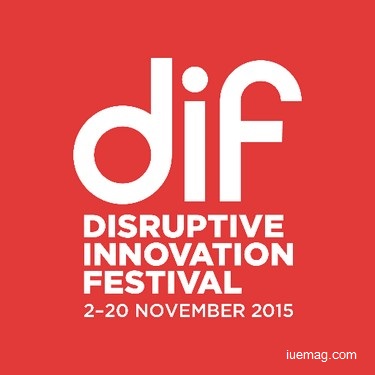 The sessions by Michelle Unger, and by Jeremy Howard and Rand Hindi, will be hosted by prime-time TV news host Ali Velshi, of Al Jazeera America.

The Grand Finale will be broadcast live from Cisco's Event Centre in Greater London, and streamed directly to participants' devices. All of the Festival's 200 sessions, including the Grand Finale event, are available with open access after registering at thinkdif.co.

Additionally, DIF 2015 today confirmed that Chief Technology Officer at Cisco, Alison Vincent, will appear at the Festival as a Headline act. Her session at 3pm (GMT) on 10 November is entitled "The Internet of Everything - Connecting the Un-connected" and will discuss the impact of this rapid transformation of technology on industry and all of our lives.

The DIF 2015 provides participants with a rare opportunity to put their questions and ideas directly to the speakers and to like-minded peers, both at physical events such as the Grand Finale, and online via the live chat facility incorporated in the platform.

The Disruptive Innovation Festival (DIF 2015) is curated by the Ellen MacArthur Foundation.

Subscribe!
The Disruptive Innovation Festival, 2-20 November 2015, is a three-week online festival bringing together thought-leaders, entrepreneurs, businesses, makers, learners and doers to catalyse system-level change for a future economy. Offering a mix of online and physical events, the DIF will explore ideas such as 21st century science, new business models, sharing economy and many other themes. Participants from all over the world can attend sessions running across multiple formats and time zones and are able to apply to host their own session as part of the 'Open Mic' programme during the Festival. http://www.thinkdif.co
Copyrights © 2022 Inspiration Unlimited eMagazine

Any facts, figures or references stated here are made by the author & don't reflect the endorsement of iU at all times unless otherwise drafted by official staff at iU. This article was first published here on 29th October 2015.
Most Loved On iU
Have something to share? Drop us a line below!
People who loved this also loved