The ninth ZEE Jaipur Literature Festival demonstrates its global stature once again hosting the world's leading writers and thinkers.
This Page Has Inspired
1290
People So Far..
- The festival runs from Thursday 21st – Monday 25th January 2016 in the historic setting of The Diggi Palace Hotel, Jaipur -
- Online registration and press accreditation has begun –
- Jaipur BookMark returns to connect the best in the business of books–

Writers and festival directors William Dalrymple and NamitaGokhale invite authors from around the world to take part in the 5 day programme set against the stunning cultural heritage of Rajasthan in the Diggi Palace in Jaipur. 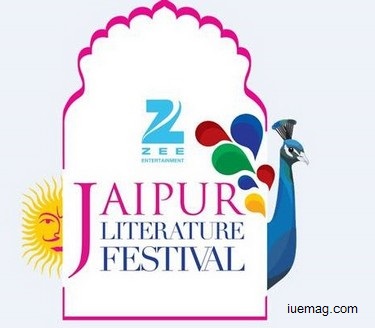 Equality and democracy runs through the festival’s veins placing the greatest literary minds, humanitarians, historians, politicians, business leaders, sportspeople and entertainers from all walks of life on stage together. This free and democratic access to our greatest thinkers and writers is powerful statement in a country where access to world leaders is still the privilege of a few, and creates a potentially life-changing opportunity for audiences from Rajasthan, across India and around the world to rub shoulders

The festival is a flagship event of Teamwork Arts who produce 24 festivals around the world, led by Sanjoy K. Roy and SheuliSethi. In 2015 the ZEE Jaipur Literature Festival extended to bring this unique formula to audiences in London (Southbank) and Boulder Colorado. Website: https://www.jaipurliteraturefestival.org

The ZEE Jaipur Literature Festival, described as the greatest literary show on earth, today announced 165 world-class Indian and international authors set to contribute to a spectacular line up for its 2016 event.

Taking place from 21 to 25 January 2016 at the beautiful and historic Diggi Palace Hotel, the ninth edition of the ZEE Jaipur Literature Festival sees leading authors of our times coming together in a global celebration of literature.

Headline names set to appear at the festival this year include the legendary Margaret Atwood, poet, novelist, literary critic, essayist, and environmental activist, even as her new novel, ‘The Heart Goes Last’ is appreciated by her many fans around the world;Ruskin Bond, beloved to generations of Indian readers; Steve McCurry one of the world's greatest living photographers; controversial Harvard historian Niall Ferguson and Britain’s national treasure Stephen Fry. 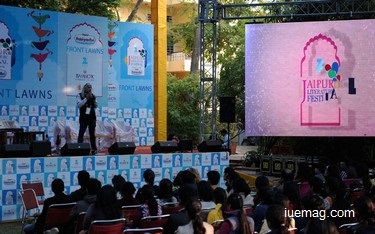 The 2016 Festival embraces and explores globally vital issues such as migration, privacy and navigating change, bringing together a range of expertise and perspectives on stage throughout the five days.

HomiBhabha from the Mahindra Humanities Centre curates a strand of sessions around the theme of privacy in the contemporary world. Contributors include British author and columnist Ben Macintyre. Frontline reporters discuss conflict and its effect on the modern world with American reporter Dexter Filkins, English foreign correspondent Christina Lamb and CNN’s national security analyst Peter Bergen.  Science communicator, children’s author, journalist and novelistLucy Hawking speaks of her extraordinary journey in transmitting the awe, wonder, and understanding of our universe to young readers.

As ever, the festival celebrates the rich diversity of languages in South Asia. Leading Indian writers include Mridula Sinha, AlkaSaraogi, Ashok Vajpeyi, Yatindra Mishra, PrabhatRanjan, Harish Trivedi and MridulKirti in Hindi, Anita Agnihotri in Bangla, VivekShanbhag in Kannada, Ila Arab Mehta in Gujarati, MadhavHada in Rajasthani, MakarandSathe in Marathi, SahilMaqbool in Kashmiri, and many others including the Santhali publisher Ruby Hembrom. The languages given voice in the programme so far include Assamese, Gujarati, Hindi, Kannada, Kashmiri, Malayalam, Marathi, Pahadi, Punjabi, Sindhi, Santhali, Tamil and Urdu with more to be announced soon.

Our focus on the rich oral heritage of Rajasthan continues with a session on the Kaavad traditions of illustrated storytelling and performance. The unique multi-lingual flavour of the festival is further enhanced by the presence of international languages such as French, German, Spanish, Japanese, Icelandic and Slovenian.
Get the Latest & Recommended articles in your Inbox

Subscribe!
The 165 authors currently announced as participating in the ZEE Jaipur Literature Festival are as follows. There will be further announcements over the next two months to reveal the full programme of around 250 authors.

Sanjoy K. Roy, Director of Teamwork Arts who produce the ZEE Jaipur Literature Festival, said, “The ZEE Jaipur Literature Festival has established itself as one of the greatest literary gatherings in the world. The core values of it remain the same, to create a platform that celebrates freedom of expression and ideas bringing together the very best writers from across the world to one of the most magical and atmospheric historic sites in a celebration of literature open and equal to all.  This year Teamwork Arts has extended the festival into two overseas locations, the Southbank in London and Boulder in Colorado USA to give people overseas just a taste of what they can experience in Jaipur, and we know already that some will now travel to join us for what promises to be one of the best years ever.”
Copyrights © 2023 Inspiration Unlimited eMagazine

This Page Has Inspired
1290
People So Far..
Any facts, figures or references stated here are made by the author & don't reflect the endorsement of iU at all times unless otherwise drafted by official staff at iU. This article was first published here on 30th October 2015.