If you've read the black swan, then you're no stranger to seemingly unrelated instances being the cause for a major effect. Similarly, if you've always thought that being a Big Data nerd has nothing to do with space travel- especially one to Mars, then think again! Rather, read more to hear from Mr.Ravi, the man behind the mission and connect the dots yourself!
This Page Has Inspired
1101
People So Far..
Will we be able to send a man mission to Mars and back yet? If not perhaps we still need to focus on Earth more deeply and improve what we have here before colonising another planet. Lockheed Martin may have the vision to put the first man on Mars but they are also very committed to play a role in the BigData, IoT and other space aged technology breakthroughs that will enhance the way we live in the near future. 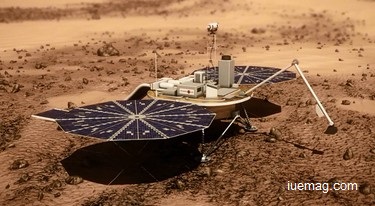 Ravi Hubbly, was speaking on the title “Realising Multifold Productivity Gains through the Use of Big Data Solutions” in the 3rd BigData Show, BigIT 2015 Kuala Lumpur Conference, introducing how Lockheed Martin, was notably already a major player in this field due to their data analytics implementation in interstellar and aeronautical explorations. If you are also one of the first to be introduced to about their participation in this field, it is not surprising. Perhaps marketing wasn’t their focus because they were already having viable and workable business relations with the relevant government agencies to implement such technologies. Some of them includes the Scottish Government, Office of the Public Guardian, NHS Scotland, Skills Funding Agency, Ministry of Justice and Department for Communities and Local Government.

Nonetheless, their insight to be part of the community has to be valued and how open forums will accelerate such initiatives more quickly if common grounds are formed between other players and partners was seen here. From one of the testimony, it seems that with trust and proactive approach, Lockheed Martin was able to excel with between partners is when they were a critical delivery partner in ongoing development, support and maintenance. Such experiences can only be learned from mission critical involvements that are universal or “out of this world”. 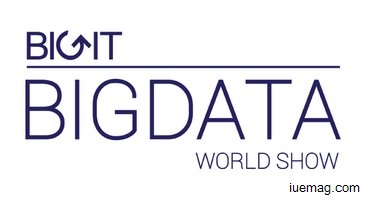 Ravi undeniably presented with full comprehension of the subject and shared the rich experiences of the challenges of BigData implementations while proposing that new revolutionary methods are required to tackle situations like too much data, non-dependant on data sampling, avoiding unproductive data SILOs due to time consuming preparations and many more pitfalls which are all symptoms of data deluge. He also mentioned velocity, something that Lockheed Martin is very familiar with in the aerospace field, where growth outpaces the processing capability of current systems and more importantly the key analytics teams seems to always be playing the catching up role.

He fully supports the notion of new ideas especially among the younger generations who are able to be more agile in responding to the ever changing landscapes. This is especially when developing EcoSystems which allow the users to describe the data and not just the authority standards. The advent of machine learning to work with manual programming for more productive results is also a major leap forward. Finally, he mentions that data trust is needed to enable maximising visibility to the data and metadata.
Get the Latest & Recommended articles in your Inbox

Subscribe!
So if you think you have a niche for space travel, it not just aeronautical qualification that Lockheed Martin will consider nowadays. Being a nerdy, compulsive workaholic on BigData might just give you a ticket to Mars one day, and maybe the first Martian immigrant. Take the BIG leap forward in BIG Data with Lockhead Martin because they believe it is BIG business! (Lockheed Martin CEO Marillyn Hewson affirms it recently) and “Reach for the Stars!”.
Copyrights © 2023 Inspiration Unlimited eMagazine

This Page Has Inspired
1101
People So Far..
Any facts, figures or references stated here are made by the author & don't reflect the endorsement of iU at all times unless otherwise drafted by official staff at iU. This article was first published here on 24th October 2015.
IJ Pascal Lum
IJ Pascal Lum is a contributing writer at Inspiration Unlimited eMagazine.