In the year 1947, India got its independence and the citizens got their freedom from Slavery. There still remained a dearth for some tasty food, especially for the vegans until in 2008, when the fine dine restaurant for the vegetarians was founded. The idea that gave the vegans, the freedom to have some delicious food at a fine dine restaurant was named 1947, which reminds every citizen of the freedom of the nation while they eat. Read on to know what it took to create this exemplar!
This Page Has Inspired
1553
People So Far..
“No one can ever forget when one's country got independence. This became the reason behind naming it ‘1947’ and I was utmost confident about the name because people could connect and youngsters could get some knowledge while they eat, about the unknown freedom fighters”, says Jia Jain, founder of 1947 Chain of restaurants, CEO and director Insignia Hospitality Pvt Ltd. A vegan who found no vegetarian fine dining restaurants, went on to create a revolution by founding one of the best fine dining restaurants for the vegetarians in the city.

Like many other MBA graduates, he was not worried about placements since he was assured of becoming an Entrepreneur. At the same time, he knew he wouldn’t travel through a path many succeeded along with which, he also knew, if the direction is right, the path would lead you to the best destination besides a beautiful journey. He chose to start with a business which eventually turned out a failure after which, he went back to his mentor, a visionary, Chenraj Jain, who said, “There are 3 domains that will not obliterate even during this period of recession and they are education, health care, and food. I have already chosen Education. You can choose from the other two”. This became the moment when Jia decided that Food Industry is THE next big thing but was still hesitant to move forward because of the losses, which was the experience from the previous journey of Entrepreneurship. His mentor, with unbreakable trust, said, “All losses are mine and the profits is all yours” and these became the words that pushed Jia to start, but he also remembered that he had to prove the trust bestowed upon him, without taking advantage of the promise. 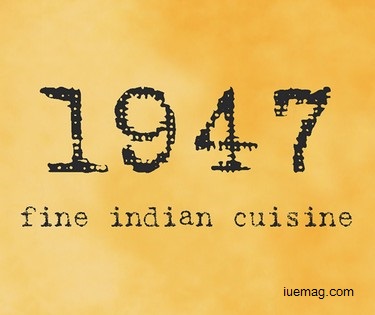 The Entrepreneur in Jia was not just born then, but it was the background of the business his father’s that had already made him entrepreneurial. Although his childhood days was filled with the dreams of cricket and its madness in a small town in Assam, the terms and the world of business was surrounding him. Playing cricket was the only routine of his, along with schooling but, the smart kid in him was exhibited when he could score high scores in his education without much focus, which became the reason for his teachers to influence his parents to direct him to a city where he could enhance his abilities. This moment of him being moved to another city was an unhappy moment for Jia since that was the full stop to his dreams of playing cricket but, became the moment of transformation to a journey of unending progress in his life.

His study at the university of Jain’s created the environment to strengthen his potential, but then, Jia had failed to attend his classes since the confidence in him of scoring marks had increased. “I knew I could score well with preparations for my examinations just a few days before it begun. But then, I realized that I had missed lessons worth millions which was most important in my journey and since I had not attended my classes I did not know some of the most important requirements of financials in business, but my dean was kind enough to still teach me about the financials part of the business when I got back to him. It’s very important to have knowledge about what you study in the course of education and if you don’t, you will see the effects when you are in actual need of it years from then” says Jia, when questioned on one of the challenges he faced at the start of his rove. 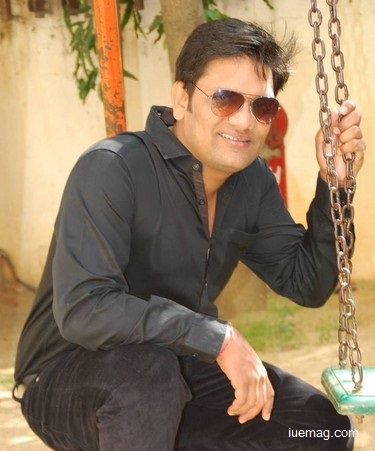 While the first business turned into losses and the second had emerged, his parents were unaware of what he would do since he was unsure of the progress, but he assured them that he wouldn’t trouble them with expenses which he would himself take care of, and this created a belief in them which overcame their fear about his life. It all started with a team of 9 when the history creating innovation, the 1947 restaurant had its first structure. Managing the team and the expenses was not an easy go for Jia. A debt of 12 lakhs was incurred, which was used for the maintenance of the restaurant and the salary of the team. There was something more than money, that kept them stay with him and that was the belief of Jia which succeeded to gain their trust. Everyday ended with discussions on improvement, innovations and the environment he created for them was only positive with no negative influences. “We would all sit as though everyone is a boss and we would all be employees when we worked. With this, I realized EQ is more important than IQ. That is, Emotional Quotient is more important than the Intellectual Quotient. It’s the small thing that matters” he adds. His caring nature made every employee stay with him and help grow the business. Jia ensured that every employee who joined the team was taken care of. This continues till date where the employees are also free to share their ideas, innovate newer cuisines and get better results and the team is today as big as 450 employees with the same culture.

Slowly, customers bumped in. The customers loved the taste of the Food and the culture at the restaurant. “Every customer is given the feel of being in a family. I made sure that, from the first day, I would treat the customers the way I wanted to be treated by anyone and my team just learned from it and now, the system is taken care of, by the employees themselves. It’s the action that can influence anyone the most. Our focus is not on the acquisition of newer customers, but on the retention of existing customers. With a maximum of 3 visits, the customer should feel it is their place. The personal touch we share with them is what brings them back”, asserts Jia. The culture of the organization and the tradition that the employees followed became the reason to get better results and to build restaurants in more places in the city. His research before the start of the business, on the type of food most demanded, budget of a normal person’s expenditure on food and the geography of the city, helped in bringing more customers and help with the branding. There has not been much of additional focus in marketing other than the small amount of marketing on social media, since the customers became the loyal brand ambassadors.
Get the Latest & Recommended articles in your Inbox

Subscribe!
“The biggest challenge for any Entrepreneur is finding the right team. A business fails when you don’t have the right team. We are not worried about competition since we have the 3 most important requirements to stay in competition. Firstly, only way of survival is quality and there has never been a backdrop. Second, by the time a newbie jumps in, we will be ahead with continued innovation of newer cuisines. Third is the value for money. Along with all of this, every employee is assured of growth along with the growth of 1947”, says Jia. Getting funded and mentored by JGI ventures has been a great experience for him because of which, he is able to create a similar environment in his venture.

With a huge experience in this journey and with the belief in passing on his lessons, he shares his message for youngsters, “Don’t be scared to start and it’s real fun. Place you work for, is crowded and you do not even have an identity there. The idea can be big or small but start. Life is an adventure and it is just once, where you will enjoy every bit of it. Don’t ask yourself too many questions. Take risks and everything will connect to make sure you achieve”. Along with the management of family, business and employees, Jia moves a step ahead to mentor more entrepreneurs and be the reason to create more employment opportunities. Currently eying more cities for expanding nation-wide, Jia believes that there will be no country that will not have its 1947 restaurant a few years from now.
Copyrights © 2023 Inspiration Unlimited eMagazine

This Page Has Inspired
1553
People So Far..
Any facts, figures or references stated here are made by the author & don't reflect the endorsement of iU at all times unless otherwise drafted by official staff at iU. This article was first published here on 15th October 2015.
IJ Kavyashree
IJ Kavyashree is a contributing writer at Inspiration Unlimited eMagazine.