This Page Has Inspired
1139
People So Far..
In the world's quest for renewable energy sometimes, the most abundant resources in nature are overlooked. Maybe you just don't see it or maybe you haven't figured out a way to harness it yet, but it's there nonetheless. That appears to be the case with light, one of the most prevalent resources available to us on the planet.

Researchers at Georgia Tech have recently discovered how to create / generate electricity from light with the very first optical rectenna (Rectifier - Antenna). So, what’s an optical rectenna? Well, it is a small device composed of tiny multiwall carbon nanotubes and rectifiers that capture light and turn it into a direct DC current. 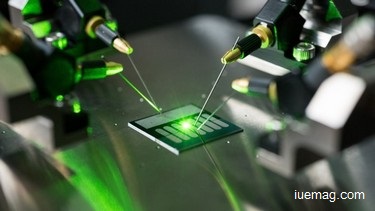 Very recently, The United Nations Head Quarters released 17 Sustainable Development Goals. Renewable Energy is one among those SDGs (SDG #7). I feel Optical Rectenna is a very good project which align swith the vision of SDG7.

Technically Speaking, Carbon nanotubes are allotropes of carbon with a cylindrical nanostructure that act as antennas attracting light. It's important to note here that this is virtually any type of light. It doesn't have to be direct sunlight in order for the process to work. This produces an oscillating charge. Those charges move through a rectifier circuit built into the walls of the nanotubes and switch on and off at extremely high frequency. Ultimately, those pulses create a small electrical current. There's a possibility it might also be used to create electricity from waste heat. Regardless of whether it can or not, the outcome with light is clean and renewable energy. When billions of minute rectannas are bonded, it is possible to obtain sustainable power as the output.

These devices are still under research having efficiency less than 1%. But, the concept has been achieved by the researchers in Georgia Institute of Technology. The process still has immense promise and the team is already looking into developing ways of increasing the efficiency exponentially. Presently, they are investigating the techniques to reduce electrical resistance within the devices in order to provide up to 40% efficiency or higher.

Rectennas are not actually new. The concept was originally investigated in the 1960s. Due to lack of funds, the research was stopped. Scientists fortunately did not abandon the research. It just took them decades to make the components small enough for their intended purposes

Applications:
Rectannas find their application in the advancement of Solar cell technology which can provide more efficient output at very low cost. The inexpensive carbon nanotubes are lightweight with a unique tensile strength, making them especially well-suited for this project. While there are still a number of "ifs" involved, when this technology is improved and a higher capacity is eventually reached there is the distinct possibility the device will be the key to unlocking unlimited renewable energy resources
Get the Latest & Recommended articles in your Inbox

This Page Has Inspired
1139
People So Far..
Any facts, figures or references stated here are made by the author & don't reflect the endorsement of iU at all times unless otherwise drafted by official staff at iU. This article was first published here on 21st October 2015.
Subhash K C
Subhash K C is a contributing writer at Inspiration Unlimited eMagazine.