Smart City, Smart App or it's just a Game?

Growing cities with growing needs ought to have proper planning to accentuate the growth, otherwise the city is only heading for disaster, emphasizes Mr.John K Davis. Understanding the intricacies however, can either be through cities themselves, or games and apps! Wondering what I'm talking about? Take a look.
This Page Has Inspired
1165
People So Far.. 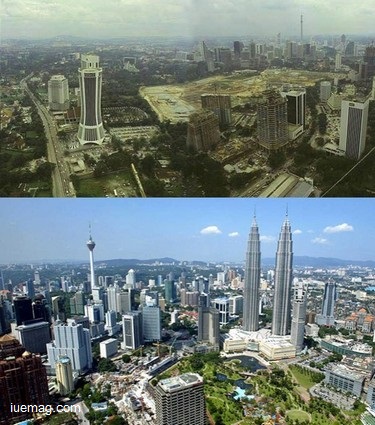 The metropolitan, a sprawling city that is ever developing and changing. If you look back at how Kuala Lumpur was in 1970s and compare with current, can you envision how it will be in the future?

John K. Davis described his opening address for the IoT conference segment, the tipping point of population or urbanisation acceleration is demanding for the development and creation of Mega City based on the concept of Smart City. The framework to implement the EcoSystem for Smart City standards based on BigData, IoT and Connected Infrastruture is going to be extremely difficult at the government and ministerial level because model Smart City like Glasglow, winner of the futuristic city award, is still very much in its infancy.

Microsoft CityNext described it this way “As urbanization accelerates, cities struggle to scale out services, meet evolving expectations, and find new ways to control costs. Cities have long needed to provide adequate transportation, water, energy, and protection from crime as well as affordable education and healthcare. However, today's governments face additional challenges. For example, they are asked to provide better online access to services and information and to respond faster to everything from citizen requests to natural disasters. And while they modify infrastructure to handle burgeoning populations, they seek energy-efficient solutions to improve quality of life as well as save money”

If you really have no idea why a growing city have such issues, perhaps you can try my current preference of mobile device game, SimCity BuildIt by Electronic Arts which first appeared in 1994 and understand some of the struggles in the initial stages of the game as long you don’t buy SimCash or use cheat codes. However, in real scenario a city also faces changing demographics and untapped potential because they are about people. Attracting the brightest and the most capable is the part of the drive for a city to survive because becoming a “Ghost Town” is just the adverse.
Get the Latest & Recommended articles in your Inbox

Subscribe!
These are just the tip of the iceberg of what challenges a city faces every day and there are solutions available that requires technology that spurs the change of lifestyle like Traffic Jams. The solution is possibly the connected car. For healthcare, the solution could be predictive monitoring, for Crime prevention the solution might be “PreCrime division based on Pre-Coq déjà vu” or more idealy through stronger connected communities with better access to services and increased citizen participation and satisfaction, and also including natural disaster where the city defence solution against the “Act of God”. Are all these possible for a better futuristic city or just the apocalypse ruin, ask the dreamers of Tomorrowland 2015 asked “which wolf do you feed?”
Copyrights © 2022 Inspiration Unlimited eMagazine

This Page Has Inspired
1165
People So Far..
Any facts, figures or references stated here are made by the author & don't reflect the endorsement of iU at all times unless otherwise drafted by official staff at iU. This article was first published here on 22nd October 2015.
IJ Pascal Lum
IJ Pascal Lum is a contributing writer at Inspiration Unlimited eMagazine.