5 Fears that can stop you from becoming an Entrepreneur

This Page Has Inspired
1210
People So Far..
Henry killed one of his enemies and had to come in front of the King to explain his action and receive the punishment.

The king concluded that Henry’s motivation was greed and envy. 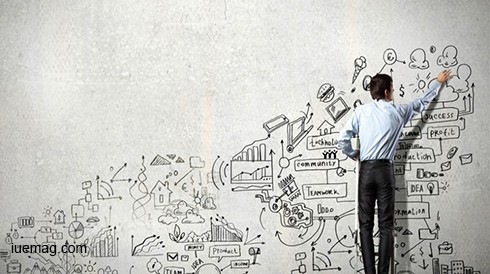 “Henry,” the king said, “I shall sentence you to death by hanging or to enter that door in front of you. Because today is my birthday, I allow you to choose.”
“What is  behind the door?” Henry asked
“You will see if you get there.”
“I choose the rope,” Henry said.
The sentence was carried out, and Henry was dead.

“My king, what is behind the door that everyone seems to fear that much and take the rope instead?” the Queen asked
“Freedom” the King replied.

Most fears are caused by the unknown and uncertainty and less by the lack of skills or ability to overcome them.

Sounds extreme to ask you what would you choose: the rope or the unknown? However, most fears we have in life can be debilitating to the point that you don’t live your life, but merely exist. Is it not?

1. The fear of success

A few reasons why people have a fear of success:

Think of this: if one of your best friends is telling you that he/she can’t be successful for any of the reasons above, what would you say?

All the reasons you might have to fear success seem valid until you take a step back and see the bigger picture. Is it not?

Listen, success comes slowly; it is not instant. Therefore, you have enough time to adapt to it. Plus, success doesn’t come all at once, but gradually, step by step, bit by bit. Success is like eating an apple. You don’t swallow it all in one piece. Right?

One of the main reasons for fear of failure is being too self-conscious. Giving too much importance to those things that you don’t like about yourself and disregarding the positive things can make you believe that it is better to stay in your shell rather than trying new things.

Learn to make a distinction between you, as an individual and the things that don’t work, as a process of getting where you want to be.

Failure is nothing more than a response to the way you are trying to do things. When things don’t go as you expect or want, it is not about you; it is the failure of the way you’ve been trying. Therefore, try again in a different way.

If John goes to the doctor for a heart problem and the treatment prescribed doesn't work, whose failure is that? Doesn't John fit the treatment or the other way around? Or if you buy a pair of gloves that don’t fit you, should you do something about your hands? Don’t you try other gloves before buying until one fits you, perfectly?

3. The fear of losing

Even with positive changes in your life you are losing something. Is it not?

Starting your own business, no matter how amazing that could be, means to lose the comfort of being an employee, for example, or to lose some of your friends, or maybe having less time for things you enjoy doing.

Starting your own business is a trade off, and the payoff must exceed the value of what you believe you are losing.

However, remember that not everything you lose is a loss. Right? And even if you lose some things you love, you lose them only to make room for something better in your life.

4. The fear of not being good enough

Know who you are, your value and worth. Know that whatever you might lack in, you are compensating for it with something else. Therefore, you are good enough.

Life is a journey of learning and discovery. No one is born knowledgeable.
Get the Latest & Recommended articles in your Inbox

You can’t avoid being rejected because people are subjective. Some people love grapes and will never like, or eat an orange no matter what you could do to it. Therefore, when it happens to be rejected, don’t take it personally. Know that, most times when your offer is rejected, it’s rejected based on a personal opinion, not on facts.

Overcome the fear of rejection by showing yourself compassion. Understand that you are doing the best you can and that when you know better, you will do better. Plus, just because someone doesn’t like you or what you are offering doesn’t mean that there aren't others that do.

Do you like everything and everybody? I guess you don’t, but you do like many people and many things. You like things and people that fit you. Right?

Now, If you (really) need to feel afraid of something, be afraid of wasting your potential, skills, talents, and knowledge. What can be more frightening than that?

Take advantage of who and how you are today and build your better tomorrow!
Copyrights © 2023 Inspiration Unlimited eMagazine

This Page Has Inspired
1210
People So Far..
Any facts, figures or references stated here are made by the author & don't reflect the endorsement of iU at all times unless otherwise drafted by official staff at iU. This article was first published here on 12th October 2016.
Carmen Jacob
Carmen Jacob is a contributing writer at Inspiration Unlimited eMagazine.