When running your own business, these days there is more to think about than just installing CCTV to cover your office. Security must lock down on your online activities, as these can be the biggest source of risks to your company. Data leaks, hacks, denial of service attacks, and more could threaten the future of the business. Learn how to fix the top cyber security vulnerabilities.
Tweet
Views
1084
These are the top vulnerabilities in your cyber security, and how to make sure that they cannot be exploited.

Your employees have access to everything, and they could use it if they chose to. Most people would never think of doing something devious with their employer’s system, but that can change when they realise that they won’t be around much longer. A disgruntled employee who has decided to quit, or one who is serving out their notice after you fire them, could be tempted to hack or leak your data. Especially with members of the IT team, who can access everyone else’s passwords, you could have a serious problem on your hands. To solve this, make sure that you immediately revoke access for anyone who is fired, and consider putting them on gardening leave to serve out their notice instead of allowing them to come in. You should also ensure that employees only have access to the systems and data that they absolutely need to perform their job – don’t give everyone the key to everything. 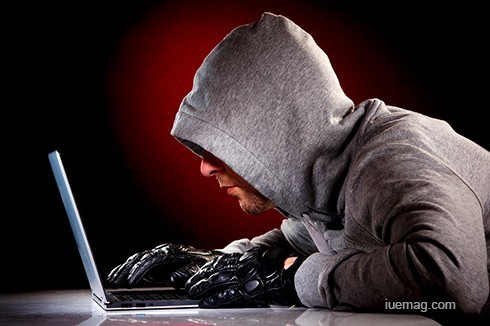 Yes, an inside job is both the number one and number two vulnerability you have to face! Employees may leak data or allow hacks out of carelessness rather than malicious intent. Imagine that one of your staff members uses their laptop to connect to the work system, and they accidentally leave it behind in a cab or at a bar. Now you have a vulnerability which could be exploited by anyone who finds it. Weak passwords are also a big issue, and so is the employee who writes his password down or tells it to others. Make sure to prevent devices from being connected to the work system and then leaving the building if possible, and keep strict password procedures so that employees know what a risk they can be.

Let’s say that a potential client or business partner comes for a meeting in your office. Can they connect to your Wi-Fi? If the answer is yes, then you have a vulnerability. Anyone could exploit that connection to hack into your systems. It’s also possible that this person already has malware or spyware on their device, and if so, that could be transferred into your system without anyone being aware of it. Don’t let anyone get access to your network without authorisation. Use a VPN for internet access to prevent malware coming back across into your system, too.

If you have any third party applications that tie into your network or systems, you could be at risk of a breach. Only use applications from trusted brands which are still maintained and given regular updates. Make sure that you update all programs and apps as soon as the next version is available, as these patches often fix old vulnerabilities. If you don’t fix them, you could be under attack before you know it. In general, if you can’t trust that your data will be safe from an application, don’t even plug it in to the system – it’s too big a risk to take.
Get the Latest & Recommended articles in your Inbox

Subscribe!
It’s much better to prevent a leak or hack than to try to clear up after one happens. Make sure you follow best practices at all times to shore up your vulnerabilities.
Copyrights © 2022 Inspiration Unlimited eMagazine

Any facts, figures or references stated here are made by the author & don't reflect the endorsement of iU at all times unless otherwise drafted by official staff at iU. This article was first published here on 4th October 2016.
Amelie Coel
Amelie Coel is a contributing writer at Inspiration Unlimited eMagazine.
Unverified
Most Loved On iU
Have something to share? Drop us a line below!
People who loved this also loved