How is 'Facebragging' Hurting Relationships?

This Page Has Inspired
1202
People So Far..
In recent years, our personal lives have become public.

Today, we can celebrate milestones in our lives by sharing them on social media. Every little achievement can be shared. Looking through a typical Facebook feed highlights this phenomenon: details on romantic relationships, images of honeymoon destinations, and photos of newborn babies are plastered on social media. A phrase has been coined for this practice — “Facebragging”:

Facebrag: To use Facebook as a platform to brag. (Telling people about things) that nobody really needs to know but you'd like to tell everyone because you're awesome.
-Urban Dictionary. 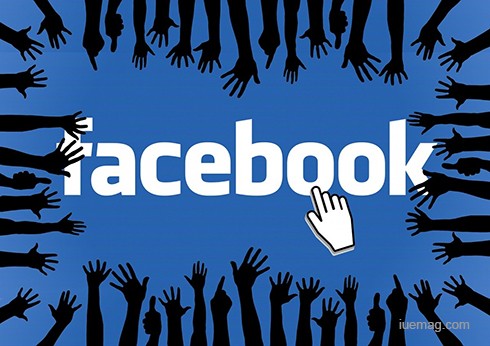 In the age of the Facebrag, “Keeping up with the Joneses” has never been more difficult. Boasting about relationships on social media has become a competition. This can be a problem for people who place a great deal of stock in whether or not they are admired/accepted by others. People who constantly seek the validation of others likely have self-esteem issues.

There is nothing wrong with celebration and a bit of self-validation, right? Is this something to be concerned about?

Online, couples usually only present the best parts of their relationship. Their relationships look perfect. For people with esteem issues, this can set some highly unrealistic expectations. Through the lens of social media, relationships can look glamorous. Comparing those depictions to our own romantic relationships can lead to uncertainty. This train of thought can often end in divorce. Of course, there have to be deeper issues for a marriage to end — but uncertainty can make every flaw in a relationship appear far worse than it really is.

Even if a divorce is already in the works, social media can make the proceedings much worse. A divorce attorney named Benjamin Hodas stated in an interview that, “the length of the proceedings and costs often depend on the parties themselves. Results depend on whether (the couple is) willing to participate amicably.” Bragging about new purchases or new romantic partners online could obviously lead to hurt feelings — and mudslinging —that could lengthen the divorce process.

Disengage yourself from the competition of Facebragging. It is impossible to win, and leads to unhealthy thinking. Furthermore people who constantly brag are viewed as toxic.

While there are no rules etched in stone for social media etiquette, following some general guidelines can lead to healthier online interactions. Now that we are in a new technology season, you may be tempted to tweet about your new iPhone — but try to limit how often you post an update or content that is self-centered. A common rule of thumb is to share or comment on posts from others four times for every update about yourself. This establishes yourself as a more modest person, and makes your occasional boast seem more sincere.
Get the Latest & Recommended articles in your Inbox

Subscribe!
Finally, do not “like” posts that are clear examples of Facebragging — you could be encouraging unhealthy behavior. This sounds simple, but it might be harder than you think. “Liking” a post is a form of agreement. For some users, not doing so feels like a form of disapproval. A blogger named Elan Morgan reported feeling a sense of guilt when she stopped “liking” posts on Facebook: “I actually felt pangs of guilt over not ‘liking’ some updates, as though the absence of my particular ‘like’ would translate as a disapproval or withholding of affection…”.

Facebragging distorts our perception of reality. Every blessing is heralded and every flaw is hidden. It can lead us to have unrealistic expectations in our relationships, and can cause us to be discontent with current relationships. The answer to this problem is not in posting every tawdry detail online of your relationships, but in limiting what you post online. You aren’t getting the full picture when you read about relationships on social media.
Copyrights © 2023 Inspiration Unlimited eMagazine

This Page Has Inspired
1202
People So Far..
Any facts, figures or references stated here are made by the author & don't reflect the endorsement of iU at all times unless otherwise drafted by official staff at iU. This article was first published here on 3rd October 2016.
Cody Hill
Cody Hill is a contributing writer at Inspiration Unlimited eMagazine.
Unverified