What to Do When Bad Friends Happen to Your Good Kid?

Whether you put up a curfew or you try to ground them, nothing is going to really work this way. In fact, your child will become more rebellious. There are such kids too who like the fact that their parents don’t approve their friends. How can you possibly deal? Read ON!
This Page Has Inspired
1274
People So Far..
So your child is bright, clever, delightful but their friends… Well, they seem to be a bad influence or some of them are weird and you don’t want them to be around your child. One of the major reasons why kids like to be around weird fellows is because they want to belong to a group that is popular. They want to be accepted. This is exactly why teenagers are always worried about how they look and act.

All parents want to make sure their child keeps good company; but before you try to impose things, make this clear in your head that you can’t really pick your child’s friends. Likewise, if you criticize their friends, your child may even react strongly. When kids enter the phase of adolescence, they think that their friends mean more than anything else in the world. If you try to stop them, a common sentence you will hear is “nobody understands me except my friends”.

Whether you put up a curfew or you try to ground them, nothing is going to really work this way. In fact, your child will become more rebellious. There are such kids too who like the fact that their parents don’t approve their friends. In this age, your child’s goal is to be with people like him and your goal as a parent is to keep your child protected.

What exactly is the right way to keep your child away from such friends?
Let’s talk about them:

This is the last thing your kid would want to hear. A better way of delivering the message is to give examples of the behaviors that concern you. As a parent, it is your responsibility to give your child an easier way out of the bad friendship. You can start by saying “I know this kid is making choices that can get you in trouble and I know you don’t want that mess for yourself. Feel free to use me as an excuse if you want to get out of any tricky situation.”

You certainly cannot pick their friends, but you can always hold them accountable. Allow your child to hang out with this friend in a controlled environment only. Another way of setting limit is to allow his/her friends coming at your home. When they are under your roof and in front of your eyes, it is easy for you to know what’s going on. Never let your child know that you dislike their friendship.

A smart way to phase out the problem friend 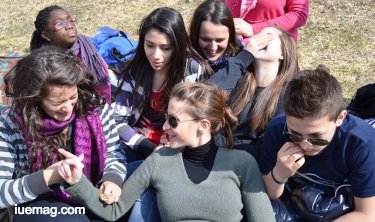 Psychiatrists say, if you spot a friend that behaves badly, you should talk to your child about him. Don’t pass a bad comment about him or force your child to stop being friends with him. A question of concern here is, how do you talk to your child in a way that he actually listens to you? Keep it simple. Start by saying “That kid was rude, he kept kicking the coffee table even after I told him to stop. I did not like that about him. Help me understand, what do you like about him.” Keep the conversation short and polite. Chances are, your child may not want to spend enough time with him.

If your kid responds to your question, you will learn things not only about that friend, but also your own kid. When you are having a conversation with your child, make sure you listen to what they have to say instead of just talking to them. Also, make sure you don’t label that kid, only label his bad behavior. Have this conversation with your kid while he/she is still young. If you try stepping in their life in their teenage, they are never going to listen to you.

There are some friendships that cannot be uprooted with a plain conversation. The more you talk about that rude friend, the more you offend your child. Don’t worry, there are simple tricks that can be used to ward off the rude friend. Plan weekend visits to relatives for avoiding sleepovers. During the playdate afternoons, have a doctor’s appointment scheduled. The friendship will slowly fade away. The friendships of childhood are usually unstable. So, even if your kid is still friends with that rude kid, just back off. Let the friendship run its course.

What about handling your teen?

Intervening in your young one’s friendship is rather easier but the trickier part is intervening in a teen’s friendship. They are never going to end a friendship just because you told them to. Even if they know someone is not good for them, they are still going to defend them. Don’t worry, this trouble can be resolved. These strategies will guide you:

If your daughter has a bossy friend, you can begin with planting a question in her head. Like, “what do you see in Sally, she always seems critical to me.” This may trigger your daughter, but don’t react. She is definitely going to ponder on your statement sooner or later. A month down the road, you will see your daughter is not hanging out with Sally anymore.

Invite the rude kid over. Talk to him and get to know him. It is never going to be easy. Such kids don’t talk much. The key is to build a relationship with this kid. It would be great if you manage to become the positive influence on him. Your child will be super surprised to see how easily you have accepted his friend. Play with psychology: If you like him, it’s going to piss your child off. Pretty soon, he will start avoiding this friend.

If something is unacceptable, then make clear rules about it in the house. No exceptions! If you cannot forbid the friendship altogether, then limit it. Have a discussion with your child about the potential impact of this friendship on him/her. They might try to defend saying that their friend is not a bad person. Give that kid a chance. If the hostile demeanor continues, your kid should know that the friendship has to end. 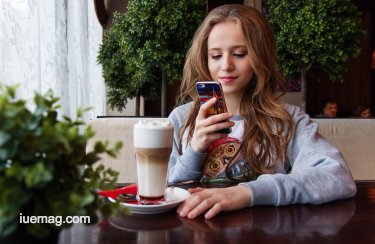 If your teen has promised you he will be ending the friendship, there is a good chance he/she is lying. What you can do is monitor their smartphone. An app that spies on iPhone/Android phone will tell you who they are texting, calling and meeting with.
It can even reveal things going on in the life of your child you don’t even know about and hence you can address them accordingly. If your kid is talking to the same intolerant friend behind your back, the app that spies on iPhone will let you know all about it.
Get the Latest & Recommended articles in your Inbox

Should you call the friend’s parents?

Sometimes, calling the kid’s parents becomes a necessity. Of course, you should not be calling to say “Hey, keep your child away from my kid.” If, as a parent, you think their parents should know what their kid is up to, then yes, make a phone call.

For example, instead of saying, “I think your daughter has some eating issues”, say, “When Sasha was over this after, I heard her throwing up in the bathroom after eating meatball and spaghetti. I thought you should know.” That’s all you should say. Nothing more, nothing less. Let the parent figure out on his/her own. And it’s always good to have an app that spies on iPhone of your child. You never know what they are cooking up with their friends.

If you have had experiences where you have found it hard to deal with issues with kids, teens and adolescents share them here in comments or tweet them to us @iUeMagazine
Copyrights © 2023 Inspiration Unlimited eMagazine

This Page Has Inspired
1274
People So Far..
Any facts, figures or references stated here are made by the author & don't reflect the endorsement of iU at all times unless otherwise drafted by official staff at iU. This article was first published here on 22nd September 2017.