Punch that hangover in the face.
This Page Has Inspired
1039
People So Far..
The morning after drinking, while terribly unpleasant, is a time to look back on the previous night. You can use this reflection not only for memories, but as reminders that can help you prepare for future nights out. Drinking itself is terribly unhealthy. The empty calories along with the overexertion of the liver are sometimes too much. 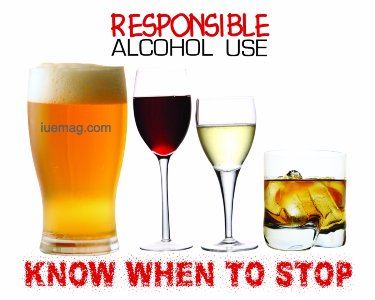 Harm reduction is a public health technique. HarmReduction.org defines harm reduction as “Harm reduction is a set of practical strategies and ideas aimed at reducing negative consequences associated with drug use. Harm Reduction is also a movement for social justice built on a belief in, and respect for, the rights of people who use drugs.”

Harm reduction is generally used as term to describe a series of techniques to reduce the harm done by injection drugs such as heroin. But there are techniques people can use to reduce the harm caused by things other than drugs. Seat belts are a fantastic example of harm reduction. Seat belts usually do very little – except for the one time a person gets in an accident.

In terms of preventing substance abuse, using a harm reduction approach can maximize health and wellness. It could prevent people searching the web for the best alcohol rehab programs.

Instead, harm reduction techniques could be used on a personal level to save the body from the harm and destruction that alcohol can bring. One of the more immediate worries that comes with drinking is how to avoid the dreaded hangover. The easiest tip is to drink and eat before you drink. Consider filling up on the proper nutrients before a night of heavy drinking. It could slow the absorption of alcohol into your bloodstream and might lead to a smaller hangover or maybe even help you avoid one entirely.

Another important tactic is planning out your night. Know where you're going, when you’re going, and who’s going with you. This can help in a variety of ways. Most importantly, it can help you avoid driving under the influence of alcohol. But it can also help you avoid paying for unfinished drinks at bars or for multiple unnecessary rides.

Planning your night can also help you remember to consume food. Again, this can slow down the body’s absorption of alcohol, which could help you avoid blacking out or throwing up. It can even help you to be prepared for unlikely events, such as sex. For instance, it could prompt you to pack a condom. When inhibitions are low, anything can happen.

In a big picture sense, various entities need to watch and make plans for completely different sets of circumstances. On a societal level, the government and different organizations need to plan for different kind of outcomes. For example, Mothers Against Drunk Driving (MADD) will have an entirely set of desired outcomes from an organization that promotes safe and moderate drinking. Due to such differences, planning a government program for harm education can be difficult. Research might lead people to believe that one tactic is better than the other.
Get the Latest & Recommended articles in your Inbox

The goal of harm reduction is to reduce the harm that alcohol can create for individuals. Research suggests that promoting drinking safely and in moderation can help create a safe society. As its experience with the complete prohibition of alcohol has shown, the U.S. has demonstrated that it's going to drink no matter what.

Promoting total abstinence from alcohol has accomplished very little. Those resources could be used to help people and teach them how to consume alcohol in a safer manner. The late addiction specialist Dr. G. Alan Marlatt agreed with this sentiment. In the abstract for the paper “Harm reduction approaches to alcohol use: health promotion, prevention, and treatment,” Marlatt said:

“Although several studies have demonstrated that controlled drinking is possible and that moderation-based treatments may be preferred over abstinence-only approaches, the public and institutional views of alcohol treatment still support zero-tolerance.” He added that “[o]verall, empirical studies have demonstrated that harm reduction approaches to alcohol problems are at least as effective as abstinence-oriented approaches at reducing alcohol consumption and alcohol-related consequences.”

To help reduce the effects of alcohol, some countries have legalized alcohol at an earlier age, an age when young people are more likely to be in the presence of adults. This can help a young person learn about the positives and negatives of drinking in a safer environment. Other countries have published guides on how to reduce the harm of drug and alcohol use. For example, the Australian government has created the publication “Alcohol, Risk and Harm Reduction: Drinking Amongst Young Adults in Recreational Settings in Perth.”

These harm reduction practices can make a night of drinking more enjoyable and could help prevent some of its negative repercussions. Whether the tactics involve the government using public channels to share information on how to drink safely or an individual’s decision to eat a filling dinner before drinking, these techniques can reduce the harm of alcohol. What's the point of trying to eliminate drinking if people are going to do it anyway? Why not make it as safe as possible?

Author Josh Drzewicki is a person who stutters and is a writer for Elite Rehab Placement.
Copyrights © 2023 Inspiration Unlimited eMagazine

This Page Has Inspired
1039
People So Far..
Any facts, figures or references stated here are made by the author & don't reflect the endorsement of iU at all times unless otherwise drafted by official staff at iU. This article was first published here on 21st September 2017.